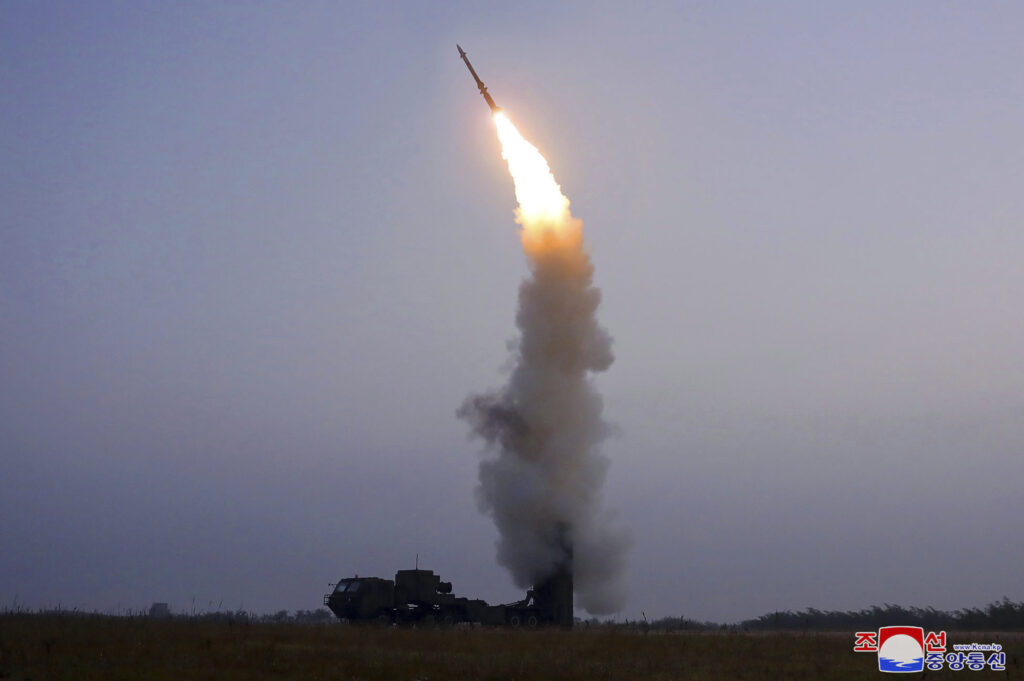 The Council met behind closed doors on Friday upon requests from the United States and other countries over the North’s missile launches.

The meeting came a day after Pyongyang fired a newly developed anti-aircraft missile, the latest in a recent series of weapons tests including the launches of a previously unseen hypersonic missile, ballistic missiles and a cruise missile with potential nuclear capabilities.

Jo accused the Council of double standards as it remains silent about U.S. joint military exercises and weapons tests with allies, while taking issue with the North’s “self-defensive” activities.

“This is a denial of impartiality, objectivity and equilibrium, lifelines of the U.N. activities, and an evident manifestation of double-dealing standard,” Jo said in a statement carried by the official KCNA news agency.

Jo warned the council could face consequences if it continues to breach the North’s sovereignty “with the double-dealing stick” and rely on “the U.S.-style brigandish way of thinking and judgment.”

Pyongyang has said in recent weeks that its weapons tests are aimed at boosting its defense capabilities just as other countries do, accusing Washington and Seoul of “double standards ” and “hostile policy” toward it.

The tests underscored how the reclusive state has been constantly developing increasingly sophisticated weapons, raising the stakes for stalled talks aimed at dismantling its nuclear and missile programs in return for U.S. sanctions relief.

The United States has criticized the launches as “destabilizing” and posing regional threats, but said it has no hostile intent toward North Korea, urging it to accept offers to resume negotiations.

“We’ve made specific proposals for discussions with the North Koreans, but have not received a response to date,” she told reporters.