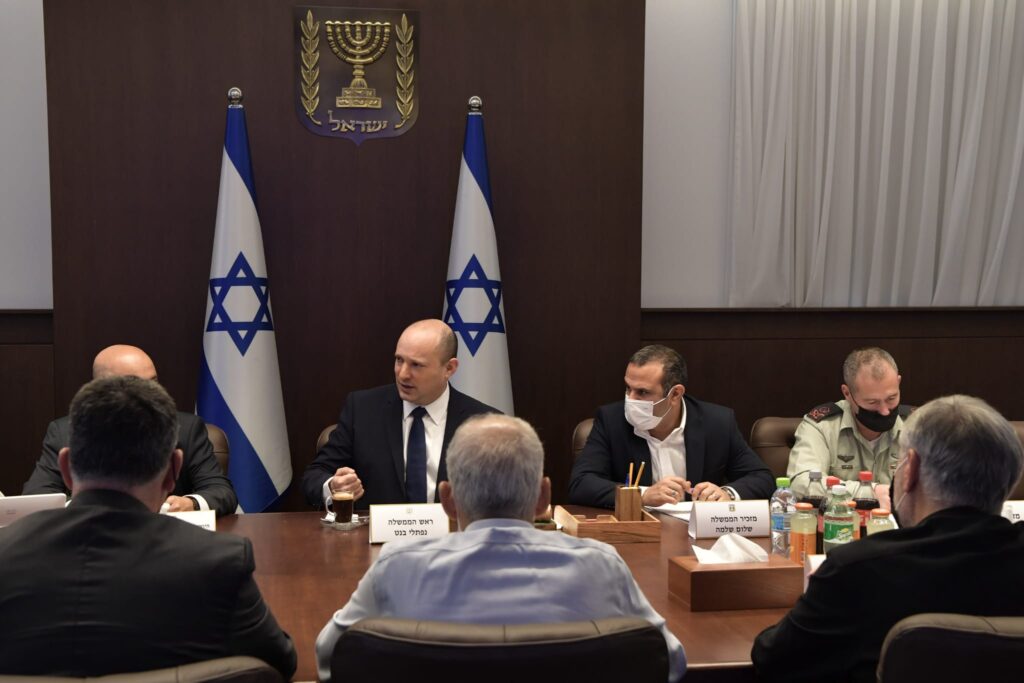 A special interministerial team on fighting crime and violence in the Arab sector, chaired by Prime Minister Naftali Bennett, convened for the first time on Sunday, as the number of Arab Israelis murdered since the beginning of the year reached almost 100.

“The situation regarding violence in the Arab sector has reached the red line. The problem was pushed aside and neglected for years until it reached outrageous proportions, as we have seen over the past year,” stated Bennett.

The majority of the Arab Israeli MKs remained silent or refused to condemn the violent incident.

“The state is now mobilizing to protect Arab citizens from the blight of crime and illegal weapons, and from murder and protection rackets. This will take considerable time, effort and resources. And while the state is mobilizing, the Arab public must understand that the security forces are not the enemy – they are the solution. Do not accuse the state; rather, go with it hand in hand,” said Bennett.

“A state within a state has developed here over the years; I think that we are all now aware of this. Dealing with this magnitude will not take a day or two but we are on it. We are taking action and will continue to do so,” Bennett said.