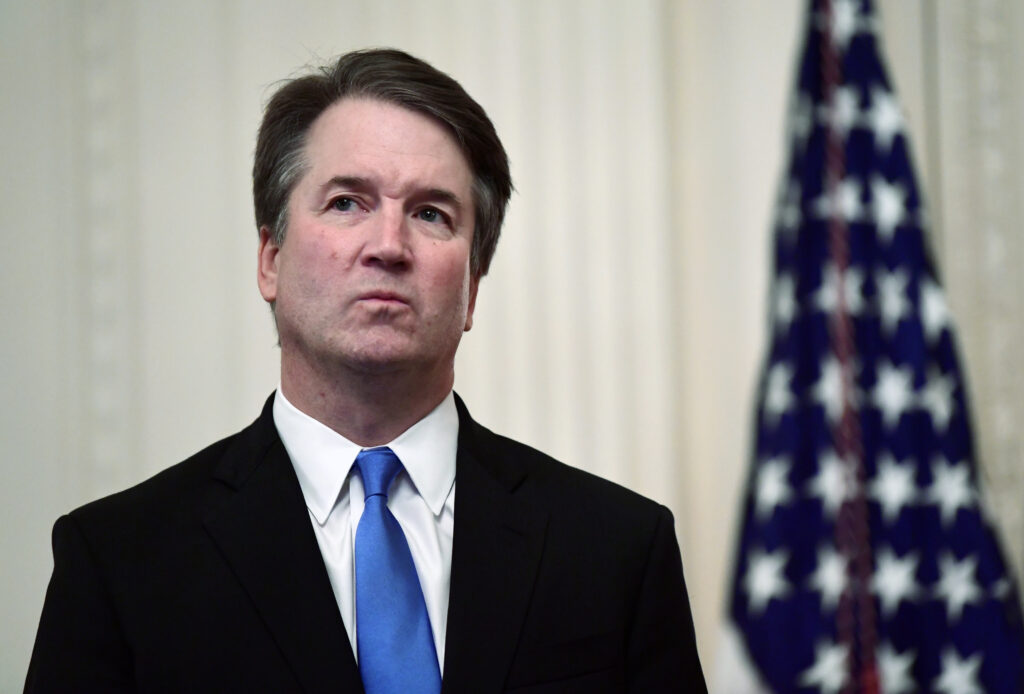 Justice Brett Kavanaugh tested positive for COVID-19 despite being vaccinated, the Supreme Court said Friday. The court said the 54-year-old justice has no symptoms.

It’s the first time the court has reported that a sitting justice has tested positive for the virus, although Amy Coney Barrett had COVID-19 last year before she joined the high court.

Kavanaugh was the only one of the nine justices to skip Friday’s ceremonial swearing-in for Barrett, an event that itself was delayed nearly a year because of the coronavirus pandemic.

All the justices were tested in advance of the ceremony. They also had been tested before they met in private on Monday to discuss adding additional cases to their docket. All were negative then, the court said.

Kavanaugh will participate remotely from his home next week during oral arguments, the court said. The new term begins Monday, when most of the justices will return to the courtroom to hear arguments after an 18-month absence due to the pandemic.

Oral arguments scheduled for October, November and December will be in the courtroom but those sessions will not be open to the public. Attorneys who argue before the court will have to have a negative COVID test to participate in person and wear a mask when not arguing. The public will continue to be able to listen to live broadcasts of the arguments.

The Centers for Disease Control and Prevention recommends that people without symptoms self-isolate for 10 days after a positive COVID test. Kavanaugh took his test and was informed of the results on Thursday, the court said.

Kavanaugh took part Wednesday in an annual three-mile run for charity in Washington that included other judges, elected officials, government workers and reporters. The court did not say how he might have come into contact with the virus.

The other justices were present for Barrett’s ceremonial swearing-in. The five-minute ceremony in the justices’ courtroom was a lower-key affair than past ceremonies, with approximately 100 guests at the invitation-only event. Former President Donald Trump and Melania Trump, who attended the ceremonies for Trump’s other two high court appointees — Kavanaugh and Justice Neil Gorsuch — did not attend nor did President Joe Biden.

While the guests wore masks, Barrett did not nor did any of the other justices except Justice Sonia Sotomayor, who has diabetes. All the justices have been fully vaccinated for months.