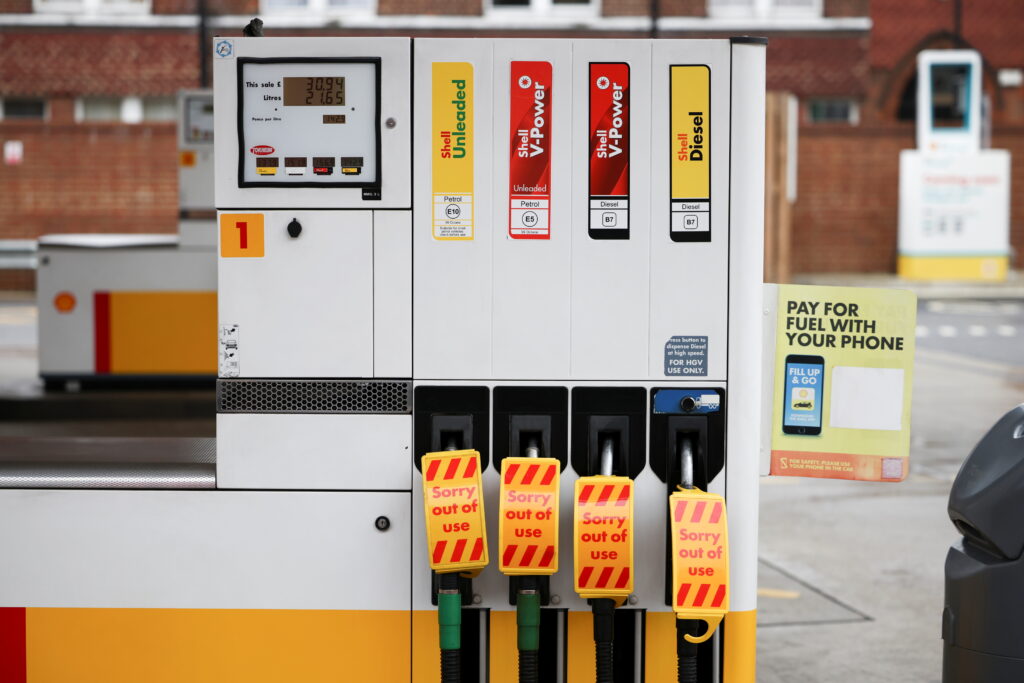 Gas stations in London and southeast England continue to suffer a lack of fuel although the situation has improved in northern England and Scotland, the Petrol Retailers Association (PRA) said on Saturday.

Britain will from Monday deploy military tanker drivers to deliver fuel after a chaotic week of shortages that has resulted in panic buying and some drivers hoarding petrol in water bottles.

The chairman of the PRA told Sky News his organization’s survey showed that only 16% of more than 1,000 sites checked on Saturday had no fuel, an improvement on the 27% reported to be dry on Friday, but local bottlenecks remained.

“It is much better in the north and Scotland, and London and the south east really remain the critical area going forward into next week,” PRA Chairman Brian Madderson said.

The survey also showed that 68% of sites now had both petrol and diesel available to buy.

With an acute shortage of truck drivers straining supply chains to breaking point, the government said on Friday that 200 military tanker personnel will complete their training over the weekend and start deliveries on Monday.

Members of the military were pictured at Buncefield Oil Depot at Hemel Hempstead, north of London, on Saturday.

Health Minister Sajid Javid said earlier in the day that the supply situation was no longer deteriorating.

“It seems the situation is stabilizing, it’s not completely over yet, that’s one of the reasons that the army have been asked to help,” he told the BBC.