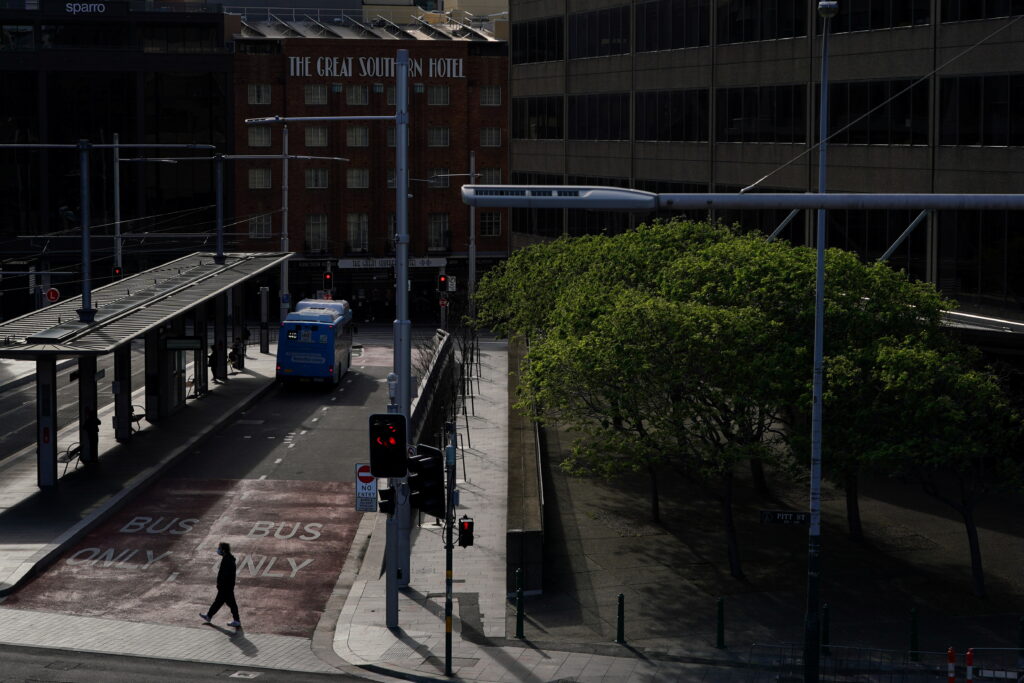 Australia reported more than 1,900 new infections of the Delta coronavirus on Sunday, health data showed, with authorities struggling to quell the outbreak in the two most populous states and cases spreading to new states.

Victoria and New South Wales, which have been under lockdown for weeks, reported 1,887 cases and 13 deaths.

The island state of Tasmania, which has not had a case for 58 days, reported a new local infection late on Saturday, and there were new cases in South Australia state over the weekend.

Queensland state has been largely COVID-19-free and reported no new infections.

Victoria and New South Wales are expected to open up once 80% vaccination is reached, but authorities have warned that case numbers are expected to soar and hospitals will come under strain as Australia learns to live with COVID-19.

New South Wales expects to reach that target by the end of October or early November, with Victoria a few weeks later.

“It will be hardest and most challenging time for our nurses, and ambulance workers and doctors,” Victoria Premier Daniel Andrews warned on Sunday.

Australia is also set to gradually lift its 18-month ban on international travel from next month for some states when 80% of people aged 16 and over are fully vaccinated. As of Saturday, 56% of Australians nationally were fully inoculated and 80% have received at least one shot.

Australia closed its international borders in March 2020, allowing only a limited number of people to leave or citizens and permanent residents abroad to return. All arriving passengers have been subject to a mandatory 14-day quarantine period in a hotel at their expense.

Despite the new cases reaching record daily levels in recent months, Australia has avoided the high caseloads of other developed countries, with just over 110,000 infections total since the start of the pandemic and 1,334 deaths.