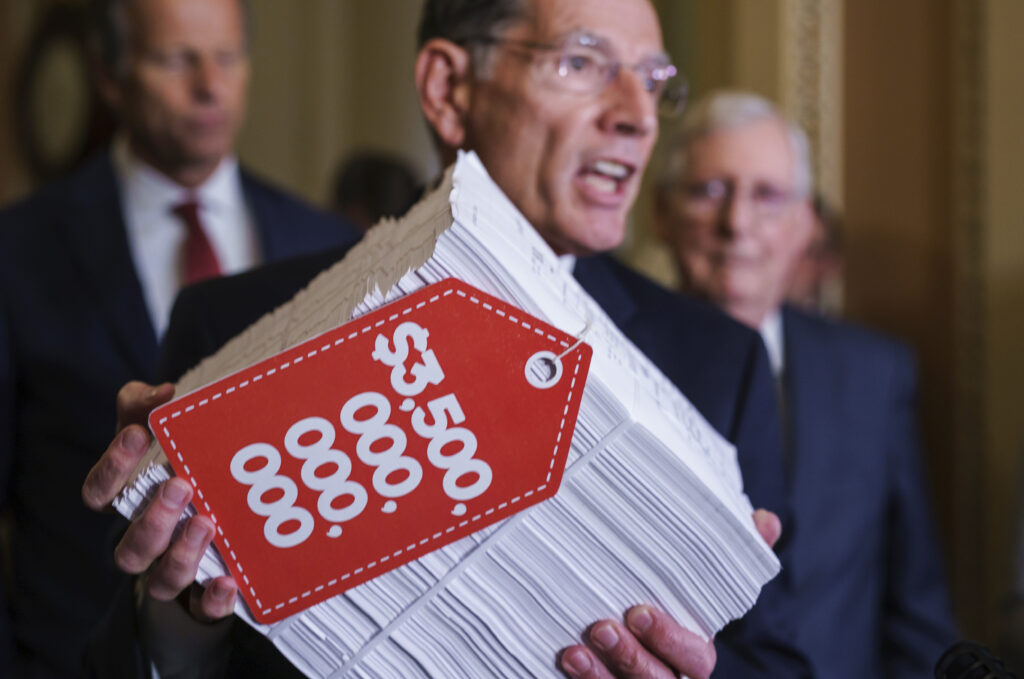 Democrats in the U.S. Congress were moving to head off one of several concurrent crises they face this week, saying they would vote to avert a government shutdown before funding expires at midnight on Thursday.

The Senate could vote on Wednesday or Thursday on a bipartisan resolution to fund federal operations through early December, Senate Democratic Leader Chuck Schumer said.

“With so many critical issues to address, the last thing the American people need right now is a government shutdown. This will prevent one from happening,” Schumer said.

The scramble follows a series of votes in which the Senate tried to both fund the government and head off a potentially catastrophic federal government default next month, after Republicans twice blocked Democratic attempts to raise the nation’s $28.4 trillion debt ceiling.

If this latest resolution passes the Senate, the House of Representatives could vote quickly to send the measure to President Joe Biden to sign into law before the start of the new fiscal year on Friday.

That would avert a partial government shutdown in the middle of a national health crisis. Biden‘s Democrats, who narrowly control both chambers of Congress, campaigned on a platform of responsible government after Republican Donald Trump’s turbulent four years in office.

More risks lie ahead as progressive House Democrats are vowing to vote against a $1 trillion infrastructure bill set to come to the floor on Thursday, due to intraparty fights over a social spending bill that could cost as much as $3.5 trillion.

With Democrats deeply divided over his legislative agenda, Biden canceled a Wednesday trip to Chicago so that he could lead negotiations with Congress, the White House said.

According to a source, a White House staffer was meeting on Wednesday at the Capitol with moderate Democratic Senator Kyrsten Sinema, who has expressed deep concern over the size of Biden‘s plans and has the power to block them due to the Democrats’ razor-thin majority in the Senate.

Behind it all looms the threat of the federal government hitting its debt ceiling around Oct. 18, an event that could cause a historic default with long-lasting economic fallout and implications for financial markets.

The House and Senate may vote on a separate bill that temporarily lifts the debt limit, although that too is the subject of a bitter partisan fight.

Senate Republicans refuse to vote for it, telling Democrats to act alone, while Schumer has demanded bipartisan cooperation on a measure to address debts racked up during both Democratic and Republican administrations.

“There’s a number of options, but you can take it to the bank Democrats will not let the government default even if Republicans will not vote for it,” Democratic Senator Tim Kaine predicted.

Investment bank Goldman Sachs this month described the standoff as “the riskiest debt-limit deadline in a decade.”

The larger bill that Biden must negotiate aims to expand social programs and address climate change. Several senior Democrats have said that the “reconciliation” bill – so called because it is being drawn up under a budgetary procedure to avoid Senate rules requiring 60 votes out of 100 members for passage – will need to be scaled back to pass.

With Biden fully engaged with Sinema and Manchin, other Senate Democrats avoided criticizing them but showed no sign of relenting on their own demands.

“We’re going to work very hard to ensure that we have a robust climate program that is in the reconciliation bill,” progressive Senator Ed Markey told reporters. “We’re not going to be satisfied unless we get it, as I’ve said many times: no climate, no deal.”

Democrats’ disarray deepened when House Speaker Nancy Pelosi stepped back from her promise to move the far-reaching legislation alongside the $1 trillion infrastructure investment bill that already has cleared the Senate on a bipartisan vote.

Progressive Democrats have threatened to vote against the smaller bill unless the larger one is nailed down first.

Pelosi confirmed to reporters that the vote on the $1 trillion bill was scheduled for Thursday. But she also noted that she as speaker has the authority to delay it.

“We want it to pass tomorrow,” she said.