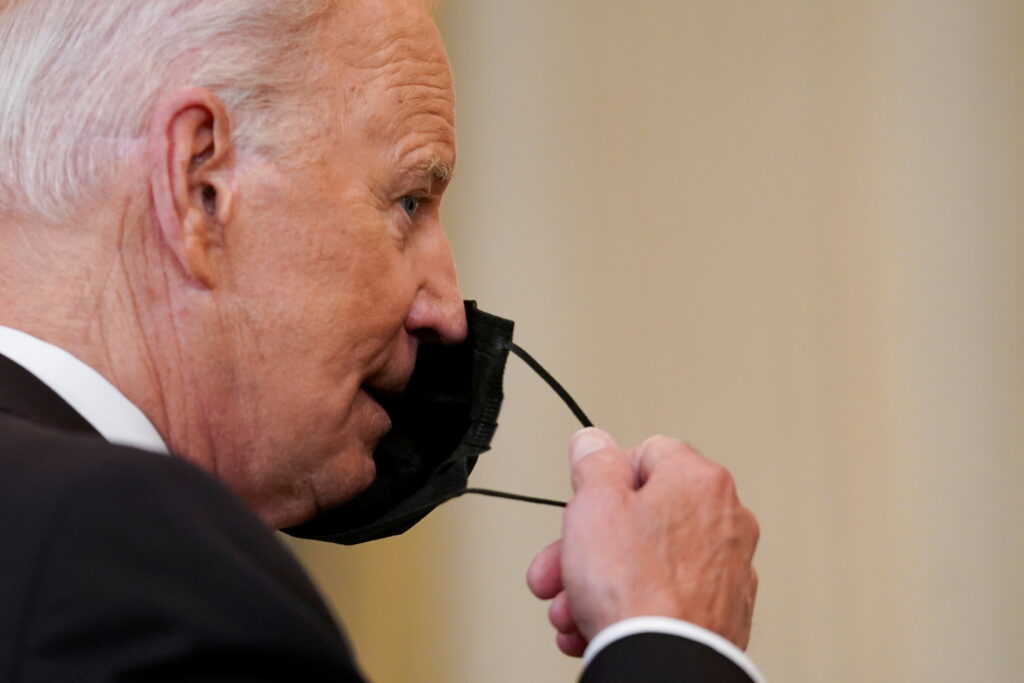 Public approval of President Joe Biden has dropped to the lowest level of his presidency, with Americans appearing to be increasingly critical of his response to the coronavirus pandemic, according to the latest Reuters/Ipsos opinion poll.

The national poll, conducted Sept. 15-16, found that 44% of U.S. adults approved of Biden’s performance in office, while 50% disapproved and the rest were not sure.

Biden’s popularity has been declining since mid-August as the U.S.-backed Afghan government collapsed and as COVID-19-related deaths surged across the country.

While most Americans support the kind of vaccine and mask requirements that Biden has ordered recently to slow the spread of the Delta variant, some Republicans have criticized what they consider to be an overreaction by the White House.

The weekly poll showed the number of Americans who approved of Biden’s response to the pandemic dropped below 50% for the first time: About 48% approved of the president’s COVID-19 policies, while 46% disapproved.

At the same point in Donald Trump’s presidency, about 38% of Americans approved of his performance in office, while 57% disapproved.

The Reuters/Ipsos poll is conducted online in English throughout the United States. The latest poll gathered responses from 1,005 adults in total including 442 Democrats and 360 Republicans. It has a credibility interval, a measure of precision, of 4 percentage points