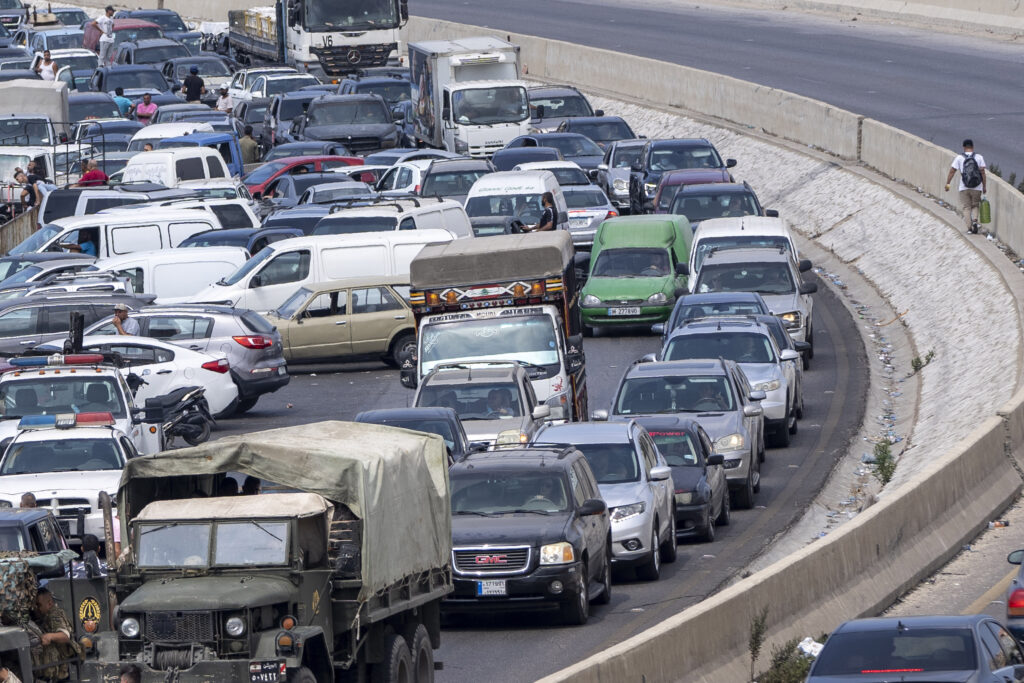 The leader of the Hezbollah terror group said Monday the first tanker carrying Iranian fuel to Lebanon has arrived in a Syrian port and the diesel will be shipped to Lebanon by tanker trucks later this week.

The arrival of the tanker comes nearly a month after Sayyed Hassan Nasrallah said the group will start bringing fuel from Iran in an attempt to ease a crippling fuel crisis that Lebanon has been experiencing for months.

The delivery, organised by the Iran-backed group, violates U.S. sanctions imposed on Tehran after former President Donald Trump pulled America out of a nuclear deal between Iran and world powers three years ago.

The arrival of the Iranian tanker carrying fuel destined for Lebanon comes days after a new government was formed ending a 13-month deadlock. Lebanon’s new Prime Minister Najib Mikati has not commented on the deal to import fuel from Iran.

Nasrallah said in a televised speech Monday night the group chose to have the tanker dock in a Syrian port to avoid embarrassing the Lebanese state and risking sanctions on Lebanon.

Syria, also under U.S. sanctions, has been mostly relying on oil supplies from its strong ally Iran, which sent thousands of Iran-backed fighters, including Hezbollah members, to back President Bashar Assad’s forces in the 10-year conflict there.

Nasrallah said the tanker arrived in the Syrian port of Banias early Sunday and the process of unloading the fuel began the same day. He added that the Syrian government has mobilized dozens of tanker trucks to transport the diesel to the eastern Lebanese town of Baalbek by Thursday.

Nasrallah said three other tankers carrying diesel and one carrying gasoline will arrive in the coming weeks.

He said diesel will be donated for a period of one month to institutions including public hospitals, nursing homes, orphanages, water stations and the Lebanese Red Cross. Nasrallah added that others who will get fuel at low prices are private hospitals, medicine and serum factories, bakeries and cooperatives that sell food products.

Nasrallah said Hezbollah will be supplying gas stations linked to the group around the country. “We are not competing (with the state) but we want to add the flow of fuel to the market,” he said.