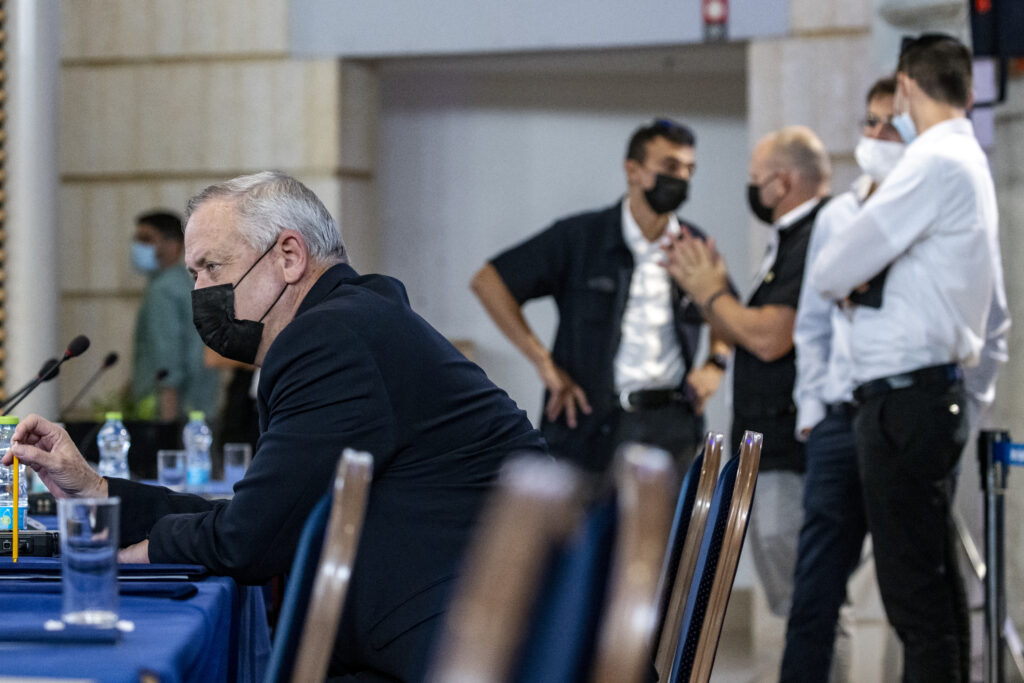 As Israeli security forces carried on their hunt for two Palestinian prisoners still at large after last week’s escape, Defense Minister Benny Gantz reiterated that Israel’s quarrel was with terrorists, not the general Palestinian population.

“Israel has no desire to harm the routine lives of Palestinians and we are seeking economic and other civilian measures in order to continue strengthening our coordination with the Palestinian Authority,” he said on Tuesday at a tour with other senior officials of the IDF’s Central Command.

Following a meeting recently with PA President Mahmoud Abbas, Gantz announced a large loan to the ever cash-strapped PA, a raise in the number of workers permitted to enter Israel, easement of restrictions on the Gaza fishing zone, among other measures.

But, he said, “if any terror organizations rear their heads – we will make sure to take them down. This is true both in Yehuda and Shomron as well as in Gaza. We will continue to enable millions of lives to continue in their routine while acting with all the means at our disposal.”

Hamas and Islamic Jihad commended attacks on Israelis since the breakout and have threatened further violent response if the remaining escapees are harmed.

Meanwhile, the four escaped prisoners who were recaptured last weekend will be allowed to meet with their attorneys after midnight Tuesday, according to the Kan public broadcaster.

Since their recapture, the Shin Bet prevented the four men from meeting with their attorneys, but the ban will shortly be lifted, reports Kan.