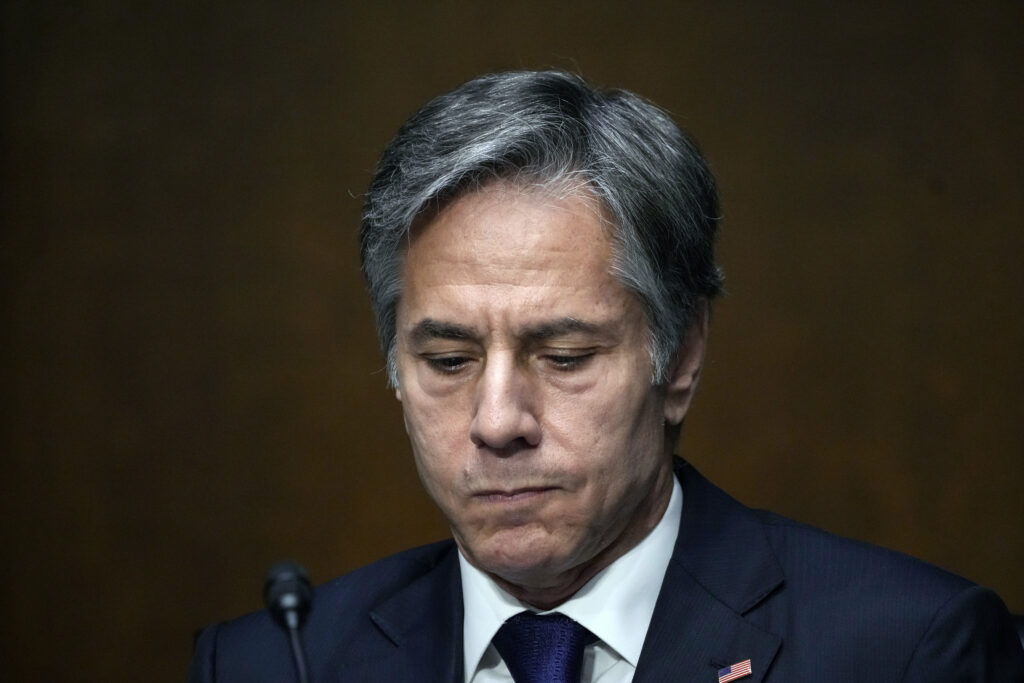 Testifying before the Senate Foreign Relations Committee, Blinken sought to parry a new wave of bipartisan lawmaker anger over the operation that resulted in the complete takeover by the Taliban, and has left many American citizens, green card holders and at-risk Afghans stranded in the country.

The top two members of the committee, New Jersey Democrat Bob Menendez and Idaho Republican James Risch, both assailed the withdrawal as a debacle in their opening remarks.

“The execution of the U.S. withdrawal was clearly and fatally flawed,” said committee chairman Menendez, who has been generally supportive of President Joe Biden’s foreign policy but has taken issue with several of its aspects, including Afghanistan.

“This committee expects to receive a full explanation of this administration’s decisions on Afghanistan since coming into office last January,” Menendez said. “There has to be accountability.”

“The withdrawal was a dismal failure,” said Risch, the ranking GOP member of the panel, accusing the administration of “ineptitude” that has cost the United States international credibility, led to a deadly attack on U.S. troops and Afghan civilians at the Kabul airport and left many in the lurch.

Much as he did on Monday in an often contentious hearing before the House Foreign Affairs Committee, Blinken tried to deflect the criticism and maintained the administration had done the best it could under extremely trying and chaotic circumstances.

Blinken again blamed the Trump administration for its Feb. 2020 peace deal with the Taliban that he said had tied Biden’s hands, as well as the quick and unexpected collapse of the Afghan government and security forces that led to the Taliban takeover on Aug. 15.

“Even the most pessimistic assessments did not predict that government forces in Kabul would collapse while U.S. forces remained,” he said. “They were focused on what would happen after the United States withdrew, from September onward.”

Sen. Marco Rubio, R-Fla., demanded to know how the intelligence had been so wrong, suggesting that not only the wrong people were in charge of assessing the situation but that the policy had been incoherent.

“This was a failure of policy and planning,” said Rubio, a frequent critic of Biden’s. “China, Russia and Iran look at this as incompetence they might be able to exploit.”

The State Department has come under heavy criticism from both sides for not doing enough and not acting quickly enough to get people out of the country after the Taliban took control of Kabul, cementing its hold on the country before the completion of the U.S. withdrawal on Aug. 30.

Blinken defended the withdrawal and the end of America’s longest-running war as “the right thing to do” after 20 years. And, he noted that despite severe difficulties the U.S. and its allies had managed to evacuate some 124,000 people.
“The evacuation was an extraordinary effort — under the most difficult conditions imaginable — by our diplomats, military, and intelligence professionals,” he said.

Even some Democrats, though, were unswayed.

Sen. Jeanne Shaheen of New Hampshire, the only woman on the committee who has long fought for the U.S. to protect the advances made by Afghan women and girls, lamented the current situation and said presidents and lawmakers of both parties shared the blame for the situation.