Israel Bennett Stands by His Decision to Join Coalition
Israel 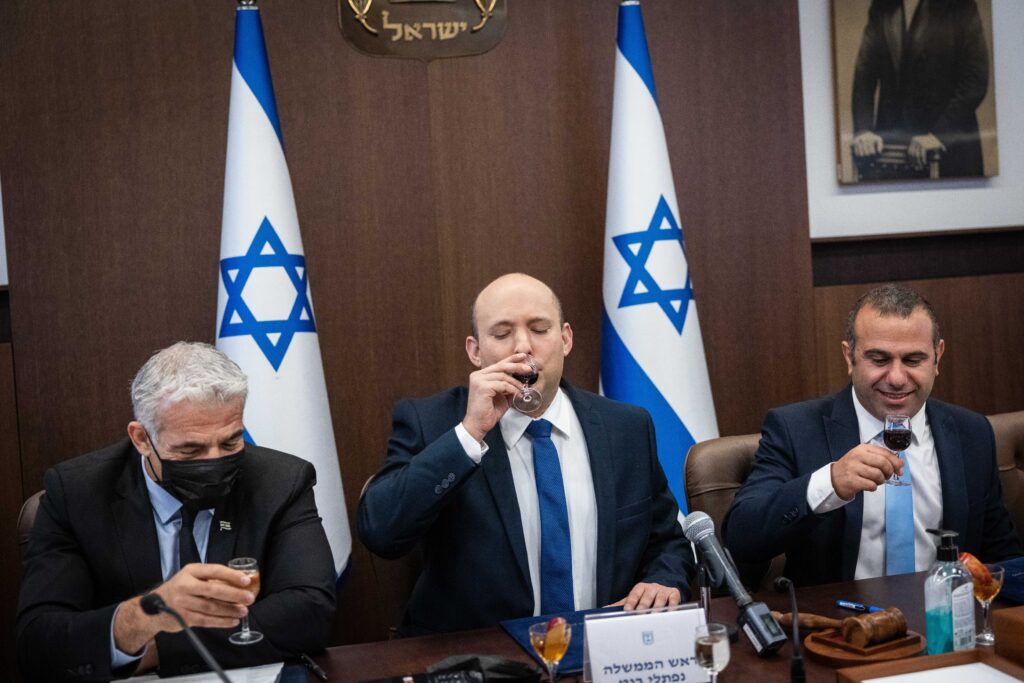 Prime Minister Naftali Bennett said on Tuesday that he stands by his decision lead his right-wing Yamina party into a government with center, left and Arab parties.

Acknowledging the angry condemnations that have rained down upon him in his first months in office, he told interviewers:

“There are quite a few people among the public who were very disappointed by the fact that this government was created and how it was created,” Bennett told Walla, referring to his becoming prime minister though his party has only six MKs, and the reliance on the Islamist Ra’am party to maintain a majority in the Knesset.

“I hope and ask that they come with an open mind and judge me and the government by our actions… I know a lot of people are angry, and that’s okay, and I stand by my decision,” he said.

Meanwhile, opposition leader Binyamin Netanyahu has reportedly not given up on persuading his erstwhile prime ministerial alternate, Defense Minister Benny Gantz, to leave the coalition for another try at a partnership with him.

Netanyahu posted a comment on Monday night accusing Gantz of “displaying weakness in every direction,” which led to this week’s terrorist attacks in Yerushalayim. Speculation followed that Netanyahu was no longer seeking to hook up again with Gantz.

But a Netanyahu associate sought to dispel the impression. “Anyone who can help us return to power will be welcomed, including Gantz, so [the speculation] is incorrect,” he said.

Last month, there were reports that Netanyahu would offer to let Gantz serve as prime minister for four years with Netanyahu as his alternate, and then rotate. Gantz did not respond publicly at the time, though Foreign Minister Yair Lapid said Gantz had learned that Netanyahu was not to be trusted and that he wouldn’t consider it.