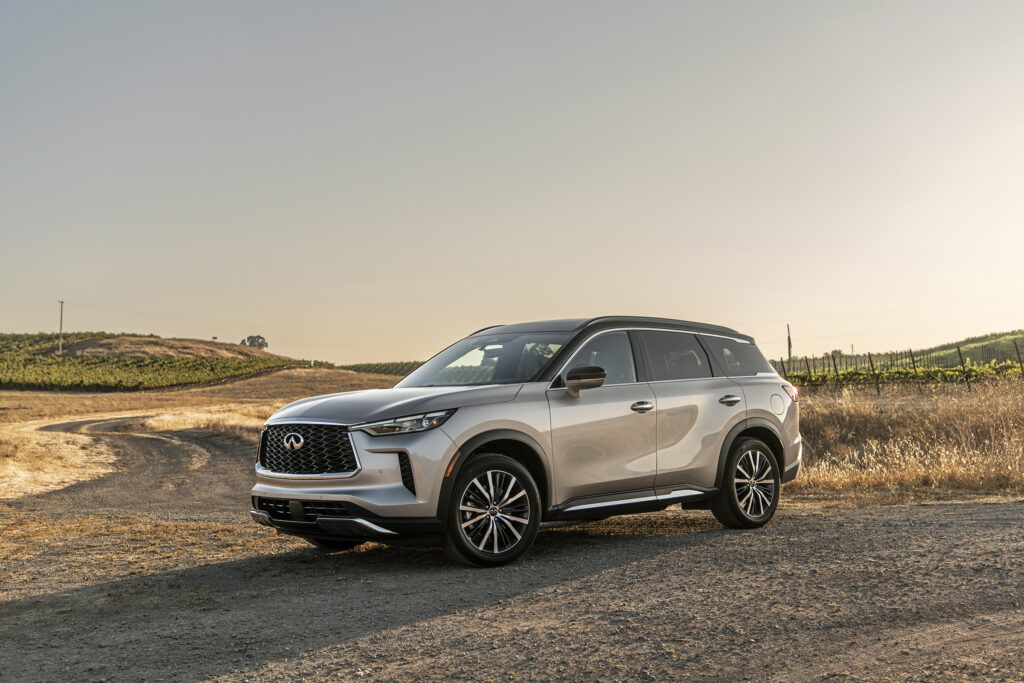 Image and popularity remain a powerful force when selling anything: music, clothing or even choosing what to drive. It’s why some long-hallowed brands bite the dust after decades of popularity. It’s not that they became any worse, it’s that their image was no longer popular.

This is why fewer consumers choose to buy station wagons or minivans anymore. They don’t have the street cred of an SUV with massive, knobby off-road tires and bucolic names. Yet station wagons, minivans and SUVs are designed with three rows of seats — for the most part — and boast a shape made for schlepping people and their debris. But those who drive SUVs are aghast at the notion that their SUV with the outdoorsy name might actually be considered nothing more than a hiked-up hatchback on steroids.

Then again, there are other drivers who are over the fiction that car buyers actually buy crossover utility vehicles because they actually need four-wheel drive for their alleged off-road lifestyle. We all know that most people buy them for their added ride height, roominess and practicality. This is why these glorified minivans no longer endow their drivers with some kind of lifestyle image. Given most CUVs lack of off-road authority, it’s no wonder that automakers ladle on the luxury instead.

Certainly Infiniti, Nissan’s luxury brand, has found success fielding luxury crossovers that travel the urban and suburban jungle, not the forest primeval. With the redesign of the three-row, midsize QX60 crossover, the brand is looking to reignite passion for a brand that’s seen declining sales since 2017.

But is the all-new 2022 QX60 enough to revive interest in Infiniti?

The 2022 QX60 is offered with two-wheel or all-wheel drive in ascending Pure, Luxe, Sensory and Autograph trim. While it shares its underpinnings with the Nissan Pathfinder, its duds are a bit more upscale in appearance. Its sloping black roof visually lowers the vehicle despite its high beltline. The bulbous front grille has been tamed, and the vehicle has a more crisp appearance. All models are fitted with a panoramic moonroof, a power liftgate and rear parking sensors.

Climb inside and you’ll find the Infiniti QX60 retains three rows with room for seven people. Ordering the top-of-the-line Autograph model nets you second-row Captain’s chairs with a removable center console and seating for six. All of the expected luxury cues are present and accounted for, including wood trim, tri-zone automatic climate control, a 12.3-inch touchscreen with wireless Apple CarPlay, wired Android Auto, a digital instrument cluster, six USB ports, 17-speaker Bose Performance Series audio system and acres of quilted leather, including atop the instrument panel. The overall effect is one of indulgence, a fact accentuated by its massaging front seats. There’s plenty of space in the first two rows; the third row is best folded down or left to those you really don’t like. And you’ll find it to be a serene space at speed, except for those complaining about the lack of space in the third row.

Once it’s time to move, you’ll find the QX60 to be a fairly potent performer. Its 295-horsepower 3.5-liter V-6 carries over from the previous QX60, and is shared with the new Nissan Pathfinder. But it’s paired with a nine-speed automatic transmission, rather than the continuously variable automatic transmission used previously. Front-wheel drive is standard, all-wheel drive costs an extra $2,000. Towing is rated at 3,500 pounds. All-wheel-drive models can be equipped with the towing package that ups that figure to 6,000 pounds. And it includes a boatload of driver-assistance safety features.

The new transmission transforms this vehicle into a true luxury cruiser. Its power is far more accessible, as the driveline is far more responsive. The ungainly droning and delay that characterized the previous model’s CVT transmission has been banished. The QX60 now performs with potent power you’d expect. Yet it also has the requisite composure over bumps, ably absorbing the worst that the roads have to dish out. Rebound is not excessive. The steering lacks any true road feel, but that’s par for the course these days.

Certainly, if there’s any criticism, it’s that even as good as it is, there’s a certain generic quality to the vehicle, as if it’s somewhat lacking in the charisma department. What’s missing is the truly distinctive character that define the best Infiniti SUVs, such as the much-loved FX45.

But certainly, the 2022 Infiniti QX60 is a major step in the right direction, a reminder that Nissan hasn’t lost its ability to field a true luxury competitor.