How You Can Help the U.S. Coin Circulation Problem 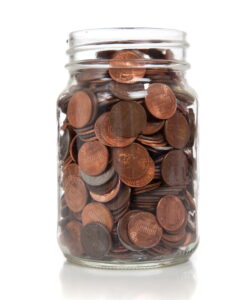 So it’s not just items like Spray ‘n Wash, Propel Water and paper napkins you may have been missing because of manufacturing backups caused by the novel coronavirus since the spring of 2020.

We also had the “coin shortage” trend of 2020 and, now, the late summer of 2021, still see the social media #GetCoinMoving hashtag moving across our feeds as the highly contagious delta strain of Covid-19 leads to new protocols.

Is there really a coin shortage? No. There isn’t a coin shortage in the United States, reports WFAA-ABC8. There’s a coin-circulation problem, according to the U.S. Coin Task Force.

The task force was formed in July 2020 and made up of members from 11 groups including the U.S. Mint, Federal Reserve, American Bankers Association and the National Association of Federal Credit Unions.

The task force found that the COVID-19 pandemic disrupted the U.S. coin supply chain. People stopped spending cash in stores and turned to electronic spending, such as via your smartphone or computer. Businesses also shuttered, which exacerbated the circulation problem.

“There is currently an adequate overall amount of coins in the economy,” according to the Federal Reserve.

You probably have many handy. Just look atop your own dresser and counter top. Bet you find gobs of pennies, nickels, dimes and quarters gathering there in containers.

“There is approximately $48.5 billion in coin already in circulation, much of which is sitting dormant inside America’s 128 million households,” the U.S. Coin Tax Force said in a statement in May 2021. “Returning coins into circulation by spending them, or depositing or exchanging them at banks or kiosks, will make a meaningful difference for the millions of American people and businesses that rely on coins to support cash transactions.”

Fast Company reports optimistically that the 2021 circulation situation should get better. “As the economy recovers and businesses reopen, more coins will flow back into retail and banking channels and eventually into the Federal Reserve, which should allow for the further rebuilding of coin inventories available for recirculation,” according to the Fed.

You can help get coins moving again:

— Spend the coins: We think there’s a psychological benefit, too. Somehow spending coins doesn’t feel as painful as parting with $20 Jackson and $10 Hamilton bills, right? So drop a dime or several on your next purchase.

— Use exact change when making purchases, too, suggests the U.S. Mint.

— Take them to your bank and exchange the coins for bills or deposit them into one of your accounts. Most banks will give you paper rolls at no charge so you can roll your own coins. Many banks will accept the coins with no fees for customers. Check with your bank for its policies or any special offers to #GetCoinMoving.

For a limited time, Regions Bank announced recently to its customers that it would take your coins, count them, deposit them to your personal account and waive its associated fee.

The coin sorters are self-serve and usually found somewhere near the store’s front entrances.

Note: There is a transaction fee at these self-service machines that takes off somewhere between 9% and 12% off the amount of your haul. This is fine when dumping a ton of pennies and other small coins you don’t want clanking around your pockets. But if you have quarters you may want to spend them rather than lop off 10% of their value, which can add up.

Coinstar lets you opt for cash, donate the amount to charity, or accept an eGift Card for use at retailers like Lowe’s, Amazon or Sephora.

— If you’re a retailer, the U.S. Coin Task Force urges you to not stop accepting cash as a first-line solution to the coin circulation issue. Also, don’t stockpile and hoard the coins you have on hand. That’s detrimental. “Coin moving through the supply chain is the quickest way to regain stability,” the task force stresses.