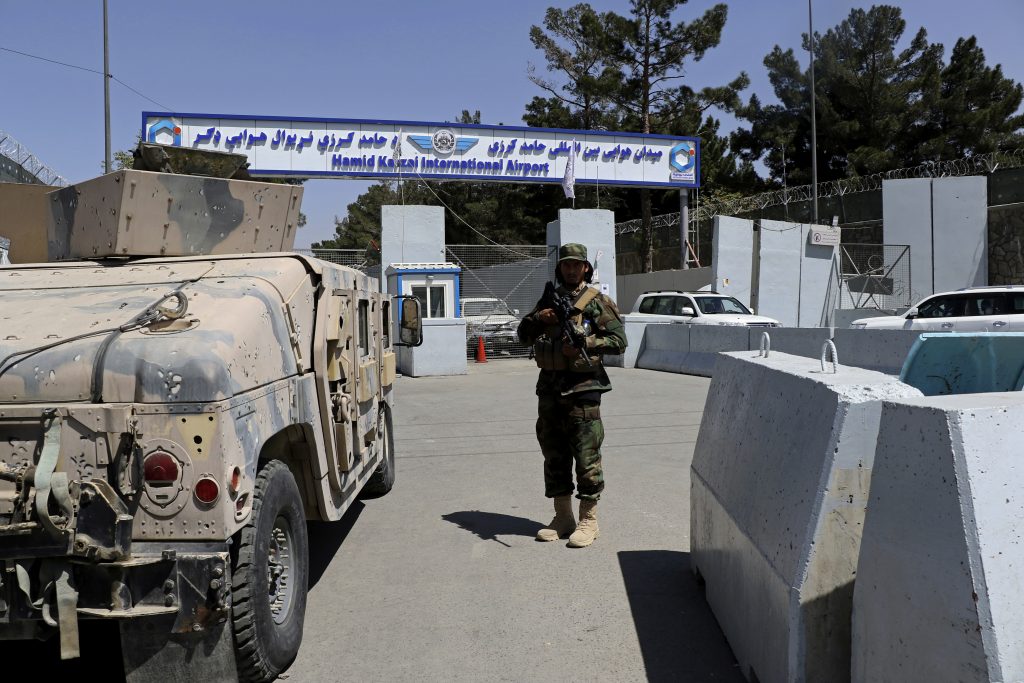 Afghanistan’s Taliban rulers resumed some domestic passenger flights to and from Kabul on Sunday, as the religious militia’s fighters stepped up an assault on the last remaining pocket of resistance being led by fighters opposed to their rule.

The anti-Taliban fighters in Panjshir province, north of the Afghan capital, are being led by former vice president Amrullah Saleh, who has appealed for humanitarian aid to help the thousands of people displaced by the fighting.

A senior Taliban spokesman tweeted Sunday that Taliban troops had overrun Rokha district, one of largest of eight districts in Panjshir. Several Taliban delegations have attempted negotiations with the holdouts there, but talks have failed to gain traction.

Saleh fled to Panjshir after Afghan President Ashraf Ghani quit Afghanistan as the Taliban marched on the capital. The fighters’ lightning blitz across the country took less than a week to overrun some 300,000 government troops, most of whom surrendered or fled.

Since the takeover, the Taliban have sought to recast the group as a different from its 1990s incarnation, when they last ruled the country and enforced strict controls across society.

Now, the world is waiting to see the face of the new government, and many Afghans remain skeptical. In the weeks since they took power, signals have been mixed: government employees including women have been asked to return to work, but some women were later ordered home by lower-ranking Taliban. Universities and schools have been ordered open, but fear has kept both students and teachers away.

Women have demonstrated peacefully, some even having conversations about their rights with Taliban leaders. But some have been dispersed by Taliban special forces firing in the air.

Still, some signs of normalcy have returned: women are on the streets, schools have opened, and moneychangers work the street corners. Traffic police have returned to duty, and giant cement barriers sealing off upscale neighborhoods have been removed.

As Taliban leaders hold meetings and promise a government in the coming days, technical teams from Qatar and Turkey are working to get the civilian airport operational.

On Saturday, state-run Ariana Airlines made its first domestic flights, which continued on Sunday. The airport is without radar facilities, so flights are restricted to daylight hours to allow for visual landing, said Kabul station manager Shershah Stor.

Several countries have also been bringing in humanitarian supplies. The Gulf state of Qatar, where the Taliban maintained a political office since 2013, is making daily flights into Kabul, delivering humanitarian aid for the war-weary nation. Bahrain also announced humanitarian assistance deliveries.