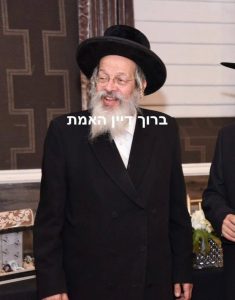 Harav Shmiel Duvid Weissmandel, z”l, 69 years old, of Mount Kisco, passed away overnight Wednesday after being swept into high water near the Tappan Zee Bridge. He had been travelling from Monsey to Mount Kisco before his car was trapped by the flooding.

He was the son of the noted Gaon Harav Michoel Dov Wesissmandel, zt”l, founder of the yeshivah of Nitra in Mount Kisco, New York.