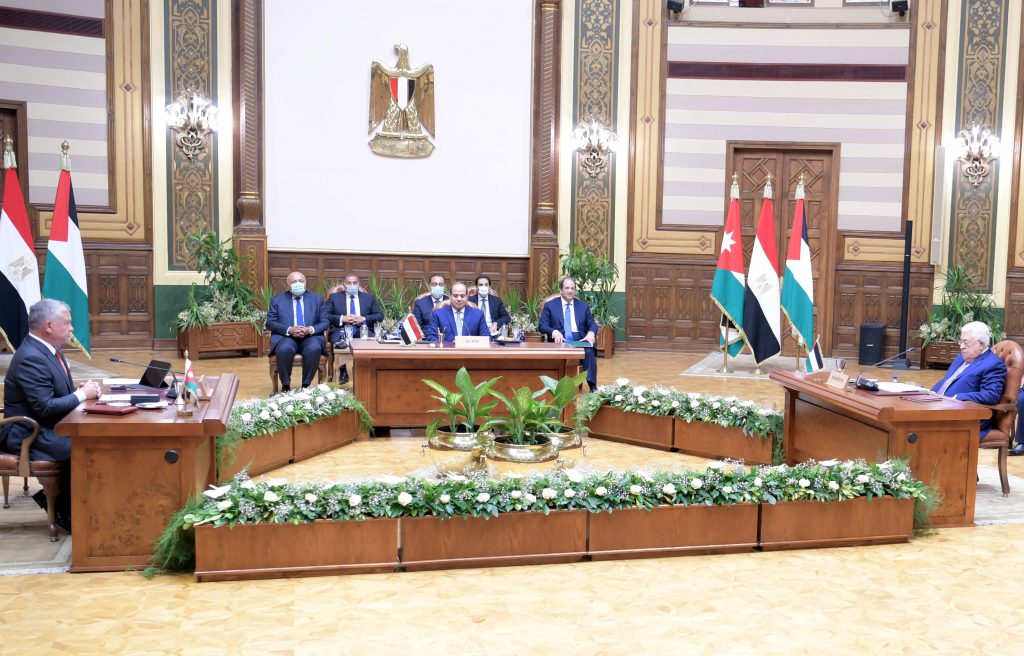 Palestinian Authority President Mahmoud Abbas said on Thursday he was ready to take confidence-building measures and restore calm in the Palestinian territories despite ongoing disputes with Israel.

Egypt played a leading role in brokering the ceasefire between Israel and Hamas after 11 days of conflict in May in the Gaza Strip, and has since been trying to help reinforce the truce amid occasional renewed flare-ups of violence and to facilitate reconstruction in Gaza.

In Cairo, the three leaders pledged “to work together to refine a vision to activate efforts aimed at resuming negotiations, and work with brothers and partners to revive the peace process,” according to a statement released by Egypt’s presidency.

Peace talks between Israel and the Palestinians collapsed in 2014 and analysts say there is little prospect of reviving them, partly due to divisions between Abbas’ Palestinian Authority (PA) and Hamas, which controls the Gaza Strip.

After Abbas met with Gantz, Israeli Prime Minister Naftali Bennett quickly played down the idea of any move towards peace negotiations, though Israel also agreed to lend the Palestinian Authority $150 million.

Bennett’s foreign minister, Yair Lapid, cast doubt on Wednesday on the prospects for a two-state solution, saying such a move could destabilize the Bennett’s cross-partisan coalition.