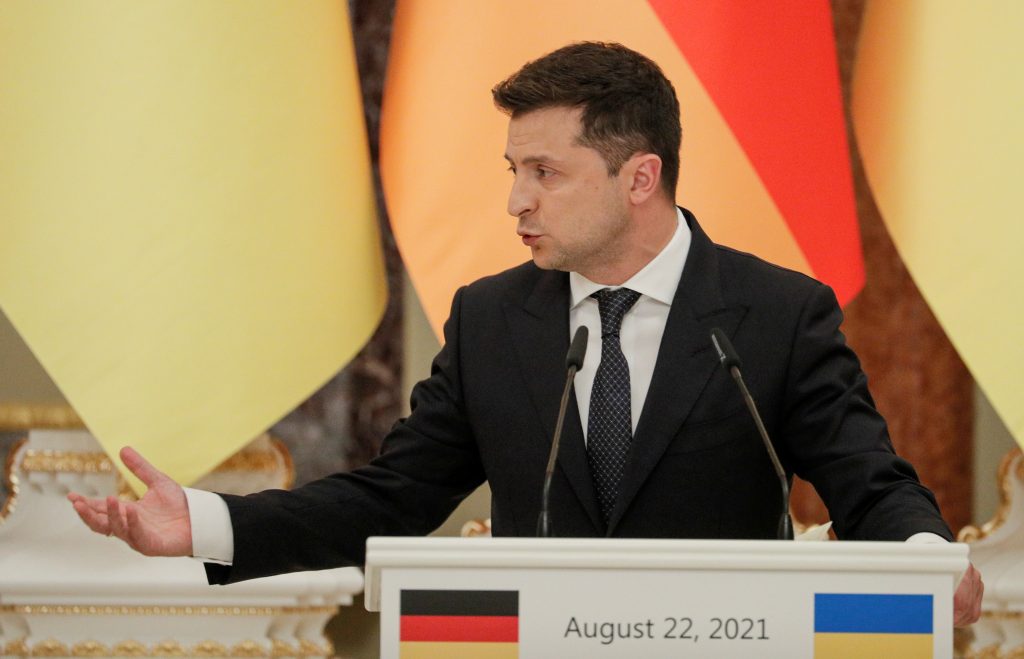 President Joe Biden meets with Ukraine President Volodmyr Zelenskiy on Wednesday and a U.S official said he will offer strong support for Ukraine’s sovereignty against Russian aggression coupled with a promise to deliver $60 million in security aid.

The two leaders, at their first face-to-face meeting since Biden took office in January, are expected to discuss their differences over the Nord Stream 2 pipeline, which Ukraine fears could be used by Russia as a geopolitical weapon, among other issues.

Zelenskiy’s visit to the White House comes after he played an unwitting and high-profile role in the process that led to former President Donald Trump’s first impeachment.

Trump, a Republican who lost the 2020 presidential election to Democrat Biden, had urged the Ukrainian leader in a 2019 phone call to investigate Biden and his son, Hunter, who had served as a director for a Ukrainian energy company. News of the phone call sparked an effort to remove Trump from office.

The Wednesday meeting takes place as European leaders take stock of Biden’s abrupt withdrawal from Afghanistan, a move that prompted some allies to raise questions about U.S. security commitments.

A senior Biden administration official told reporters in advance of the meeting that Biden will offer his “ironclad commitment” to protect Ukraine’s security and sovereignty.

Ukraine and Russia have been at odds since Russia annexed the Crimea peninsula from Ukraine in 2014 and backed separatists in a conflict in Ukraine’s eastern Donbass region, which Ukraine says has killed 14,000 people.

Biden plans to promise a new $60 million security assistance package for Ukraine that the official said would include Javelin anti-armor systems and other “defensive lethal and non-lethal capabilities” as well as $45 million in humanitarian aid.

The meeting comes after the Biden administration announced a deal last month with Germany intended partly to allay Ukrainian concerns about the Nord Stream 2 pipeline being built under the Baltic Sea to carry gas from Russia’s Arctic region to Germany.

Ukraine is concerned Nord Stream 2, a gas pipeline from Russia to Germany that bypasses Ukraine, could embolden Moscow to take further action against Kyiv and has sought guarantees over its status as a gas transit country once the pipeline becomes operational.

Biden and Zelenskiy are expected to agree to “strategic energy and climate dialogue” as a way to discuss Ukraine’s broader energy goals, the official said.

The U.S. Department of Energy said on Tuesday that officials from both countries had signed a letter of intent to cooperate on energy and climate change.

Ukraine’s drive for NATO membership will also come up in the talks. Zelenskiy told reporters in June he wanted a clear “yes” or “no” from Biden on giving Ukraine a plan to join the NATO military alliance.

Zelenskiy has urged NATO members to accelerate Ukraine’s entry into the alliance after a standoff with Russia this year that saw Russia mass additional troops and military equipment near Ukraine’s borders.

“We believe strongly that Ukraine can and should enact additional reforms to strengthen its democracy, and the United States will continue to support Ukraine’s efforts to do so,” the official said.