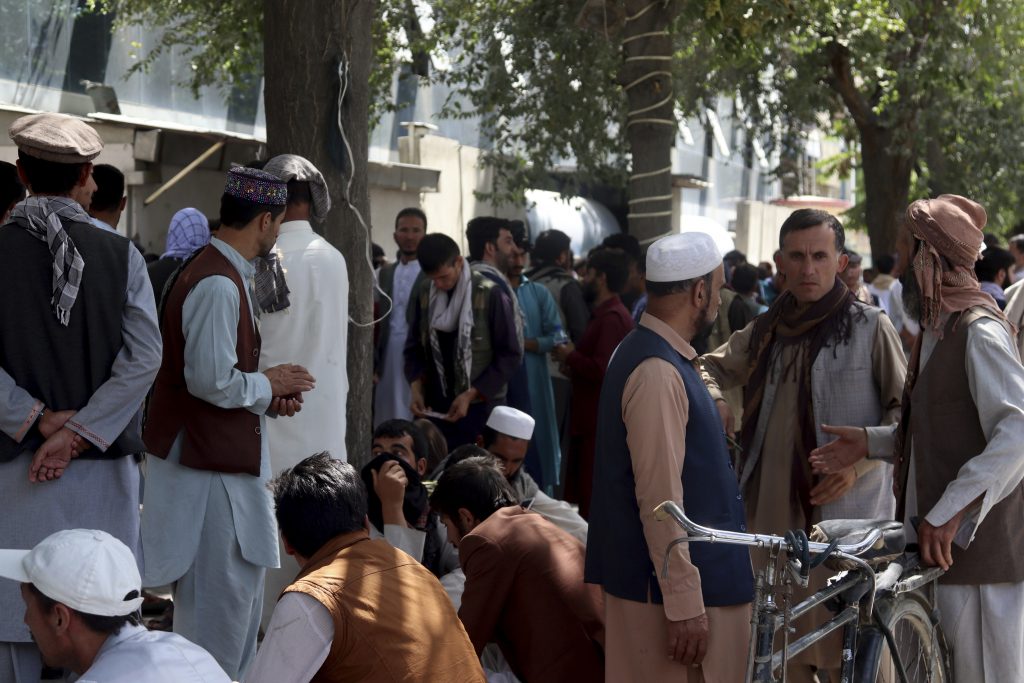 Food could run out this month in Afghanistan, a senior U.N. official warned Wednesday, threatening to add a hunger crisis to the challenges facing the country’s new Taliban rulers as they endeavor to restore stability after decades of war.

About one third of the country’s population of 38 million is facing “emergency” or “crisis” levels of food insecurity, according to Ramiz Alakbarov, the local U.N. humanitarian coordinator. With winter coming and a severe drought ongoing, more money is needed to feed the population, he said.

The U.N.’s World Food Program has brought in food and distributed it to tens of thousands of people in recent weeks. But of the $1.3 billion needed for aid efforts, only 39% has been received, he said.

“The lean winter season is fast approaching, and without additional funding, food stocks will run out at the end of September,” Alakbarov said.

The Taliban, who seized control of the country ahead of the withdrawal of American forces this week, now must govern a nation that relies heavily on international aid and is in the midst of a worsening economic crisis. In addition to the concerns about food supplies, civil servants haven’t been paid in months and the local currency is losing value. Most of Afghanistan’s foreign reserves are held abroad and currently frozen.

Mohammad Sharif, a shopkeeper in the capital of Kabul, said that shops and markets there have supplies, but a major concern is rising food prices.

“If the situation continues like this and there is no government to control the prices, that will cause so many problems for local people,” he said.

In the wake of the U.S. pullout, many Afghans are anxiously waiting to see how the Taliban will rule. When they were last in power, before being driven out by the U.S.-led invasion in 2001, they imposed draconian restrictions.

But more recently, their leaders have sought to project a more moderate image.

While many Afghans fear a return to the Taliban’s brutal rule, they are also concerned that the nation’s economic situation holds little opportunity — and tens of thousands sought to flee the country in a harrowing airlift.

Thousands who had worked with the U.S. and its allies, as well as up to 200 Americans, remained in the country after the efforts ended with the last U.S. troops flying out of Kabul international airport just before midnight Monday. President Joe Biden later defended his handling of the withdrawal.

The challenges the Taliban face in reviving the economy could give Western nations leverage as they push the group to fulfill a pledge to allow free travel, form an inclusive government and guarantee women’s rights. The Taliban say they want to have good relations with other countries, including the United States.