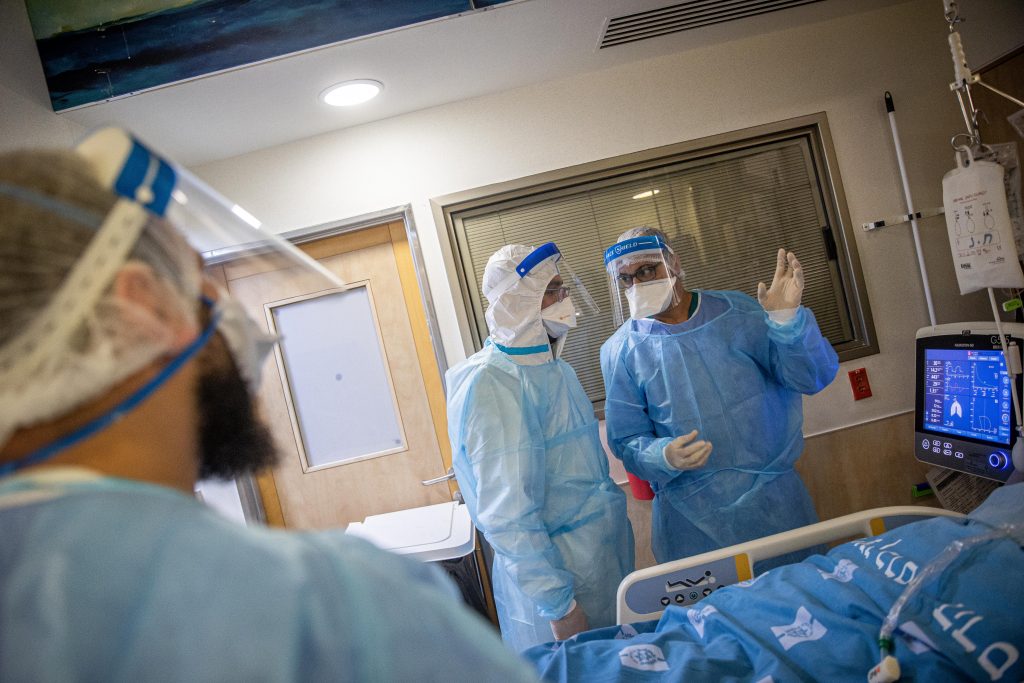 Israel has soared to the top of the world list of new coronavirus cased on a seven-day rolling average of per million people, according to the Oxford University-based Our World in Data.

The data shows that Israel has passed Montenegro and Georgia for an average of 1,013 new daily cases per million people over a week.

After showing signs of abating, the Delta variant wave seems to be on the rise in Israel again. The Health Ministry reported Tuesday that of the 145,868 Israelis it screened for the virus the day before, 10,947 (7.65%) tested positive, compared to the weekend, when an average of 8,000 Israelis were found to carry the virus.

There are 83,542 active cases in the country, with 1,122 Israelis hospitalized. Of those, 217 are in critical condition and 172 are on ventilators. according to the Health Ministry.

Israel has reported 1,066,352 cases since the outbreak of the pandemic last year. Thus far, 7,043 Israelis have lost their lives to the virus, 526 of them in August alone.

Meanwhile, Yad Sarah, one of Israel’s largest chesed organizations, has warned of a coming shortage of oxygen concentrators that could interrupt its distribution to Israelis being treated at home for COVID-19 complications, according to Channel 12 news.

Yad Sarah said that 3,361 devices are currently out on loan, with 50 additional ones each day.

At the current rate, its supply will run out by Rosh Hashanah — which starts the evening of September 6 — which will mean that those who need oxygen will have to be hospitalized.