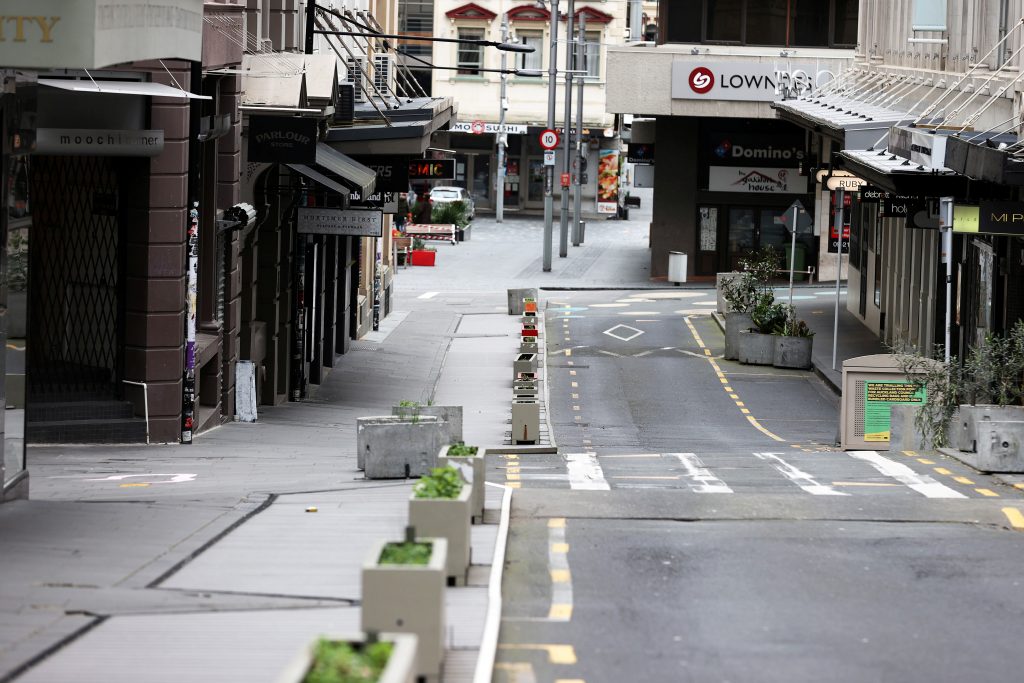 New Zealand on Friday extended pandemic restrictions by four days after which they will be eased slightly, although businesses and schools will remain shut and the biggest city Auckland will be locked down for longer.

New Zealand had been largely virus-free, barring a small number of cases in February, but that changed last week after an outbreak of the Delta coronavirus variant erupted, prompting Prime Minister Jacinda Ardern to order a nationwide lockdown.

The outbreak, which has so far infected nearly 350 people, may be reaching its peak, Ardern said at a news conference.

“We may be seeing the beginning of a plateau of cases,” Ardern said. “But caution is still required.”

She ordered all of New Zealand, except Auckland and Northland, the country’s northernmost region, to move one step lower to alert level 3 restrictions from Wednesday, Sept. 1.

This means businesses can only operate for online orders and contactless services, and bars and restaurants remain shut except for takeaways. Public venues remain closed, while the number of people at weddings and funerals are limited to 10 people.

“Yes, you might be able to order some food, but there is not a lot more in terms of freedoms,” Ardern acknowledged.

The country reported 70 new cases of COVID-19 in the community on Friday, all in the epicentre Auckland, taking the total number of cases to 347.

Ardern’s tough lockdowns and international border closure in March 2020 helped rein in COVID-19, but the government now faces questions over a delayed vaccine rollout, as well as rising costs in a country heavily reliant on an immigrant workforce.

Just about 21% of the country’s 5.1 million people has been fully vaccinated, the slowest pace among the wealthy nations of the OECD grouping.

“While the government absolutely has to weigh any decision-making with the impact on public health, the reality is that ongoing lockdowns cannot be part of our long-term future,” Watson said.

Mike Toweel, the founder of LED Display and Sign Specialist firm VitrineMedia NZ, told Reuters the lockdowns have been “heartbreaking” for small businesses.

“We are all stakeholders in the New Zealand economy,” Toweel said in a phone interview from Sydney. The Australian has been unable to return to New Zealand due to the border restrictions.

“What the New Zealand government does not address is that every time they have this knee-jerk reaction they put another chink in the armour of business confidence.”

Ardern has defended the government’s position, saying elimination was the right strategy until everyone is vaccinated.

“Our goal at the moment is to vaccinate more people than any other country in the world and at this rate New Zealand is doing very well,” she said.