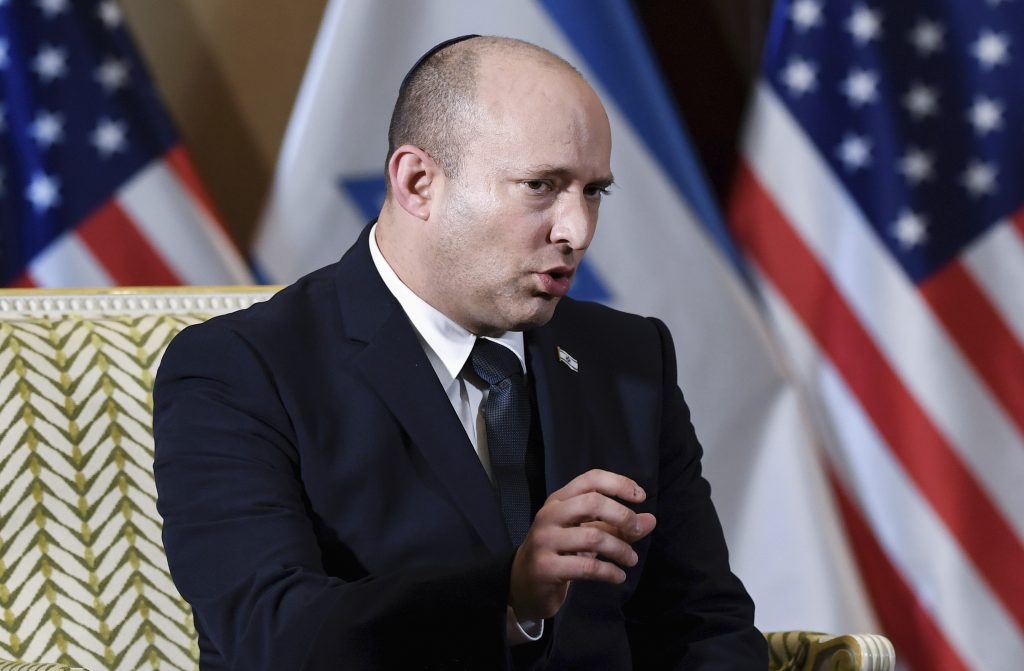 President Joe Biden and Israeli Prime Minister Naftali Bennett have postponed their White House meeting as Biden focused his attention on dealing with the aftermath of deadly explosions near the Kabul airport that killed U.S. troops and Afghans seeking to flee their country after the Taliban takeover.

Biden and Bennett were scheduled to meet late Thursday morning for their first face-to-face conversation since Bennett became Israel’s prime minister in June. The two will instead meet on Friday.

Before arriving in Washington, Bennett made clear the top priority of the visit was to persuade Biden not to return to the Iran nuclear deal, arguing Tehran has already advanced in its uranium enrichment, and that sanctions relief would give Iran more resources to back Israel’s enemies in the region.

The Israeli leader met separately Wednesday with Secretary of State Antony Blinken and Defense Secretary Lloyd Austin to discuss Iran and other issues. The visit is his first to the U.S. as prime minister.

Bennett told his Cabinet before the trip that he would tell the American president “that now is the time to halt the Iranians, to stop this thing” and not to reenter “a nuclear deal that has already expired and is not relevant, even to those who thought it was once relevant.”

Biden has made clear his desire to find a path to salvage the 2015 landmark pact cultivated by Barack Obama’s administration (when Biden was vice president) but scuttled in 2018 by Donald Trump’s. But U.S. indirect talks with Iran have stalled and Washington continues to maintain crippling sanctions on the country as regional hostilities simmer.

Trump’s decision to withdraw from Iran’s nuclear deal led Tehran to abandon over time every limitation the accord imposed on its nuclear enrichment. The country now enriches a small amount of uranium up to 63%, a short step from weapons-grade levels, compared with 3.67% under the deal. It also spins far more advanced centrifuges and more of them than were allowed under the accord, worrying nuclear nonproliferation experts even though Tehran insists its program is peaceful.

Raisi, 60, a conservative cleric with close ties to Supreme Leader Ayatollah Ali Khamenei, has suggested he’ll engage with the U.S. But he also has struck a hard-line stance, ruling out negotiations aimed at limiting Iranian missile development and support for regional militias — something the Biden administration wants to address in a new accord.

Administration officials acknowledged that Iran’s potential “breakout” — the time needed to amass enough fissile material for a single nuclear weapon — is now down to a matter of months or less.

But a senior administration official, who spoke on condition of anonymity to preview the scheduled talks, said the administration sees the maximum pressure campaign employed by the Trump administration as having emboldened Iran to push ahead with its nuclear program.

Bennett is also looking to turn the page from his predecessor, Benjamin Netanyahu.

Netanyahu had a close relationship with Trump after frequently clashing with Obama. Biden, who has met with every Israeli prime minister since Golda Meir, had his own tensions with Netanyahu over the years.

Biden waited nearly a month after his election before making his first call to Netanyahu, raising concerns in Jerusalem and among some Netanyahu backers in Washington that the two would have a difficult relationship. The president called Bennett just hours after he was sworn in as prime minister in June to offer his congratulations.