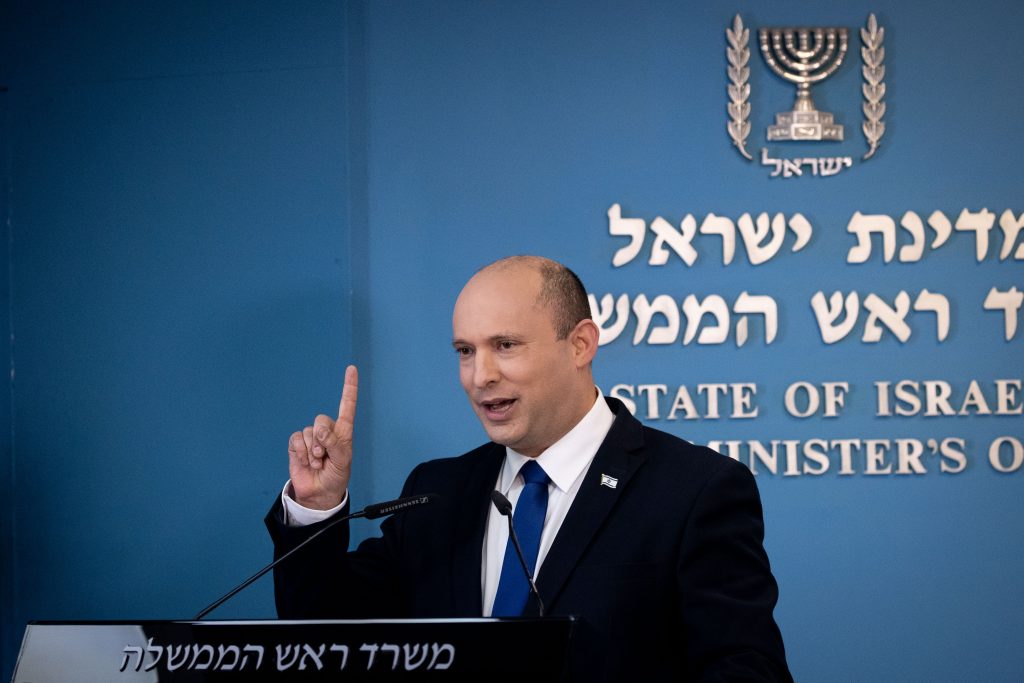 There is no going back from the fall of Kabul. And the near universal recognition of a waning superpower brings with it the rush to blame those who initiated one of America’s greatest foreign affairs disasters.

Pointing fingers now may not help the hapless Afghan people; but assigning culpability with a view to better understanding the catastrophe is paramount to avoiding similar outcomes in the Wild West of the Middle East. Particularly when parallels abound for both our allies and our foes.

This week’s planned visit of Israel’s Prime Minister Naftali Bennett to the White House on Thursday cannot come at a more cataclysmic moment — or a more consequential one. The staggering fallout of President Biden’s horrendous debacle, foremost for him an international slap on the face and plummeting poll numbers, should serve as a warning for the Jewish State’s leader. A leader, whose own minuscule and, some say, dubious mandate is even more tenuous than his shaky coalition.

Prime Minister Bennett comes at a time when President Biden continues to try and deflect furious condemnation for botching up America’s exit from Afghanistan by defending his stated goal of ending the “forever war” of the past 20 years. But searing images of bodies dropping off airplanes and infants desperately thrown up by their Afghan parents to departing American soldiers effectively preclude any chance of Biden being a Teflon President.

“Forever” is a long time, especially in an era of instant gratification. Twenty years, however, is a blip on the screen of militaristic eternity, especially in a country where Islam is known for its spirit of patience and forbearing. Pulling out troops in cut-and-run fashion in order to spare them from becoming potential collateral undermines the very goal that put them there in the first place. Rooting out the Taliban from its host country in 2021 has now become a redux of 2001. And a much more dangerous redux, considering the demoralization of the Afghan people at their supposed liberators’ betrayal, not to mention the military equipment those liberators left behind.

Just ask Israel. Arab nations have been waging a war of attrition against the State of Israel since its inception in 1948, with intervening full-fledged wars breaking up the routine. If Israel ever tired of its perpetual state of “forever war,” it would have long since ceased to exist. But 73 years of living in defense mode has taught Israel that they might not ever have the luxury of laying down their arms in this existential battle. The late Prime Minister Golda Meir was right in saying, “If the Arabs put down their guns there would be no more fighting. If the Israelis put down theirs there would be no more Israel.”

Last week, former Prime Minister Binyamin Netanyahu described rejecting an offer in 2013 from then Secretary of State John Kerry to use Afghanistan as a model for the solution to the Israeli-Palestinian conflict. Netanyahu wrote that Kerry “invited me on a secret visit to Afghanistan to see, in his words, how the U.S. established a local military force that can stand up to terror on its own.” Netanyahu “politely refused.” He continued, “I foresaw that once the U.S. leaves Afghanistan, everything would collapse. And this is what we now unfortunately see — an extremist Islamic regime that will endanger world peace has taken over Afghanistan.”

Netanyahu warns that the same will happen if the Palestinians are granted full sovereignty. “They will establish a terrorist state in Judea and Samaria, a short distance from Tel Aviv. … We must not rely on others to keep us safe. Only we can protect ourselves.”

The war against Islamic extremism is the West’s war of attrition. It might not be as existential a threat as Israel faces, but neither is it one that can be outsourced or abandoned. Had President Trump been in office today, it is debatable whether or not he would have pursued the exit plan he initially proposed in February 2020, when the U.S. and the Taliban signed a deal to end the then 18-year war.

Unlike Biden, who did not listen to military experts as recently as a month ago, Trump reversed his decision in 2019 to pull all U.S. troops out of Syria after backlash from lawmakers in both parties, military leadership and European allies. Biden is now being harshly, and correctly, condemned by all of the above for not doing the same.

But the abandonment of the Afghans to the Taliban began with diplomacy with the Taliban. Apparently, those involved did not study the lessons of the Oslo Accords. The thousands of Israelis killed and maimed as a result of that deal’s ensuing intifadas attest to the danger of negotiating with terrorists. Any possible contemplation of negotiations with a corrupt PA, which continues to endorse “pay-for-slay,” only whets the appetite of Iran’s proxies Hamas and Hezbollah, emboldened by America’s reckless and wanton withdrawal from Afghanistan.

The White House statement on Bennett’s visit noted plans to discuss “regional and global security, including Iran” and “efforts to advance peace, security, and prosperity for Israelis and Palestinians.” Bennett’s Yamina Party is officially opposed to a Palestinian state. And Bennett plans to ask Biden “not to give them [Iran] a lifeline in the form of reentering into an expired nuclear deal.”

Those goals might clash with Bennett’s early stated commitment to repair relations with the Democrats and restore bipartisan support for Israel. Some Democrats have publicly denounced Biden for the Afghanistan catastrophe, but those who remain silent are the same who push for Israel to concede to Palestinian demands.

But the timing of Bennett’s visit might not be as inopportune as it seems. It might afford the Prime Minister just the right window of opportunity to capitalize on America’s diminished reputation and resist Biden’s entreaties to jeopardize Israel’s security in the same way he jeopardized America’s. Because, while Biden’s folly has undermined America’s security and standing, a Bennett folly would undermine Israel’s very existence.