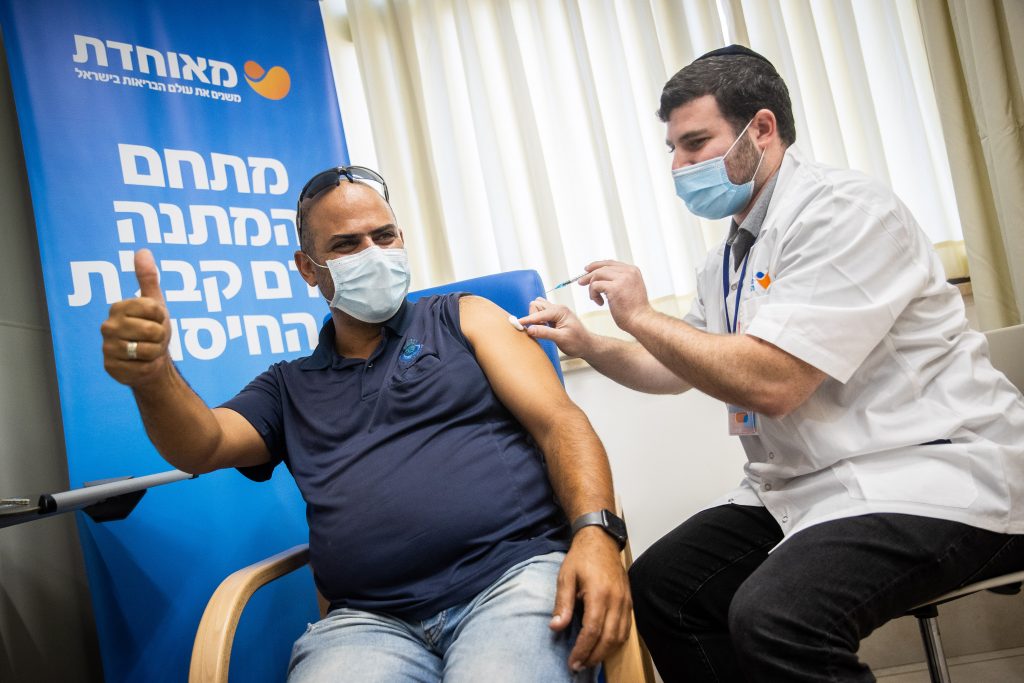 Finance Minister Avigdor Liberman joined the chorus of cautious optimism about the fourth wave on Tuesday, saying that new health restrictions may be shelved if the infection numbers keep going down.

Liberman told Radio North 104.5 that if Israel’s vaccine rates upward, “there may not be a need” for Green and Purple passes that limit crowding and bar non-vaccinated or tested individuals from attending events and entering businesses.

He asserted there won’t be a lockdown during the Chagim either.

As he departed on Tuesday for a meeting at the White House that has for days been publicized as a chance for Prime Minister Naftali Bennett’s plan to block a nuclear Iran, the PM also mentioned the coronavirus at a press conference.

“I intend to share with President Biden the knowledge and insights we have accumulated in the campaign here – in the State of Israel – regarding the third dose of the vaccine, which I am pleased has already crossed the threshold of 1.5 million people who have been inoculated.

“It seems to me as I board the plane that I am leaving behind me an Israel with the first signs of hope for stabilization in the fight against the Delta strain,” Bennett said, according to a statement released by his office.

But at the same time on Tuesday, the thinking of Dr. Sharon Alroy-Preis, the head of public health services at the Health Ministry, seemed to be headed in the opposite direction.

She told Ynet that if more measures are not taken to limit contact between people in public spaces, new COVID-19 cases will continue to skyrocket. Israel on Tuesday reported nearly 10,000 new, single-day coronavirus cases for the first time since January.

“The Green Pass has until recently allowed up to 1,000 people [to gather] in confined spaces and 5,000 outdoors, which does not match the current infection trend,” she said. “Now it would be too dangerous, even if it is done under the Green Pass mandate.”

She did acknowledged, however, that another lockdown is “not on the agenda” of the Health Ministry at this time.

“We suggested to the [coronavirus] cabinet that the Green Pass should also have limits of 500 people outside and 400 inside to try to slow down the pathogen a bit,” she said, adding the vaccinations are the only way to curb the pandemic in the long-term.

“When these people with the third shot have less risk of being sick, the new cases will slow down. All of this has to happen before Rosh Hashanah. This is why we are in an emergency situation, pushing vaccinations in every situation in every place…. We believe that if people have the vaccination now before Rosh Hashanah, we will have fewer new cases of serious illness [than we otherwise would]. So I believe after Rosh Hashanah, although we’ll have new cases, they won’t be in such large numbers that you have no places in the hospital.”

Zarka spoke against lockdown as the “easy option,” and one that will harm the country. He said that he expects gatherings of 50 will be permitted inside and gatherings of 100 outdoors over the holiday, and that shuls will stay open.

“I’m really optimistic about this situation, and that we can get to Rosh Hashanah and really celebrate Rosh Hashanah,” he said, but adding that he cannot say for sure what will actually happen.