New Jersey to Get ‘Significant’ Number of Afghans 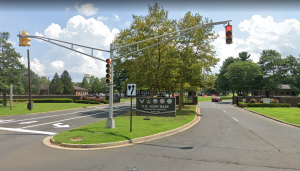 New Jersey will be getting a “significant'” but so far unspecified number of Afghan refugees imminently, Gov. Phil Murphy said Monday.

Murphy spoke during an unrelated news conference in Trenton and said he spoke with military officials over the last couple of days. They are taking charge of the effort to bring the Afghans to Joint Base McGuire-Dix-Lakehurst.

“We will welcome Afghan refugees with open arms here in New Jersey at Joint Base McGuire-Dix-Lakehurst,” Murphy said in a tweet. “Our state has always served as a shining beacon of hope to the world, and we will do everything in our power to help these refugees rebuild their lives.”

The Defense Department will mostly be overseeing their transfer from Dulles Airport to Joint Base McGuire-Dix-Lakehurst in the pine barrens, Murphy said.

Murphy said the state would do whatever it can to help, but he said it was likely that COVID-19 screenings and vaccinations would take place elsewhere.

U.S. Northern Command said in a tweet that the Defense Department approved a State Department request for temporary housing and support at the Joint Base for Afghan special immigrant visa applicants, their families and other vulnerable Afghans.

Afghans are being airlifted out the country after the Taliban’s swift takeover, while across the U.S., Americans are scrambling to help fleeing Afghans.

Murphy said his administration “raised our hand” to help, but it’s unclear how the state will be assisting. It’s also too early to say for how long the Afghans will be in New Jersey, he said.