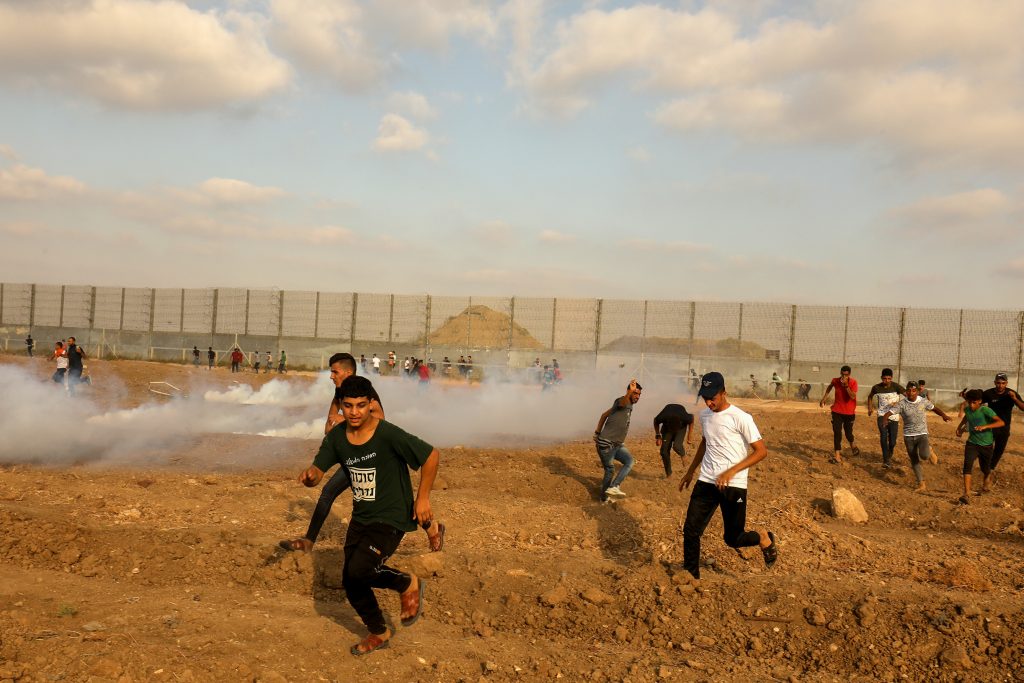 Mrs. Nitza Shmueli, mother of Border Police officer St.-Sgt. Barel Shmueli who was critically injured on Shabbos after a terrorist shot him point-blank at the Gaza border, expressed outrage in an interview on Monday, saying that three days after the incident she still couldn’t get answers from authorities.

“My son is fighting with his body, blood and soul for nothing,” Shmueli said. “The country is not worthwhile; I am not getting answers. A 12-year-old terrorist sniped at him from zero distance and all this with the knowledge that our soldiers knew they were not allowed to shoot and respond. Why did they send my son? Why? I want an answer!”

The Soroka Medical Center in Be’er Sheva said Monday morning that Shmueli was still in serious condition, unconscious and intubated, after undergoing a series of surgeries on Sunday.

Shmueli demanded that officials answer why her son was sent to stand by the wall along the Gaza border. “My son is an undercover officer from the Border Police; my son is a sniper, and he was sniped at!”

Barel’s mother asked people to continue to daven for her son. As of Monday morning, neither Bennett nor IDF Chief of Staff Lt.-Gen. Aviv Kochavi had visited Shmueli or his family at the hospital.

“Mr. Bennett called at 10:30 p.m. and asked Barel’s father, whose name is Yossi: ‘How is Yossi? How does he feel?’ He said to him, his name is Barel. ‘Oh, I’m sorry. How does he feel?’ Does the Prime Minister need to call to ask how he is feeling? Where are you? Where? Where is the chief of staff?” Shmueli demanded.

The mother added that former Prime Minister Binyamin Netanyahu also called them on Sunday night and asked questions and cried on the phone. “Every detail about the soldier he knew,” she said. “Mr. Bennett did not know the name of the soldier and asked what hospital he was in. What a disgrace.”

The recording of the call between Bennett and Barel’s father, Yossi, was leaked by Israeli media on Monday afternoon.

“Do you not know how to make decisions? What, are you scared?” asked the father in the recorded call. “Wake up. Who are you scared of? [MK Mansour] Abbas? You’re a coward. You and your whole government are cowards! Do something! Do you not have children? I have only one child. What do you have to answer me, Mr. Prime Minister?”

Bennett neglected to respond to Yossi’s statements, instead asking where his son was. The Prime Minister confused the names of the father and the son, however, and referred to Barel as Yossi.

Yossi invited Bennett to visit Barel, saying, “Come. We’re not people that do pogroms or things like they do to our soldiers. Come. Be a man. Come and visit your soldier. Take responsibility already.”

All are asked to daven for the refuah sheleimah of Barel Achiya ben Nitza.