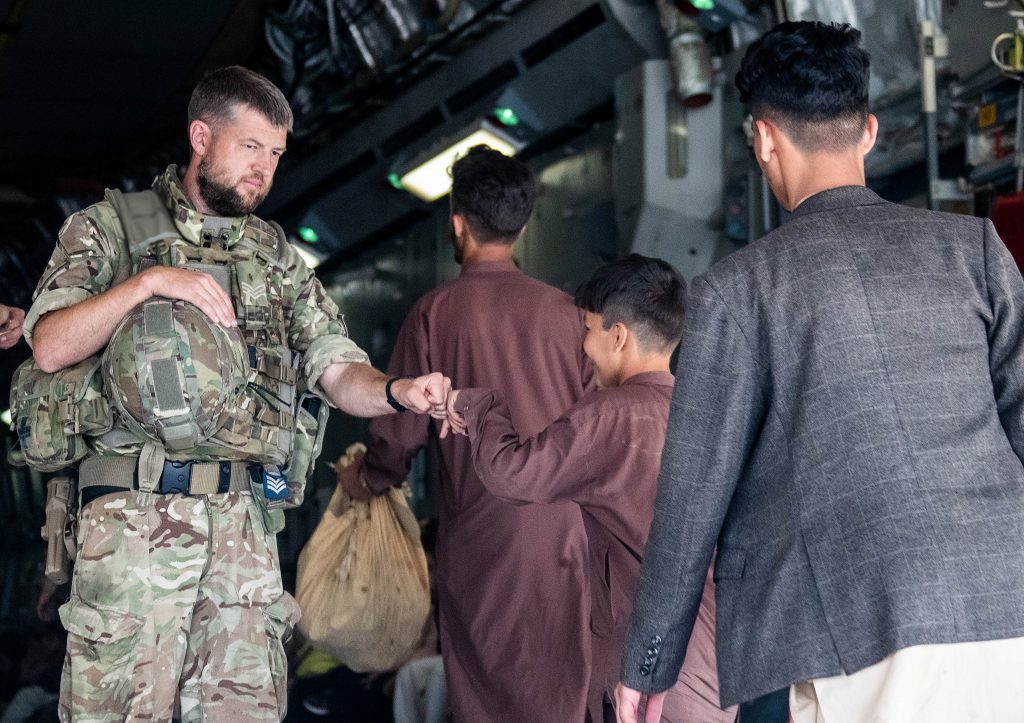 A new flight carrying evacuated at-risk Afghans will arrive in the United States later on Monday from Ramstein air base in Germany, a senior State Department official said, adding that the pace of flights will ramp up from transit hubs temporarily housing those evacuated from Kabul.

Speaking at a briefing with reporters, the official, speaking on condition of anonymity, said there were currently
eight transit hubs across six countries that were hosting more than 17,000 people.

“The transit hubs that we have arranged in Germany, Italy and Spain will have the combined capacity to process
approximately 15,000 people on a rolling basis, which in turn will enable us to keep evacuating people continuously from Kabul,” the official said.

“Today the first onward flight of SIV applicants took off from Germany to the United States and we expect those to
continue to ramp up,” the official added, in reference to the Special Immigrant Visa, designed for issuing visas to people who worked with the U.S. military.

The U.S. military flew approximately 10,400 people out of Kabul over 24 hours on Sunday, and 61 coalition planes helped evacuate approximately 5,900, a White House official said on Monday.

Since Aug. 14, the U.S. has gotten 37,000 people out of Taliban-controlled Afghanistan, or helped with their evacuation, the official said.

The Taliban seized power just over a week ago as the United States and its allies were withdrawing troops after a 20-year war launched in the weeks after the Sept. 11 attacks on the United States by al Qaeda militants in 2001.

Panicked Afghans and foreigners have thronged the airport for days, clamoring to catch a flight out before the U.S.-led forces complete their pullout by the end of the month.

U.S. President Joe Biden has said that the United States expects to evacuate between 50,000 and 65,000 people from Afghanistan. That is fewer than the number eligible for safe harbor, according to estimates by advocates.

On Monday, Pentagon spokesman John Kirby told a news briefing that U.S. troops based at Kabul airport flew a
helicopter outside the airport perimeter a second time to collect Americans for evacuation flights.

He said U.S. troops had used other means to collect Americans outside the airport but gave no details.

Kirby said several thousand Americans had been evacuated since Aug. 14 but declined to give details. He said the aim remained to finish the withdrawal by the end of August.

With thousands of desperate Afghans and foreigners crowding into Kabul’s airport in the hope of fleeing Afghanistan’s new Taliban rulers, pressure has grown on U.S. President Joe Biden to extend his Aug. 31 evacuation deadline.

“There’s a lot of people, and they are desperate,” Kirby said. “We are trying to do the best we can to get them out of
harm’s way as fast as possible.”