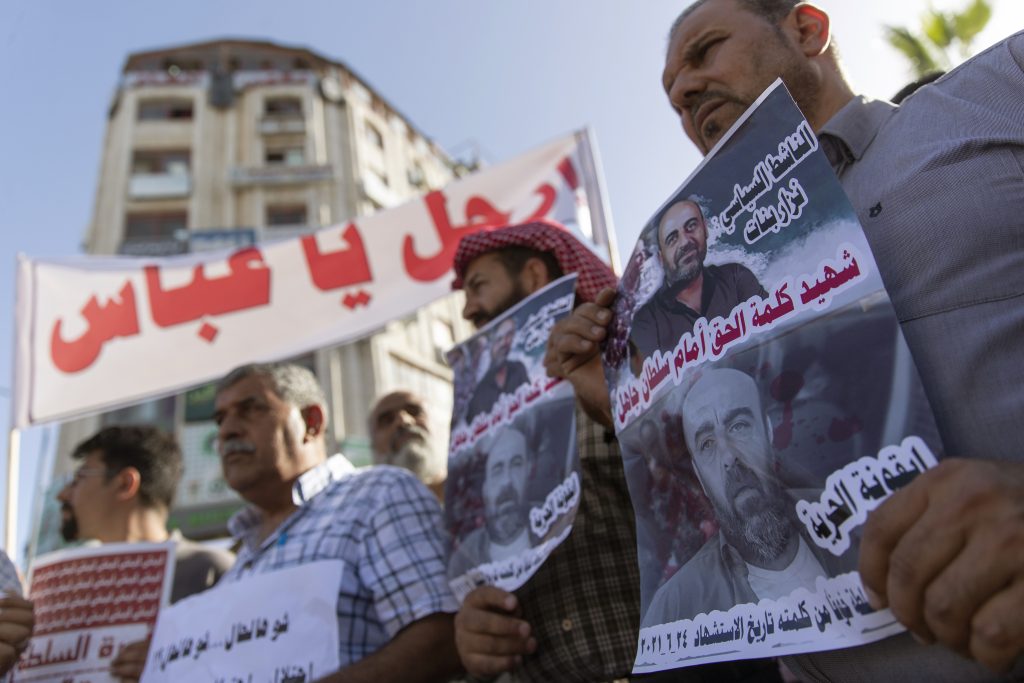 Palestinian police on Sunday said they arrested 24 people protesting the government’s response to the death of a prominent political activist while in the custody of Palestinian security forces.

The demonstrators had planned to call for accountability in the death of Nizar Banat, an outspoken critic of the Palestinian Authority who died in custody on June 24 shortly after he was arrested. But police prevented the protest and arrested two dozen activists.

Police spokesman Louay Arzeigat issued a statement saying the demonstrators had not received a permit and “refused to sign the conditions for the gathering.” It did not elaborate.

Banat’s family has said he was beaten as he was taken out of his home and has accused the Palestinian Authority of trying to cover up the death.

Palestinian officials have said the matter is under investigation.

Abbas has faced mounting pressure after calling off parliamentary elections when it appeared that his Fatah party would suffer a crushing defeat to the rival Hamas terror group.

It accused the government of “attacking the rights and freedoms guaranteed by law” and called for the immediate release of those who were arrested.