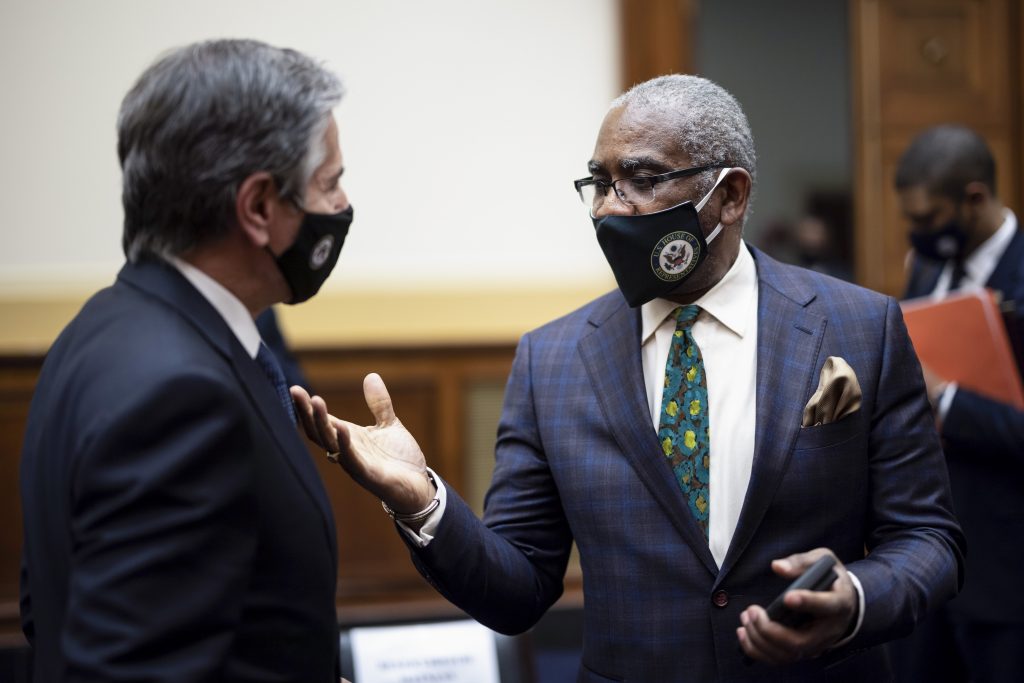 Democratic-led congressional committees are vowing to press President Joe Biden’s administration on what went wrong as the Taliban swept to power in Afghanistan and the United States left scores of Americans and thousands who helped them over the years in grave danger.

The anger from members of both parties is palpable and will test an administration seeking to notch signature domestic policy achievements on infrastructure, health and social programs before next year’s midterm election.

Several hearings are likely this summer and fall, plunging Biden’s national security team into a bipartisan cross-examination that will be unlike anything they’ve faced during the president’s first year in office.

Sen. Bob Menendez, D-N.J., chairman of the Senate Foreign Relations Committee, said lawmakers will investigate what he described as the “Biden administration’s flawed execution of the U.S. withdrawal.” He said President Donald Trump’s actions will also be part of the review, citing that administration’s “flawed negotiations” with the Taliban, which led to the U.S. and the Taliban signing a peace agreement in February 2020 to end America’s longest war.

“The Committee will seek a full accounting for these shortcomings as well as assess why the Afghan National Defense and Security Forces collapsed so quickly,” Menendez said in a statement.

He noted that Congress was told repeatedly the Afghan forces were up to the task of securing the country. “The American and Afghan people clearly have not been told the truth” and deserve answers, he said.

Rep. Gregory Meeks, D-N.Y., chairman of the House Foreign Affairs Committee, said he has invited Secretary of State Antony Blinken and Defense Secretary Lloyd Austin to testify. A hearing could take place as soon as next week.

“The situation in Afghanistan is rapidly changing and it is imperative that the administration provide the American people and Congress transparency about its Afghanistan strategy,” Meeks said.

Sen. Mark Warner, D-Va., chairman of the Senate Intelligence Committee, said he would work with other committees to ask tough questions about “why we weren’t better prepared for a worst-case scenario.”

“We owe those answers to the American people and to all those who served and sacrificed so much,” Warner said.

Images of panicked Afghans clinging to a departing U.S. military jet at the Kabul airport reinforced the fears that many lawmakers were voicing in recent months as they urged the administration to streamline the process for getting interpreters and others who had helped the United States out of the country.

Lawmakers and their staffs are now fielding calls from veterans and families of those individuals stranded in Afghanistan and trying to get out. One congressional aide, speaking on condition of anonymity because they were not authorized to speak publicly, said they had forwarded nearly 50 names to the State Department for transport out of the country — mostly interpreters, but also their family members and 10 journalists.

A group of 47 lawmakers wrote the administration Wednesday seeking more guidance on evacuation plans. They said their offices were working around the clock to help those trying to get out, “but our staff cannot adequately do this without a clear understanding of the process and plan currently underway.” The group, led by Rep. Sara Jacobs, D-Calif., called for a classified briefing if necessary.

“It is this Administration’s moral obligation to leverage all available resources to help as many people as possible to safety in the United States. There is no time to waste,” the lawmakers wrote.

The top congressional Republicans, Rep. Kevin McCarthy and Sen. Mitch McConnell, asked Biden on Wednesday for a classified briefing with the “gang of eight” — the top Democrats and Republicans on the House and Senate intelligence committees as well as House Speaker Nancy Pelosi, Senate Majority Leader Chuck Schumer, McCarthy and McConnell.

McCarthy and McConnell said they want a briefing on the number of Americans still in Afghanistan and the plans to evacuate those outside Kabul. Their letter prompted Pelosi spokesman Drew Hammill to tweet that she had already requested such a meeting. He also said House members will receive an unclassified telephone briefing Friday and an in-person briefing Tuesday.

The Trump administration agreed late in its term to withdraw U.S. forces from Afghanistan in May 2021, with the president saying last year, “Now it’s time for somebody else to do that work.” But Republicans are intent on reminding Americans that it was Biden who was in charge when the Taliban took over.

“The world is watching as one of the greatest foreign policy failures in American history plays out,” the lead Republicans on three committees with jurisdiction over Afghanistan-related issues said in a letter to Biden.

The GOP lawmakers questioned how long the Hamid Karzai International Airport will remain under American control for evacuations and why the administration failed to adjust the withdrawal plans when the Afghan government’s instability became apparent. They also pressed for answers on how Biden plans to dismantle terror groups in Afghanistan and prevent another Sept. 11-style attack on the U.S.
Veterans in Congress from both parties are livid with how the withdrawal has played out. Rep. Adam Kinzinger, R-Ill., who flew missions in Iraq and Afghanistan, said it’s up to Congress to get accountability from the administration and ensure the necessary resources to process visas for Afghan interpreters and others who worked with American forces.

“What we’re seeing is not only do they not even have the chance to get out, it’s so chaotic, many of them are caught in Taliban lines already and losing their lives,” Kinzinger said. “It’s a sad, sad moment.”