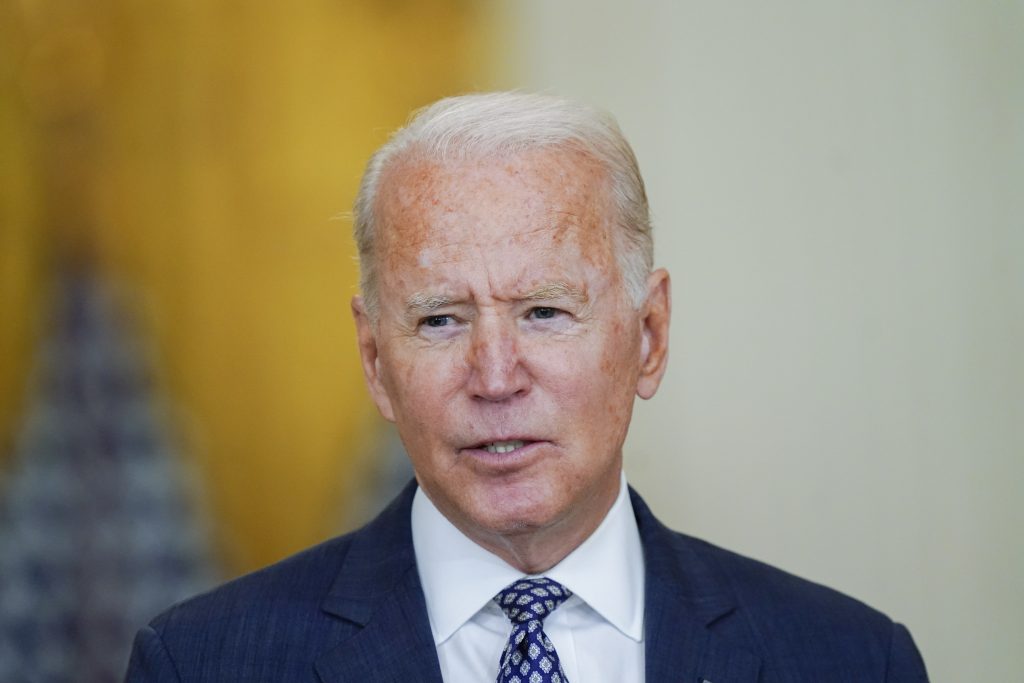 President Joe Biden is facing a summer slump, with Americans taking a notably less positive view of his handling of the coronavirus pandemic and his job approval rating ticking down.

A new poll from The Associated Press-NORC Center for Public Affairs Research finds that 54% of Americans approve of Biden’s job performance, down slightly from 59% last month. While that’s still a relatively solid rating for a president during his first year in office, particularly given the nation’s deep political polarization, it’s a worrying sign for Biden as he faces the greatest domestic and foreign policy challenges of his presidency so far.

The biggest warning sign for the president in the survey centers on his handling of the pandemic. Last month, 66% of Americans approved of his stewardship of the public health crisis; now, that number has fallen to 54%, driven by a drop in support from Republicans and independents.

That decline in support coincides with other storm clouds gathering over Biden’s presidency, most notably the deteriorating situation in Afghanistan as U.S. troops withdraw and the Taliban cement their control of the country.

The poll, conducted August 12-16, as news of the Taliban’s movement into Kabul was widely reported in the United States, shows Americans about evenly divided over Biden’s handling of foreign policy (47% approve, 51% disapprove) and national security (52% approve, 46% disapprove).

Still, Biden’s advisers believe his presidency is likely to rise or fall on his handling of the pandemic. As recently as early summer, the White House was all but declaring victory over the virus, backing the lifting of public health restrictions and encouraging vaccinated Americans to enjoy a return to normalcy this summer. Polling showed Biden winning plaudits for his approach to the pandemic not only from nearly all Democrats, but also a healthy share of Republicans.

Some of that support has eroded as a dangerous new strain of COVID-19 takes hold, worries about the virus grow and vaccination rates in the U.S. stall, leading more communities, businesses and schools to reinstate restrictions such as mask mandates that were lifted earlier this year when trends were heading in a more positive direction.

Biden has implored Americans to get vaccinated and has put in place vaccine requirements where he can, for federal workers and the military. But resistance to the vaccine has proven stubborn, largely in more conservative parts of the country that are now experiencing startling increases in COVID-19 cases.

Republican officials have led the opposition to the vaccine and mask measures that the Biden administration has put in place this summer. The August AP-NORC poll shows just 21% of Republicans approve of Biden on COVID-19, down from 32% last month and 43% in June. Among independents, 44% now support his handling of the pandemic, down from 72% last month.

Those shifts bring Biden’s approval rating on the pandemic more in line with the public’s views of his handling of other major issues, which largely split along partisan lines.

For example, the poll shows 49% approve of Biden’s handling of the economy and 49% disapprove. That’s down from 57% approval in April.

The White House is hoping that fall will bring final passage of a pair of sweeping bills that would pump money into the economy for infrastructure projects, as well as spending on health care, education and family services.

Biden cheered Senate passage of a hard-won, $1 trillion infrastructure bill that passed with bipartisan support. But that measure and a $3.5 trillion budget bill muscled through the Senate by Democrats face uncertain futures in the House. Speaker Nancy Pelosi, D-Calif., is trying to navigate between moderates who balk at the bigger bill’s price tag and progressives who insist it’s the price to be paid for their support of the bipartisan measure.