Dr. Yehoshua (Joshua) Weinstein, who dedicated himself to many community issues and institutions, was niftar suddenly in Yerushalayim on Erev Shabbos, 12 Elul, 5781/August 20, 2021, after suffering a massive heart attack. He was 74 years old.

Dr. Weinstein grew up in Williamsburg, where he davened in Khal Adas Yereim (Vien), and learned in Tzeilim and Satmar. After Marrying Debbie Itzkowitz of Boro Park, he moved to her neighborhood and was actively involved in building the community.

As the founder of Shema Kolainu-Hear Our voices, a school and center for children with autism, he recognized the need for such a school and was a trailblazer in this field which at the time was still in its infancy. In addition, he was a founder of ICare4Autism and most recently Emunas Bais Yaakov High School. He was renowned as baal tzedakah who cared deeply about every individual.

A respected member of the Ungvarer Beis Medrash for many decades, Dr. Weinstein was very close with Harav Menashe Klein, zt”l, the Ungvarer Rav, as well as the current Rav, shlitaand many Gedolei Yisrael. 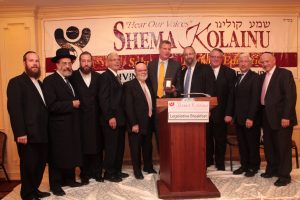 “Dr. Weinstein was a trailblazer who enhanced the landscape of countless children with autism by establishing the first school for children with autism in Boro Park that serves the entire community and acknowledged as a model school by leading experts,” said Ezra Friedlander, who represents the school for many years. “His contributions to the furtherance of education was recently expanded as the founder and driving force of Emunas Bais Yaakov High School that is currently gracing the greater Boro Park community”. 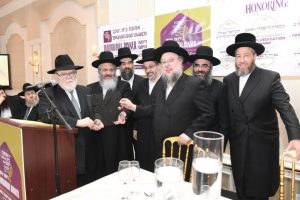 “His motto was P.U.S.H. — Pray Until Something Happens,” Mr. Friedlander recalled. “But Dr. Weinstein was never one to be satisfied by prayer alone. He also pushed, and that’s what made him so effective.”