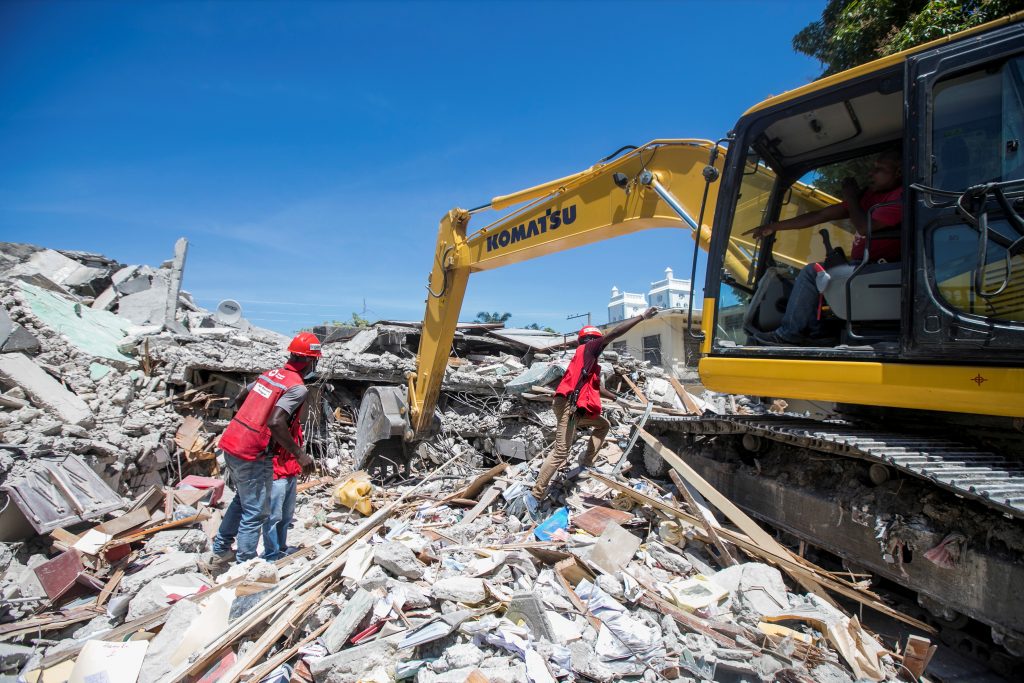 A hospital in southwestern Haiti, where a powerful earthquake flattened homes, shops and other buildings over the weekend, was so overwhelmed with patients that many had to lie in patios, corridors, verandas and hallways. Then the approach of a storm expected to drench the quake zone Monday night forced officials to relocate them as best they could given the hospital’s poor conditions.

Even those patients were somewhat fortunate. Haiti’s Civil Protection Agency on Monday raised the death toll from Saturday’s earthquake to 1,419 and the number of injured to 6,000, many of whom have had to wait under the burning heat, even on an airport tarmac, for help.

“We had planned to put up tents (in hospital patios), but we were told that could not be safe,” said Gede Peterson, director of Les Cayes General Hospital.

It is not the first time that staff has been forced to improvise. The refrigeration in the hospital’s morgue has not worked for three months, but after the earthquake struck Saturday, staff had to store as many as 20 bodies in the small space. Relatives quickly came to take most to private embalming services or immediate burial. By Monday only three bodies were in the morgue.

The quake, centered about 125 kilometers (80 miles) west of the capital Port-au-Prince, nearly razed some towns and triggered landslides that hampered rescue efforts in a country that is the poorest in the Western Hemisphere. Haiti already was struggling with the coronavirus pandemic, gang violence, worsening poverty and the political uncertainty following the July 7 assassination of President Jovenel Moïse when the earthquake sent residents rushing to the streets.

The devastation could worsen with Monday night’s arrival of Tropical Depression Grace with its heavy rain and strong winds and the threat of mudslides and flash flooding. The Civil Protection Agency said rainfall could reach 15 inches (38 cm) in some areas before the storm moved away on Tuesday. Grace also drenched Port-au-Prince, the capital.

“We are working now to ensure that the resources we have are going to get to the places that are hardest hit,” said agency head Jerry Chandler, referring to the towns of Les Cayes and Jeremie and the department of Nippes, which are in the country’s southwestern portion.

Prime Minister Ariel Henry declared a one-month state of emergency for the whole country and said the first government aid convoys had started moving help to areas where towns were destroyed and hospitals were overwhelmed.