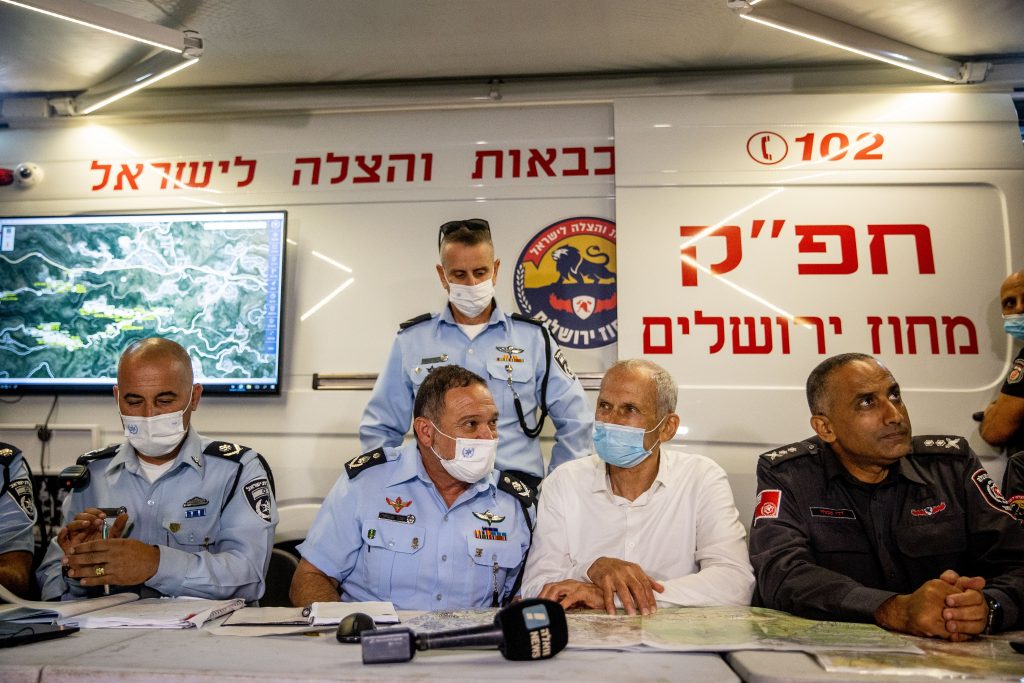 The massive wildfire burning in its second day outside Yerushalayim is comparable in size to the deadly Carmel fire near Haifa in 2010, the worst in the country’s history.

But, b’chasdei shamayim, unlike the Carmel disaster, in which 44 people were killed, so far no deaths or serious injuries have been reported.

Israel Fire and Rescue Services chief Dedi Simchi told reporters on Monday: “Only a few houses burned without any injuries and I think this is a big achievement.”

Simchi also said this fire was caused by human action, though “we don’t know if this was negligence malice or arson but we’ll continue investigating.”

While the Prime Minister’s Office and the Foreign Ministry were seeking international assistance, the Defense Ministry was arranging for the rental of six planes from a private aviation company to bolster the firefighting forces.

“The planes are expected to go into service beginning tomorrow morning and to expand our aerial firefighting capability. At the same time, the possibility of commandeering additional civilian aircraft for firefighting missions is also being considered,” the Ministry said in a statement.