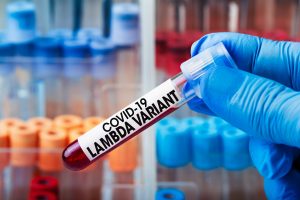 Two days before new nationwide restrictions were set to go into effect over the spike on coronavirus morbidity, healthcare experts appearing before the Knesset’s Constitution, Law and Justice Committee on Monday warned that if the latest COVID arrives in Israel, imposing another lockdown – Israel’s fourth – would be inevitable.

The current resurgence is largely due to the Delta variant, which is highly infectious.

It was the highest such figure since Feb. 24, when the positivity rate was 6%.

Israel has recorded 6,673 deaths – 36 of them between Sunday and Monday.

The Health Ministry said Monday that the number of active cases, 50,693, was also on the rise. However, as of midnight Sunday, there was a drop in the number of patients in serious condition, which now stands at 531.

On Sunday, the ministry had reported a total of 538 patients in serious condition. On Shabbos, though, that figure was at 494.

As of Monday morning, 908 coronavirus patients were hospitalized across the country, including 94 on ventilators.

Since July 30, when Israel began providing a third dose of the Pfizer-BioNTech coronavirus vaccine to its senior citizens, 963,572 Israelis have received the third jab.

They are among the 5,416,845 Israelis to have received at least two doses of the vaccine.

During Monday’s hearing on international travel restrictions, Ilana Gens, head of the public health staff at the Health Ministry, said that most countries worldwide have been seeing spikes in COVID morbidity.

“About half of the morbidity that enters Israel comes from countries to which mandatory quarantine doesn’t apply,” she said, referring to the seven-day self-isolation directive that applies to travelers returning to Israel from a host of countries.

“We have to reduce the list of nations under a travel warning but significantly extend the mandatory quarantine order,” she continued.

“The goal is to reduce the extent of morbidity, and we know of some dangerous strains that have begun to develop in several countries around the world.”

Most recently, the emerging Lambda variant has been rapidly spreading throughout South America, with the first case reported in Los Angeles on Thursday.

Experts say that so far, while Lambda is highly infectious, it is still no match to the Delta strain, which is particularly aggressive.

Dr. Asher Shalmon, head of the Health Ministry’s International Relations Department, said that if the Lambda variant reaches Israel, “it would be a game-changer, namely, it would make imposing a lockdown inevitable and we’re trying to avoid that.”

Initial studies have shown that it is also somewhat resistant to the existing vaccines, he noted.

“The more the world gets vaccinated, the fewer strains we’ll see. The attempt to delay the introduction of new strains into the country is meant to allow more people to get vaccinated.

“Not everything we saw in the first, second and third [coronavirus] waves is happening now as well. This disease constantly challenges us,” he said.

Two Brothers Wounded in Shooting Near Kosel, Reunited in Hospital