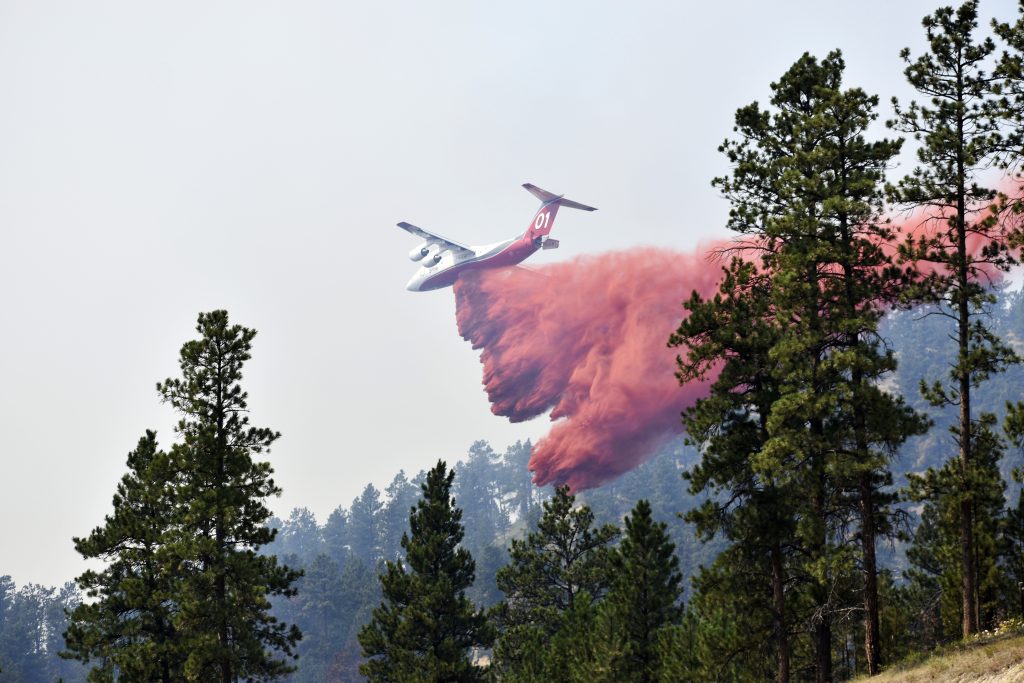 A wildfire bore down on rural southeastern Montana towns Thursday as continuing hot, dry weather throughout the West drove flames through more than a dozen states.

Meanwhile, the Dixie Fire — which started July 13 and is the largest wildfire burning in the nation — threatened a dozen small communities in the northern Sierra Nevada even though its southern end was mostly corralled by fire lines.

The blaze had burned over 780 square miles (over 2,000 square kilometers), destroyed some 550 homes and nearly obliterated the town of Greenville. It was 30% contained.

On Wednesday, the Montana fire displayed extreme behavior and had grown by tens of thousands of acres, according to the National Interagency Fire Center. The blaze, which was only 15% surrounded, began Sunday and powerful gusts caused it to explode across more than 230 square miles (600 square kilometers).

By nightfall, the fire had crept within about 2 miles (3.22 kilometers) of the evacuated town of Lame Deer, leaping over a highway where officials had hoped to stop it.

Rancher Jimmy Peppers sat on his horse east of town, watching an orange glow grow near the site of his house.

“I didn’t think it would cross the highway so I didn’t even move my farm equipment,” said Peppers, who spent the afternoon herding his cattle onto a neighbor’s pasture closer to town. “I don’t know if I’ll have a house in the morning.”

The town of about 2,000 people is home to the tribal headquarters and several subdivisions and is surrounded by rugged, forested terrain. By late Wednesday a second fire was closing in on Lame Deer from the west, while the Richard Spring fire raged to the east.

A few miles from town, Krystal Two Bulls and some friends stuck around to clear brush from her yard in hopes of protecting it from the flames. Thick plumes of smoke rose from behind a tree-covered ridgeline just above the house.

“We’re packed and we’re loaded so if we have to go, we will,” Two Bull said. “I’m not fearful; I’m prepared. Here you don’t just run from fire or abandon your house.”

Also ordered to leave were about 600 people in and around Ashland, a small town just outside the reservation. Local, state and federal firefighters were joined by ranchers using their own heavy equipment to carve out fire lines around houses.

The National Weather Service said a ridge of high pressure moving into the area would pump temperatures into the 90s over the weekend.

Drought conditions have left trees, grass and brush bone-dry throughout many Western states, leaving them ripe for ignition. Montana alone had 25 large wildfires burning, according to the National Interagency Fire Center.

At the same time, California and some other states were facing flows of monsoonal moisture that were too high to bring real rain but could create thunderstorms bringing new fire risks from dry lightning and erratic winds.

In Northern California, a number of wildfires and the threat of more prompted three national forests to close down the Trinity Alps Wilderness Area, a half-million-acre area of granite peaks, lakes and trails, into November.

“Tracking hikers in unsafe areas pulls much-needed aircraft away from firefighting efforts, and adds risk and exposure to first responders. Additionally, forest managers hope to limit the possibility of human-caused fires with this temporary full closure,” said a forest statement.

Scientists have said climate change has made the region much warmer and drier in the past 30 years and will continue to make the weather more extreme and wildfires more frequent and destructive. The more than 100 large wildfires in the American West come as parts of Europe are also burning.