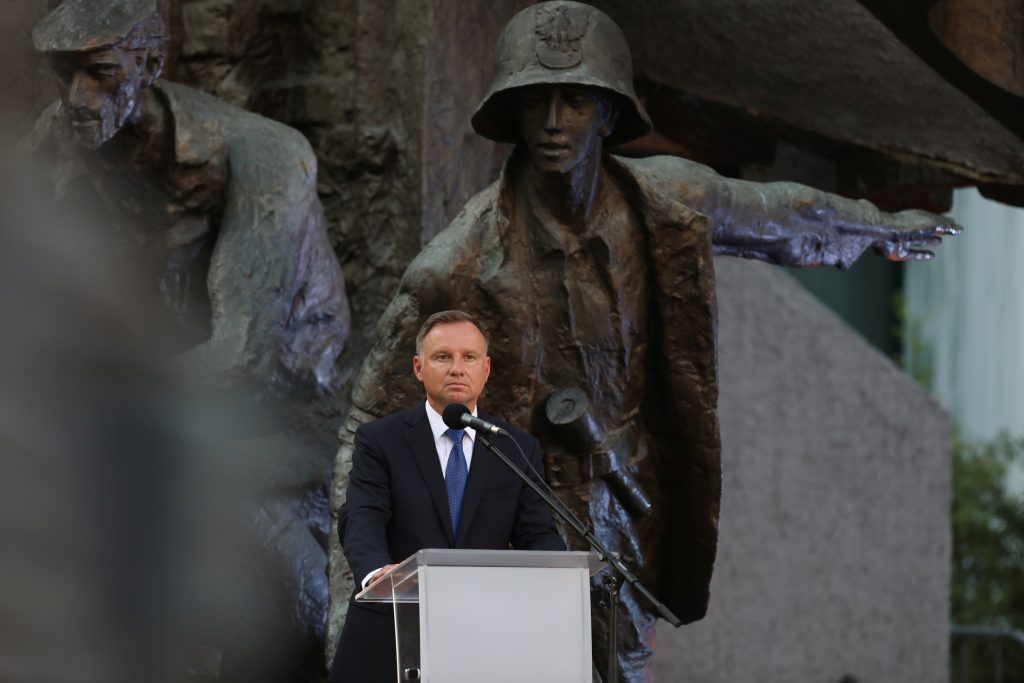 Poland’s Parliament passed a law on Wednesday that would prevent former Polish property owners, including Holocaust survivors and their descendants, from regaining property expropriated by the country’s communist regime.

Israel condemned the legislation, with Foreign Minister Yair Lapid saying it “damages both the memory of the Holocaust and the rights of its victims.”

The adopted amendment to Poland’s administrative law would prevent property ownership and other administrative decisions from being declared void after 30 years. It affects Jewish and non-Jewish owners who had properties seized in the communist era.

In the case of the former Jewish owners, at stake in many cases are the homes or businesses of families who were wiped out in the Holocaust and whose properties were later seized by Poland’s communist-era authorities.

When communism fell in 1989, it opened up the possibility for former owners to try to regain lost properties. Some cases have made their way through the courts, but Poland has never passed a comprehensive law that would regulate restitution or compensation for seized properties.

Poland says the new legislation is a response to fraud and irregularities that have emerged in the restitution process, leading to evictions or giving real estate to property dealers in a process called “wild re-privatization.”

The bill now awaits the approval of Polish President Andrej Duda, who has 21 days to sign it into law.

“The State of Israel will not compromise one bit when it comes to the memory of the Holocaust,” Lapid added. “I condemn the Polish parliamentary legislation that passed today.”

Citing a record of fighting Polish Holocaust revisionism, Lapid vowed to “oppose any attempt to rewrite history, as well as compromises at the expense of the Holocaust of the Jewish people and the rights of Holocaust victims.”

“Poland knows what the right thing to do is: Repeal the law,” Lapid said.

Gideon Taylor, the chair of the World Jewish Restitution Organization, or WJRO, an advocate for property restitution, said the group was “outraged,” and called the bill “equally unfair for both Jews and non-Jews.”

Michael Bazyler, an expert in international law and restitution at Chapman University School of Law in California, argues that it is the wrong tool to fight the problem and that cutting off claims of former owners forever amounts to “perpetuating injustice by the communists.”

“The way you stop wild re-privatization and corruption is to go against corruption,” he told The Associated Press. “You don’t do it by taking the claims of legitimate heirs.”

Taylor, from the WJRO, also called on Duda to veto the bill and urged the Polish government to work with it to “once and for all settle the issue of private property restitution.”

He argued that more than 30 years after the fall of communism, Poland was still benefitting from wrongfully acquired property.

“Property restitution is about more than money – for many Holocaust survivors and their families, a home is the last remaining physical connection to the lives they once led, to the countries where they were born, and to the towns where they grew up, before their lives were shattered,” Taylor said.

“The anti-restitution law restricting property claims by victims of the Holocaust is a daylight robbery that desecrates the memory of the Holocaust,” he said. “Poland’s decision to pass this immoral law harms the friendship and bilateral relations between Israel and Poland.”

The United States had been pressuring Poland in hopes of stopping the legislation.

“We are deeply concerned that Poland’s Parliament passed legislation today severely restricting the process for Holocaust survivors and their families, as well as other Jewish and non-Jewish property owners, to obtain restitution for property wrongfully confiscated during Poland’s communist era,” Secretary of State Antony Blinken said in a statement. He urged Duda not to sign the bill into law or to refer it to Poland’s constitutional tribunal.

Meanwhile, a bipartisan group of U.S. lawmakers wrote a letter to the speaker of the lower house of the Polish Parliament, urging her to prevent the bill from advancing, maintaining that the almost total annihilation of Polish Jewry during World War II was an “issue of morality and closure.”