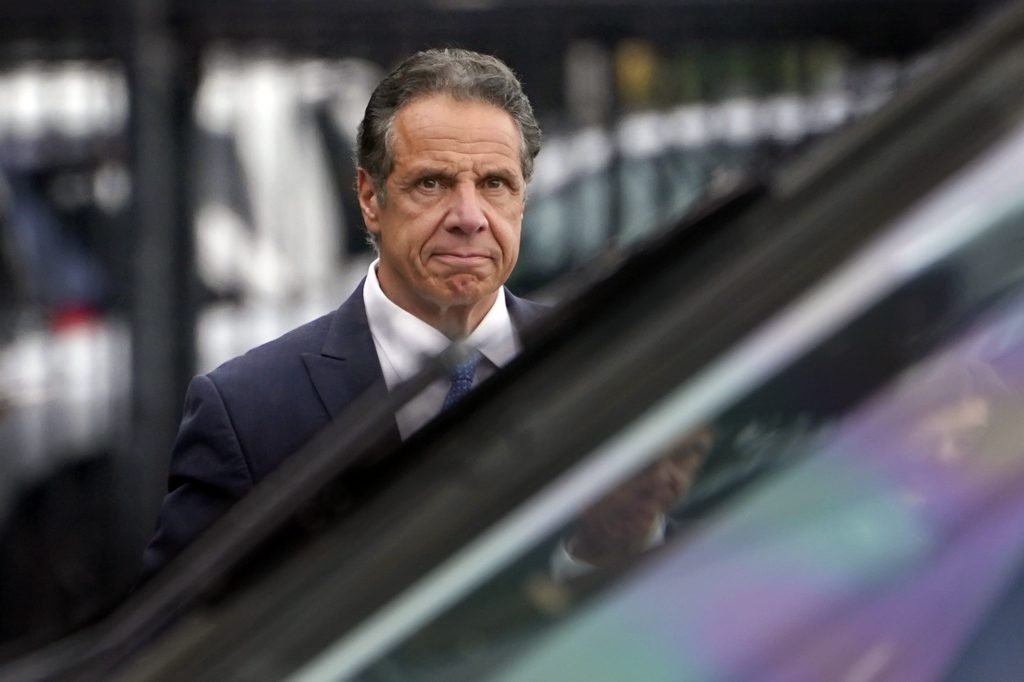 Though Governor Andrew Cuomo may have lost his job, many still want to see him answer for a scandal that cut to the heart of his reputation as a pandemic hero and may have had life-and-death consequences — his administration’s handling of outbreaks in nursing homes.

Months before an investigation found Cuomo lead a workplace rife with bullying, the same attorney general concluded that the administration understated the true death toll in nursing homes by thousands and that fatalities may have been fueled by a state order that forced nursing homes to accept recovering COVID-19 patients.

Families of the more than 15,000 New Yorkers who died in nursing homes say they want accountability, too, and are urging state lawmakers and the U.S. Justice Department to keep investigating Cuomo after he leaves office.

“This is the man who helped kill my mother and all of her friends,” said Haydee Pabey, whose 72-year-old mother, Elba, died in a New York City nursing home that had accepted patients under the state order. “Now that he has been exposed, I’m hoping and praying that we get some answers.”

New York’s Assembly had been moving toward impeachment of Cuomo before the Democrat announced his resignation, and his handling of nursing homes was set to be a part of that, with more than a half-million pages of evidence gathered.

Lawmakers are now weighing whether they can and should push forward with impeachment once Cuomo is out of office in two weeks. One member of the Judiciary Committee said impeachment would amount to “vengeance.” Other members of the committee have pushed to at least issue a report.

“If he committed a crime, just because he resigns those investigations are not going to go away,” said Assembly member Ron Kim, a Democrat from Queens, whose uncle died in a nursing home. “Justice for the women is the first step. Getting the justice for the families who lost loved ones is a longer journey because it involves a whole ecosystem.”

Lt. Gov. Kathy Hochul, who will become governor after Cuomo’s departure, vowed her administration will be “fully transparent” when it comes to releasing data on nursing home deaths.

A federal investigation could also bring answers. The Trump Justice Department began requesting nursing home records from New York a year ago and widened its inquiry last summer after a report by The Associated Press found the state’s official toll of COVID-19 deaths in long-term care facilities was probably a significant undercount.

A narrow Justice Department inquiry into possible civil rights violations at government-run nursing homes ended without triggering a full-blown investigation. But broader examinations by federal prosecutors remain alive, three people familiar with the matter told the AP on condition of anonymity because they weren’t authorized to discuss the investigation publicly.

Its focus includes whether the state intentionally manipulated data on nursing home deaths and whether Cuomo and his aides provided the Justice Department with false or incomplete information, which could constitute a federal crime, one of the people said.

Early in the probe, the Cuomo administration was not cooperative with prosecutors and for months did not produce documents and other requested data, the people said.

A Justice Department spokesperson did not respond Wednesday to requests for comment on the status of the investigation.

Among those who have been interviewed in the probe are Kim and another lawmaker who drew Cuomo’s ire for calling attention to the nursing home crisis, state Sen. Gustavo Rivera, who said he sat through three hours of questioning in May.

The Bronx Democrat who chairs the Senate’s Health Committee said Cuomo’s decisions on nursing homes were an instance of the governor “doing something to make himself look good.”

As the virus engulfed New York in the early days of the pandemic, Cuomo did indeed look good, gaining a national audience for his tell-it-like-it-is daily briefings in which he lectured, cheerleaded and cajoled his constituents to stay “New York tough.”

Many hailed him as a counterweight to the ineffective COVID-19 response they saw coming from the White House under President Donald Trump. Cuomo went on to write a book about leadership in a crisis.

That resolute image prevailed even as some of the governor’s apparent missteps began gaining notice.

An order early in the pandemic to free up hospital space by sending recovering COVID-19 patients to nursing homes was ultimately reversed but was blamed by advocates for spreading the virus and contributing to deaths.

After the administration refused to release data and answer questions about the policy for nine months, AP obtained records this year showing more than 9,000 recovering coronavirus patients in New York state were released from hospitals into nursing homes under the order, more than 40% higher than what the state health department previously disclosed.

New York Attorney General Letitia James’ report in January noted that while Cuomo’s order was in line with federal guidance, it “may have put residents at increased risk of harm in some facilities.”

Cuomo’s administration also tallied nursing home deaths in a way that was out of step with nearly every other state: It counted only those residents who died on nursing home property, not those who succumbed after being sent to a hospital.

After James’ report came out, the Cuomo administration finally released data that confirmed what many suspected: The official death count was off by 50 percent, a difference of more than 4,200 victims.

A top aide to the governor, Melissa DeRosa, tried to explain the administration’s delays in releasing data on deaths by saying officials “froze” over worries the information was “going to be used against us” by Trump’s Justice Department.

Vivian Zayas, who blames Cuomo for her mother’s death in a West Islip, New York, nursing home, was among those who celebrated the governor’s resignation even as they felt unsatisfied with the result.

“This not a victory yet,” she said. “A victory is when the whole nursing home scandal is blown open.”

Grace Colucci, whose father died of COVID-19 at a hospital after being released from a nursing home, likewise found her immediate happiness about Cuomo’s resignation dissolve into tears. She said she is fearful he will evade any real punishment for what she believes he did that cost the sick and old their lives.

“I’m afraid that they won’t find out why it happened,” Colucci said. “This may all be brushed under the rug.”