Republican leaders in the Texas House signed arrest warrants for 52 Democrats who have blocked voting legislation in a standoff that stretched into its 31st day Wednesday, but it was not yet clear whether that threat would be enough to get lawmakers to return to the state Capitol.

Unlike a month ago — when missing Democrats were in Washington, D.C., and beyond the jurisdiction of Texas officers — some are now holding out from home. Texas House Speaker Dade Phelan, a Republican, said Democrats could be compelled to return under “warrant of arrest if necessary.”

How that process could work was still unclear, even for the Republicans who invoked it. Refusing to attend the legislative sessions is a violation of House rules — a civil offense, not a criminal one.

“People aren’t going to jail,” Republican state Rep. Mayes Middleton said, “but they got to come back to work.”

How soon or even whether law enforcement would round up Democrats also was not clear. But Phelan spokesman Enrique Marquez late Tuesday confirmed reports first published by The Dallas Morning News that the speaker had signed civil arrest warrants for 52 House Democrats.

The move marks a new effort by the GOP to end the protest over elections legislation that began a month ago with 50 Democrats taking private jets to Washington in a dramatic show of resolve to make Texas the front lines of a new national battle over voting rights.

State Rep. Jim Murphy, who leads the Texas House Republican Caucus, said while he has not seen a situation like this play out during his tenure, his understanding is that officers could go to the missing lawmakers and ask them to come back to the state Capitol.

“I am hoping they will come because the warrants have been issued and they don’t want to be arrested,” Murphy said. “It is incredible to me that you have to arrest people to do the job they campaigned for, for which they took an oath of office to uphold the Texas constitution.”

The squeeze tactic by Republicans comes as Democrats disagree over how — and when — to retreat. The divisions have spilled in the open as the GOP presses forward with a third attempt to pass voting legislation. With new court losses and attention turning toward Texas’ surging COVID-19 caseloads, pressure is mounting on Democrats who lack the numbers to permanently stop a bill from passing.

As of Tuesday, Republicans needed just five more lawmakers present in the House to move forward with a raft of tweaks and changes to the state’s election code would make it harder — and even, sometimes, legally riskier — to cast a ballot in Texas, which already has some of the most restrictive election laws in the nation.

“We had many heated debates in Washington as we debated our own next steps,” said state Rep. James Talarico, one of a handful of Democrats who returned to the Texas Capitol this week. “I’m going to keep those arguments in private. But I know emotions are rightfully running high everywhere, and it’s been a difficult month.”

Texas is among several states where Republicans have rushed to enact new voting restrictions. The current bill is similar to the ones Democrats blocked last month by going to Washington. It would ban 24-hour polling locations, drive-thru voting and give partisan poll watchers more access, among other things. 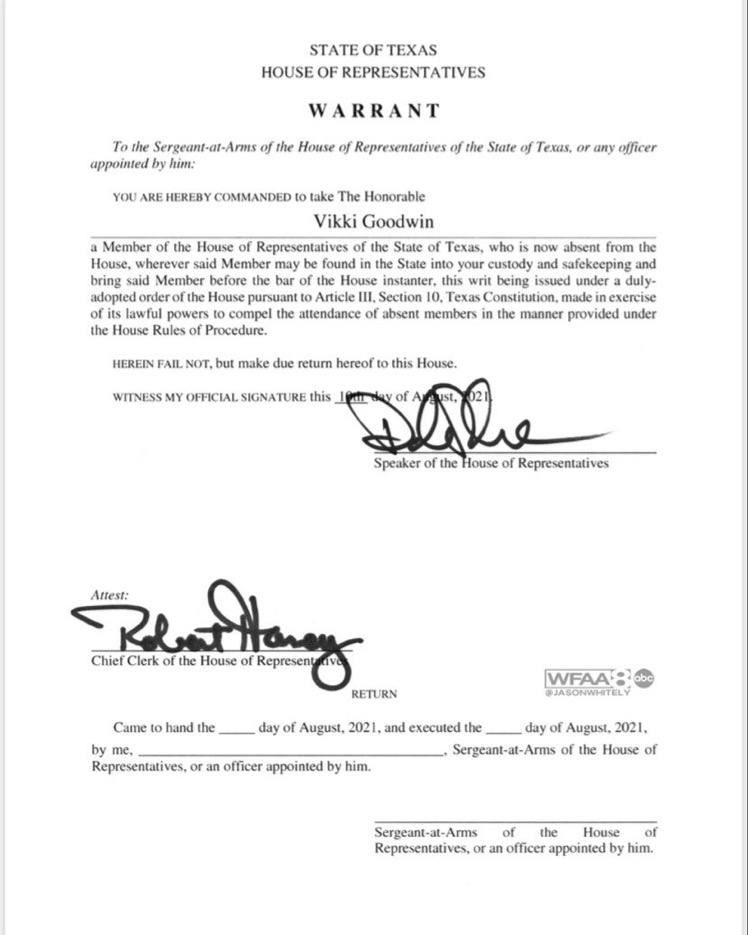