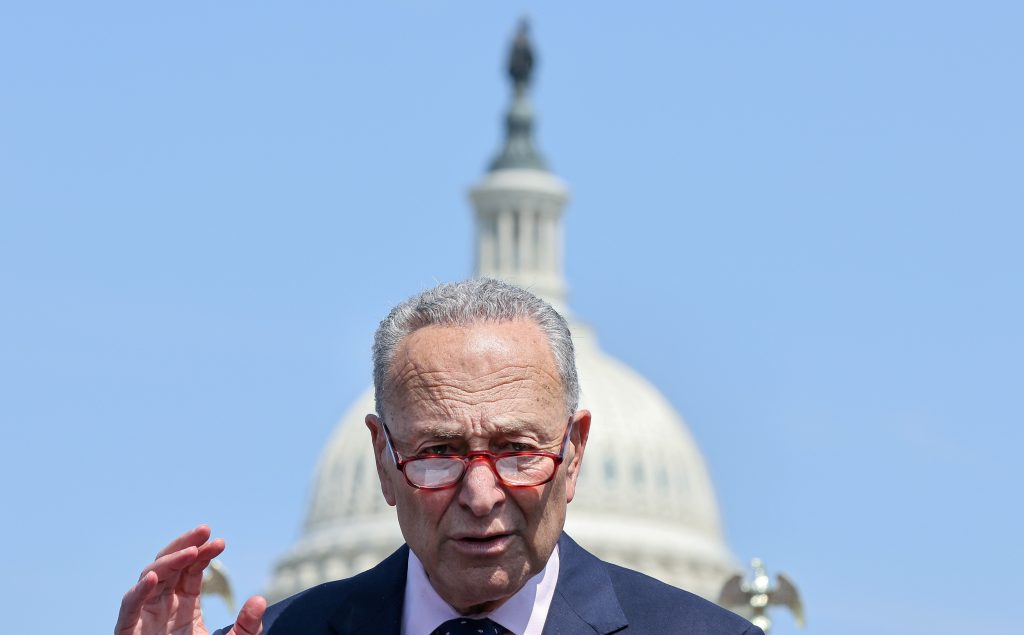 The Democratic-controlled U.S. Senate will make another attempt to pass a bill promoting voting rights next month, Majority Leader Chuck Schumer said on Wednesday, even as he acknowledged it is likely that “Republicans won’t join us.”

Schumer said he had huddled with nine Democratic senators ranging from moderates to progressives, and they will produce legislation to be the first order of business when the Senate returns to session in mid-September.

He did not rule out making an exception to Senate rules, such as the filibuster, to advance the measure. The Senate is divided 50-50 between the parties, so Republicans are able to stop Democratic initiatives under the filibuster rule, which requires 60 votes for most legislation to advance.

In June, Republicans blocked debate on the Democrats’ proposed elections overhaul, which was aimed at combating a wave of voting restrictions passed by Republican-led state legislatures.

“We have made progress and we are showing very clearly to every one of our 50 senators that Republicans won’t join us. And yet the importance of voting rights, if anything, has strengthened in the minds of everybody,” Schumer told a news conference. “Republicans refusing to support anything on voting rights is not an excuse for Democrats to do nothing.”

Currently, there are 50 Republicans, 48 Democrats and two independents who align themselves with Democrats in the Senate. Senate Republican Leader Mitch McConnell has said that voting rights are not a federal issue and should be left to the states.

The Democratic measure that Senate Republicans blocked in June would have ended partisan gerrymandering and overhauled campaign finance laws, as well as created national standards for voting registration and early voting. It passed the House of Representatives earlier this year.

Civil rights groups say Republican-led efforts to enact restrictions in a number of states would make voting more difficult for many Black and Hispanic citizens, many of whom are supporters of Democrats.