After five hours of searching amidst sweltering heat and pouring rain, Yosef Shapiro, a 7-year-old boy who went missing for five hours has been found.

Around 9:18 p.m., when the boy was found by a group of Hatzalah searchers, Crown Heights Hatzalah Unit 91 radioed, “H-Base, this is CH-91, we have the child. He is okay.”

At 9:26 p.m., he was brought out of the wooded park and into a Hatzalah ambulance in which his mother had been waiting out the search.

The Flatbush boy was with Noam Day Camp on a trip to Canarise Park when he went missing around 4 p.m.

Shomrim, Hatzalah, Misaskim, Chesed Shel Emes, Shmira, Achiezer, and COMMSAR (Community Search and Rescue), along with the NYPD, quickly mobilized a massive search-and-rescue effort. Units from as far away as Lakewood and Rockland County had set up command centers and were coordinating with the volunteers.

A community-wide call for volunteers to help search the park received an overwhelming response. Various officials who spoke with Hamodia estimated that anywhere from 500 to 2,000 people ultimately participated in the search-and-rescue operation.

A Boro Park Shomrim member told Hamodia, “It was an amazing, amazing work, how all the neighborhoods and organizations and individuals, a lot of individuals, came out together for the common goal to save a life and find a child healthy. And Baruch Hashem, we did with everybody’s help and effort. It’s great. We have an amazing, amazing community that everyone comes out together. If somebody is in need, everybody jumps.”

NYPD Deputy Inspector Richie Taylor told Hamodia that this incident “is a shining example of police, communal organizations and individuals working together for the benefit of the community. The happy ending tonight is the result of lots of preparation and teamwork all year round.”

As the boy was brought to his mother in a driving rainstorm, the crowd broke into thunderous applause, and the volunteers spontaneously began dancing, “Chasdei Hashem ki lo samnu, ki lo chalu rachamav.”

Yosef was brought to Maimonides Medical Center for a checkup. An official who accompanied the boy to the hospital told Hamodia, “He’s shaken up, but doctors say he’ll be okay.” He was discharged around 11:45 p.m.

In an interview conducted at the park just a few minutes before Yosef was found, volunteer Alona Bondar told Hamodia she had hurried to the search as soon as she saw the news on her shul’s text chat.

She arrived at 7:30 p.m. and with ten other women, walked in the dark with flashlights. Shomrim offered them maps and gave instructions that each team should check certain areas.

“It’s very dense, with lots of bushes and trees,” she said. The women were “using our hands and calling his name constantly, telling him he was safe.”

Organizations brought water and food and supplies for the volunteers.

Despite the brutal heat and humidity by day and rain and lightning at night, the volunteers from communities across the tri-state area kept searching, calling out Yosef’s name.

“My legs are hurting but I’ve got to keep going,” Bondar said. “I just feel the need not to stop until we find him.” 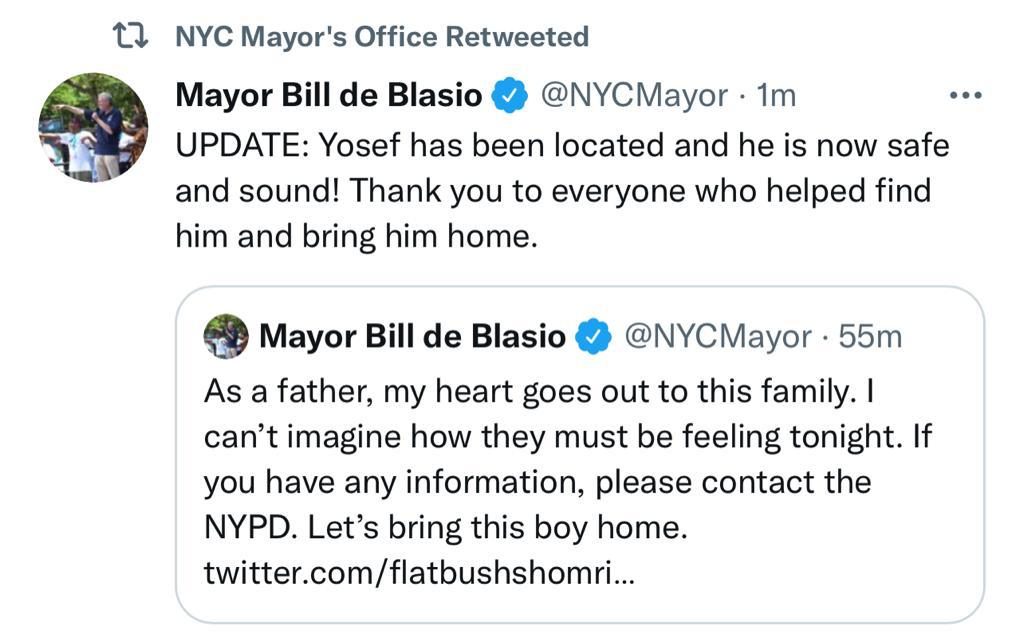 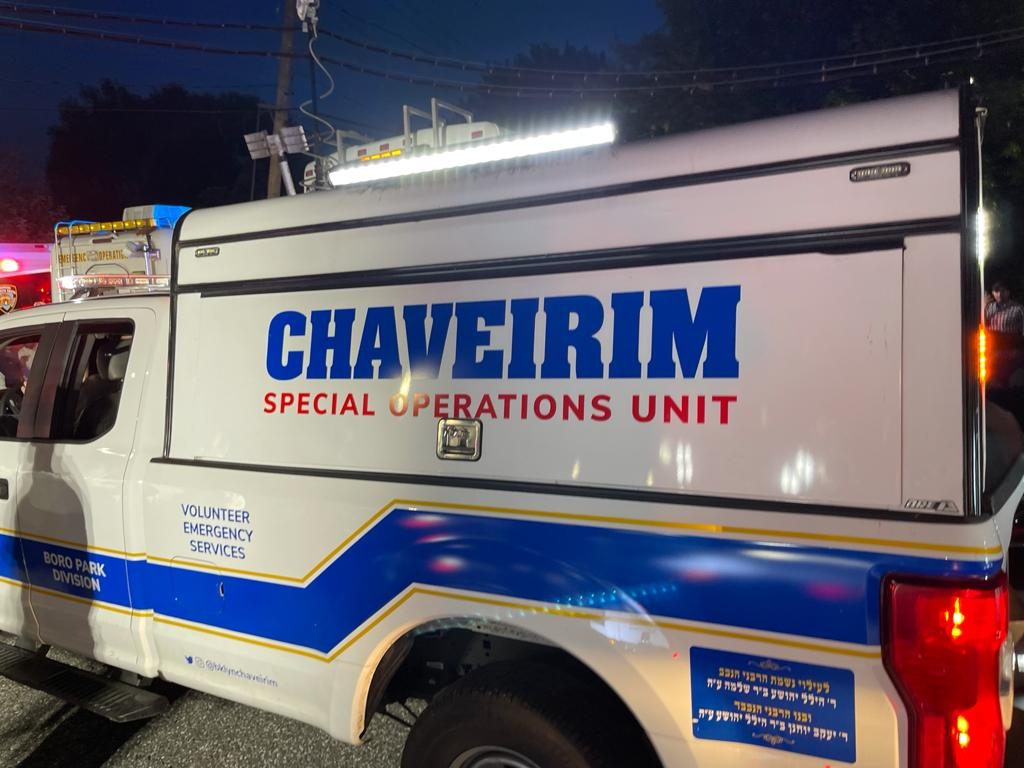 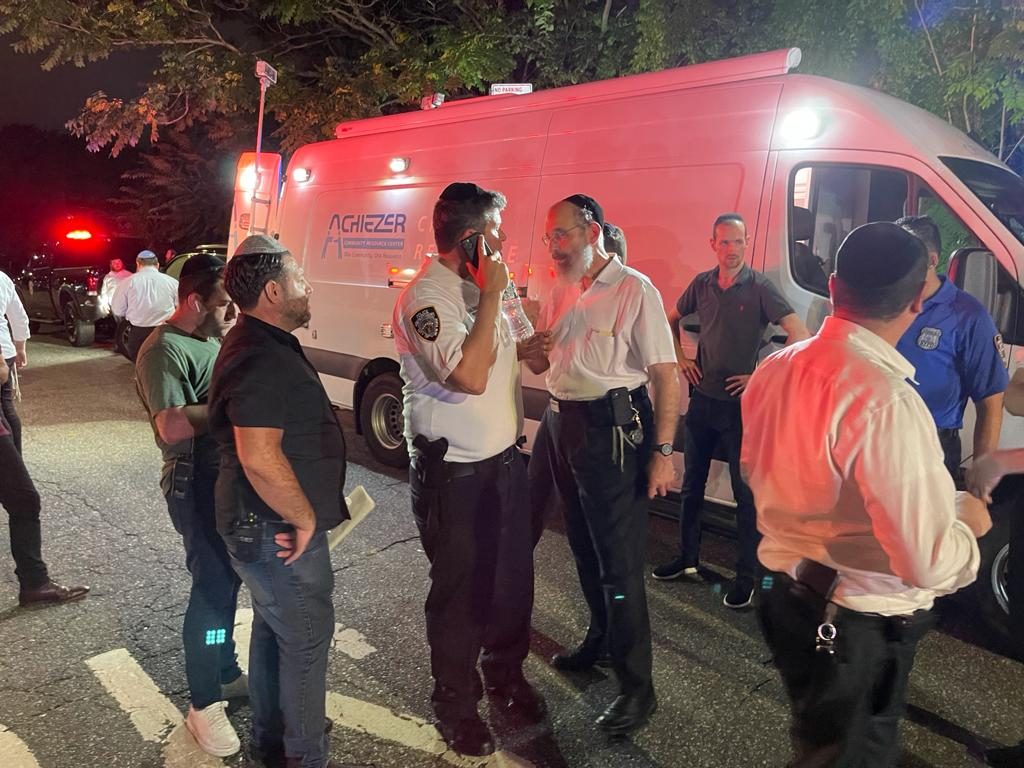 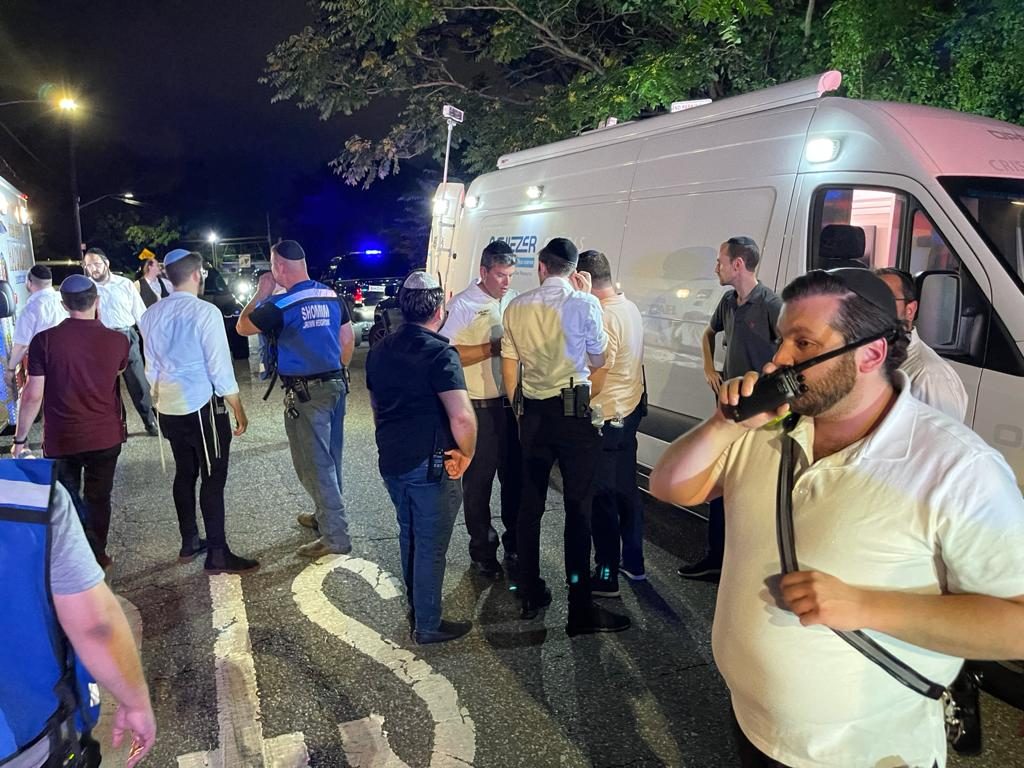