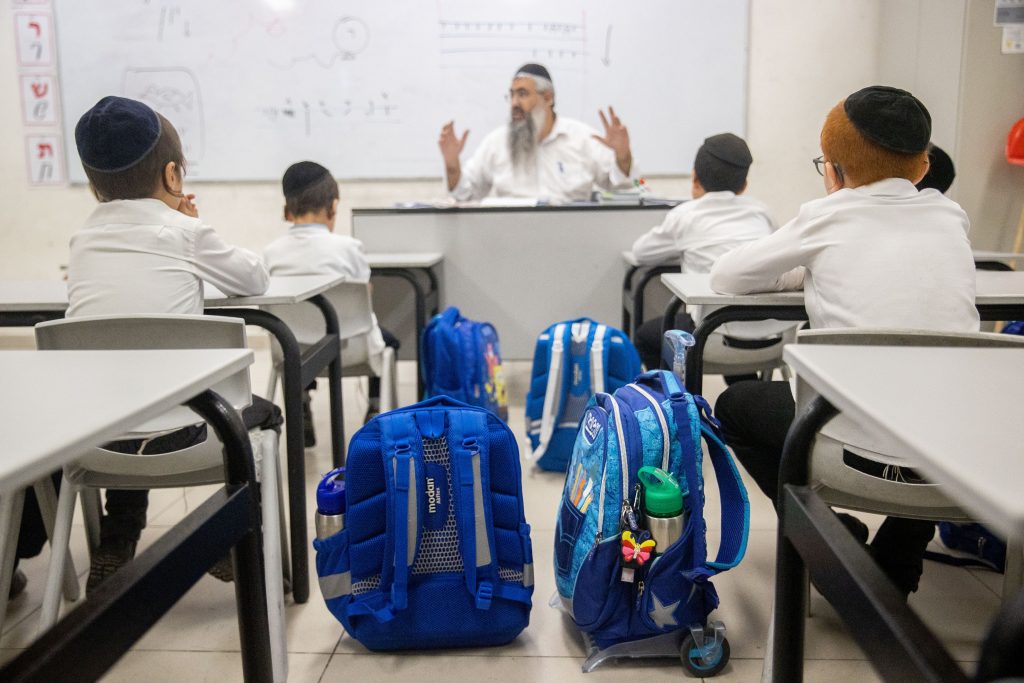 The latest screening has revealed that a much larger number of chareidi children in Israel have had the coronavirus, according to media reports on Tuesday.

Initial results from the testing carried out on Monday, as chareidi schools opened their classrooms, 21% of those aged 3-12 have COVID antibodies in their blood, Channel 12 news reported.

The tests were conducted on over 1,000 children in Elad, Bnei Brak, Modiin Illit, Beitar Illit and parts of Beit Shemesh.

In Elad, 24.2% of those tested were found to have antibodies; 17% were positive in Modiin Illit and 11% in Telz Stone, according to Ynet.

Research published Monday by Shaare Tzedek Medical Center in Yerushalayim indicated that between 10% and 30% of the city’s children under the age of 18 had already had the virus.

According to Health Ministry statistics, close to 10% of all Israelis have tested positive for COVID-19 so far since the beginning of the outbreak.

“At the moment there is very high responsiveness” to the testing, Dr. Itai Pessach, director of the children’s hospital at the Sheba Medical Center, told Ynet on Monday.

“The parents understand that a Green Pass allows their children to have regular classes, without quarantine, and that’s why the demand is very, very high,” he said.

Students who test positive for antibodies will receive a “green pass” and be exempt from quarantine if someone in their class comes down with the virus during the school year.