Politics Setting the Stage for the Next Debt Limit Showdown
Politics 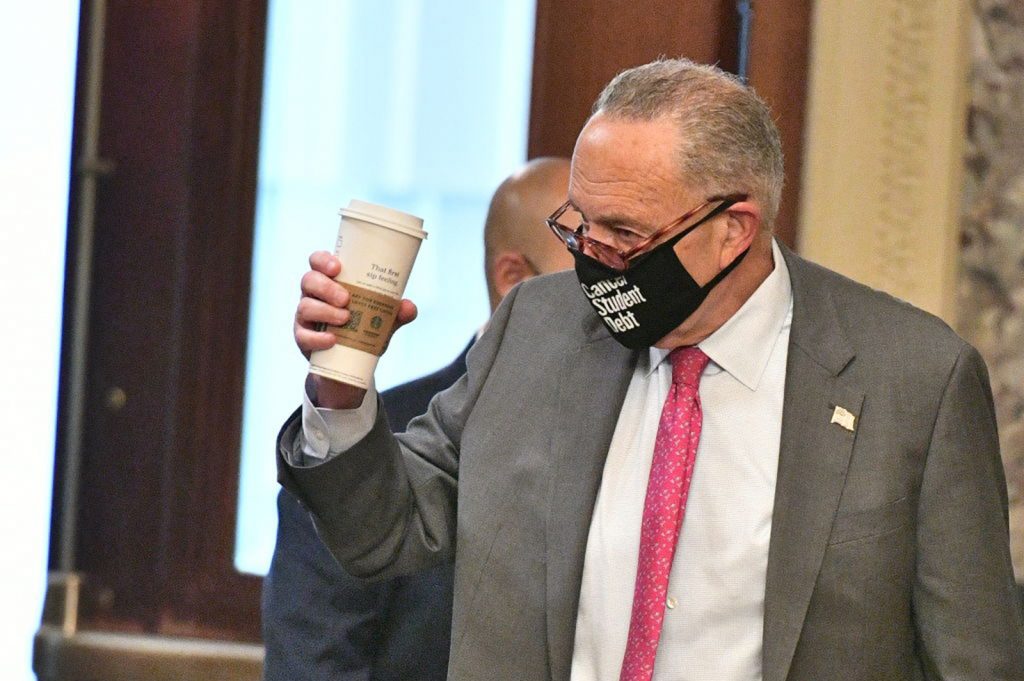 The Biden administration and lawmakers on Capitol Hill are laying down their markers for yet another standoff over meeting the government’s debt obligations, and they have plenty of history to guide them on how these things go.

This time, Senate Republicans are daring Democrats to go it alone through the budget reconciliation process — despite no such instructions to raise or suspend the debt limit being included in the fiscal 2022 budget resolution unveiled Monday by Senate Majority Leader Charles E. Schumer, D-N.Y., and Budget Chair Bernie Sanders, I-Vt.

If Schumer is expecting GOP votes, Republican senators will want concessions that reflect on their own policy agenda, despite the fact that the debt limit, as Treasury Secretary Janet L. Yellen stated in a letter to Congress Monday, was “accrued prior to the administration taking office” and reflects spending decisions by both Democrats and Republicans.

“The Democrats control the White House, the House and the Senate. If they want to raise the debt, they can do it in this budget reconciliation process. They can do it without any Republican votes,” Florida GOP Sen. Rick Scott told reporters Monday. “I oppose raising the debt ceiling without structural change.”

Minority Leader Mitch McConnell of Kentucky has repeatedly indicated the same sentiment, and his staff has sought to make clear that Schumer could move it as part of reconciliation without his help.

Appearing alongside Scott, who is also the chairman of the National Republican Senatorial Committee, Sen. Ron Johnson said Senate Republicans would want to exact a price for raising the debt limit through more regular order, as Yellen implored the legislative branch to do.

Since President Barack Obama signed the Budget Control Act into law on Aug. 2, 2011, there have been seven additional rounds of negotiating the terms of the debt limit and related fiscal policy.

Some of those have included broader agreements on spending, been attached to continuing resolutions or tied to other must-pass efforts. That could be the case again, with the Treasury Department already using extraordinary measures and likely needing action on the debt limit in September, around the time of the end of the government’s fiscal year. Budget deals in 2019, 2018 and 2015 suspended the debt limit after lawmakers arrived at agreements on setting discretionary spending on defense and nondefense programs, giving each side wins on their policy goals.