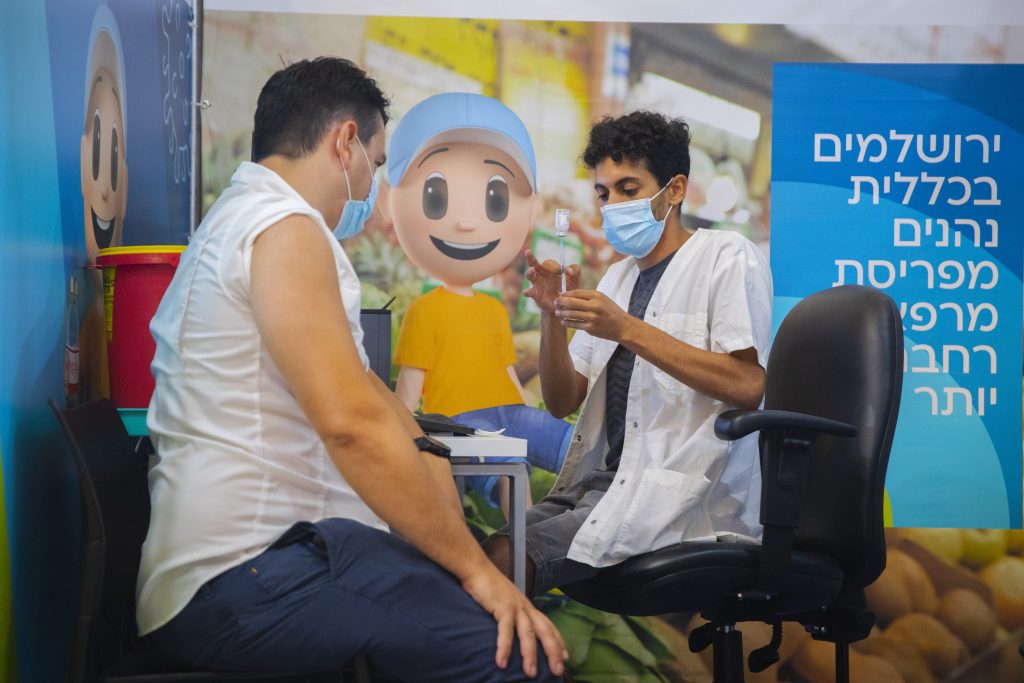 Israelis over the age of 60 who have been vaccinated are six times less likely to suffer a serious case of the coronavirus than the unvaccinated, according to The Times of Israel on Tuesday.

“They very clearly show that despite the highly infectious nature of the Delta variant, the vaccine is still kicking in and preventing serious illness,” Prof. Nadav Katz, a coronavirus statistician from the Hebrew University, was quoted as saying.

Meanwhile, research done at Beilinson hospital in Kfar Saba indicates that the booster shot has doubled the number of people with antibodies among the immunocompromised, which includes patients who have received heart, lung or kidney transplants, the Kan public broadcaster reports.

Among those who received a lung transplant, 33% developed antibodies after a booster while just 18% did so after the second shot. For those who got a heart transplant, 58% had an immune reaction compared with 31% after the first two doses.

No major side effects were observed apart from pain at the place of the injection.

Also on Tuesday, the government is considering recommending that when Green Pass rules renew — conditioning access to public spaces on proof of vaccination or recovery, or a negative test — they will be applicable for anyone aged 3 and up, a major policy change.

The Green Pass rules will likely be reimposed on most businesses, and public and private institutions, including swimming pools, gyms, academic campuses, all culture and sports events, conferences, exhibitions, museums, libraries, restaurants, hotels and more.

Prime Minister Naftali Bennett has ordered that COVID-19 booster shots start being given to Israelis aged 45 and up in the coming days, Channel 13 news reports.

Currently, the third vaccine doses are being offered only to those aged 60 and up.