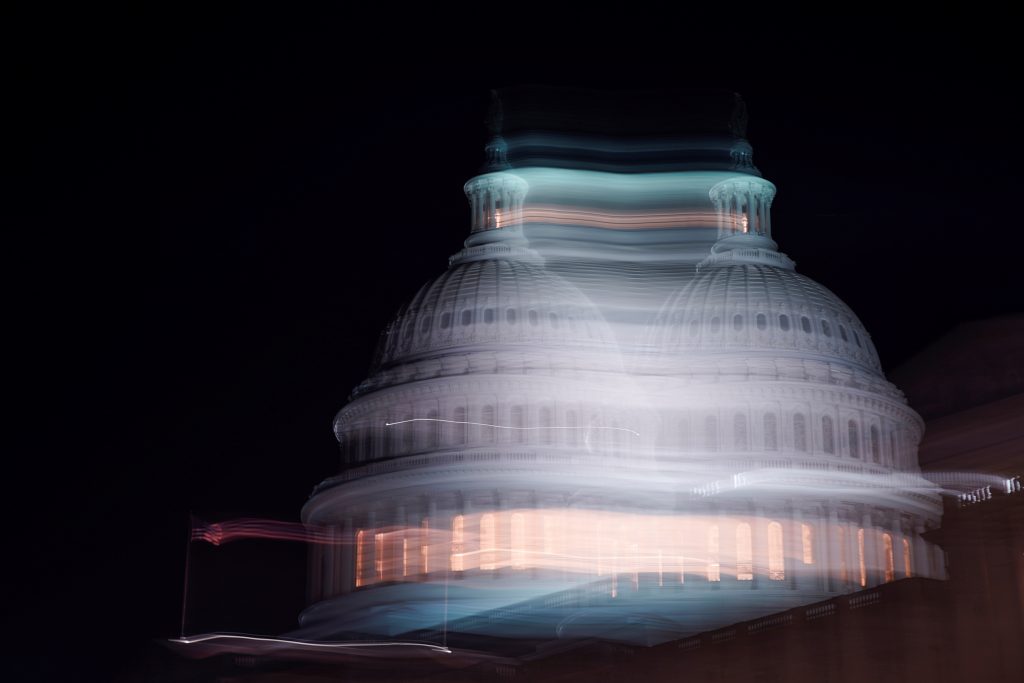 Following months of negotiation and delay, the Senate was inching closer on Monday to finishing a $1 trillion infrastructure spending bill, with a vote on passage of the bipartisan deal possible by Tuesday.

The legislation, which sits atop Democratic President Joe Biden’s domestic agenda, cleared an important procedural hurdle late on Sunday when the Senate voted 69-28 in support of the provisions contained in the 2,702-page plan.

The Senate also voted 68-29 to limit further debate to a maximum of 30 hours, setting up a potential vote on passage early on Tuesday.

It was still unclear whether senators would reach an agreement on possibly debating more amendments beyond the nearly two dozen voted on over the past week.

The massive spending bill is popular among many lawmakers because of the federal dollars it would deliver to their home states.

It aims to marshal construction projects across the United States aimed at repairing, expanding and improving roads, bridges, waterworks and schools, while also expanding high-speed internet service in underserved areas.

The Senate had been scheduled to begin a four-week summer recess, but instead found itself in session on both Saturday and Sunday, which saw little more than occasional speeches before the procedural votes.

Even with passage of the bill this week, senators will still not be able to go back to their home states or jump onto foreign trips popular during long recesses.

That is because Democratic Senate Majority Leader Chuck Schumer aims to launch immediately into debate of a budget framework that would provide the outlines for a $3.5 trillion “human infrastructure” bill that Democrats want to begin advancing in September.

It would include federal aid for home healthcare for seniors, along with possible immigration reforms and funding to address climate change.

Unlike the $1 trillion bill paying for traditional infrastructure projects, the larger one is not expected to gain Republican support. That would leave Democrats to pursue it under a special procedure known as “reconciliation” in which it could pass with a simple majority, instead of the 60 votes needed to advance most bills.

The Senate is split 50-50 between Democrats and Republicans, with Democrats claiming a majority thanks to Vice President Kamala Harris’s tie-breaking vote.

If the $1 trillion bill is approved by the Senate, as expected, the Democratic-led House of Representatives would still have to debate and vote on it, sometime after it returns in late September from its summer break.