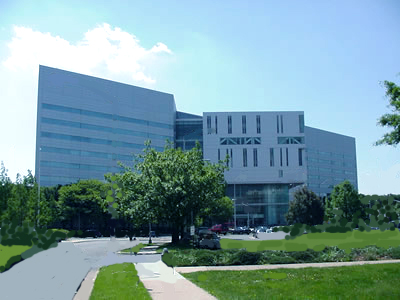 Agudas Yisrael of America submitted an amicus curiae (“friend of the court”) brief yesterday in New Jersey Supreme Court in a case concerning whether a religious institution has the constitutional right, free from judicial interference, to fire an employee who violated the institution’s religious beliefs.

When a Catholic school, St. Theresa School, terminated the employment of a teacher who flagrantly violated the religious beliefs and teachings of the school and the Catholic Church, the fired the employee, the teacher sued claiming discrimination.

The religious school argued that it had the right, under what has become known as the “church autonomy doctrine,” to make employment decisions in accordance with its religious beliefs, without any judicial interference.

The case, Victoria Crisitello v. St. Theresa School, was first heard by a trial court which agreed with the school, ruling that under the religious exemption to New Jersey’s law against discrimination and under the First Amendment to the United States Constitution, the case could not proceed. Doing so would require the court to conduct an intrusive and unconstitutional inquiry into the religious beliefs and practices of the school.

The teacher then appealed that ruling to the Appellate Division, which reversed the trial court’s decision, which ruled that the trial court could conduct an investigation into the school’s conduct in either firing or retaining employees who are known to have violated their school’s code of ethics, to see whether the school has applied this policy uniformly.

As explained by Mordechai Biser, Esq., Special Counsel to Agudath Israel, in its amicus brief, Agudath Israel argued that the Appellate Division’s decision would lead to an unconstitutional inquisition into a religious school’s religious beliefs and practices. The brief argued that religious schools “should be allowed to dismiss teachers whose conduct violates the basic tenets of those religious institutions, as this is essential for the autonomy of those schools.” The brief also stated that “[t]o allow civil courts to interfere with the autonomy of religious institutions to make employment decisions based on their religious tenets could undermine the ability of those institutions to carry out their religious missions, and result in both an unconstitutional infringement of their First Amendment Free Exercise rights and judicial entanglement in fundamentally religious questions in violation of the First Amendment’s Establishment Clause.”

Eric Rassbach and Daniel Benson, attorneys at the Becket Fund for Religious Liberty, researched and primarily wrote the brief. The Becket Fund is a Washington, DC based organization that has long advocated for religious freedom through direct litigation and through the submission of amicus curiae briefs in cases involving religious liberty.

“No religious school should be required to employ a teacher who is flagrantly violating the religious tenets of the school he or she is teaching in,” stated Rabbi Chaim Dovid Zwiebel, executive vice president of Agudas Yisrael. “It is our hope that the New Jersey Supreme Court will preserve the autonomy of religious schools and other religious institutions in New Jersey to make employment decisions in accordance with their religious beliefs and practices.”