Israel Health Ministry D-G: Impossible to Be Sure School Year Will Open on Time
CoronavirusIsrael 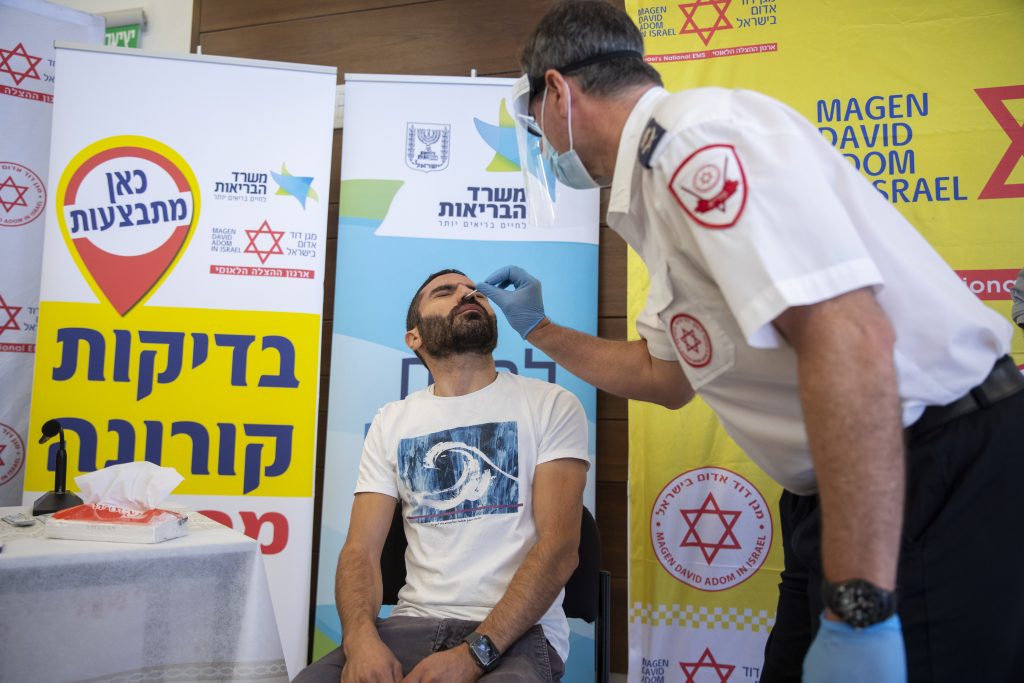 Amid a continued rise in serious coronavirus cases, Health Ministry Director-General Professor Nachman Ash said on Sunday that it was “impossible to say for sure” if the school year would open as planned on Sept. 1, suggesting that a lockdown could be implemented over the chagim next month.

“We really don’t want to get to a lockdown. We’re trying all the steps not to reach that place, but in a certain situation where there is a heavy burden on the health system to the point of fear of its collapse, there will be no choice,” he said during an interview with 103FM radio.

“We do plan to open the school year on September 1, but it is impossible to say for sure. After the chagim, we want the education system to be fully active, with in-person studies, and we need to be prepared for that,” he said.

With talk swirling of a possible lockdown during the coming chagim, Ash said a closure then would take a smaller toll on the economy than during other months.

“The fact that the economy would be less affected in some ways in September is also one of the considerations, but in the main consideration is not to get to a place that could collapse the health system,” he said.

“In my opinion, a lockdown is an effective tool. It comes with a very difficult price; it is not a tool we want to use at an early stage. In the end, every time we implemented a lockdown, morbidity went down.”

On the other hand, Health Minister Nitzan Horowitz said a lockdown was a last resort and would be avoided as long as possible.

Ash said that the number of patients in critical condition was the key decider for whether to implement a lockdown.

Horowitz told reporters that the government was “working together with local authorities and educational institutions across all of Israel to encourage vaccinations [among Israeli youth], starting with the chareidi sector, who began school on Sunday, Rosh Chodesh Elul.

He explained that the program would “cost money, but it is nothing compared to what a lockdown would cost the economy.”

The government initially wanted to work with the schools directly, but Education Minister Yifat Shasha-Bitton said last week that she opposed the move.

Prime Minister Naftali Bennett and Interior Minister Ayelet Shaked decided to bypass the education minister’s opposition and work with the local authorities instead.

They also decided to financially reward schools that have a high percentage of vaccinated children and set up mobile vaccination sites outside schools that report low inoculation rates.

In any case, Horowitz said, if the morbidity rate continued to rise, the government would have no choice but implement a lockdown.

Channel 12 reported on Friday that Health Ministry officials have indicated that a lockdown would be necessary if and when Israel reaches 600 to 700 seriously ill patients.