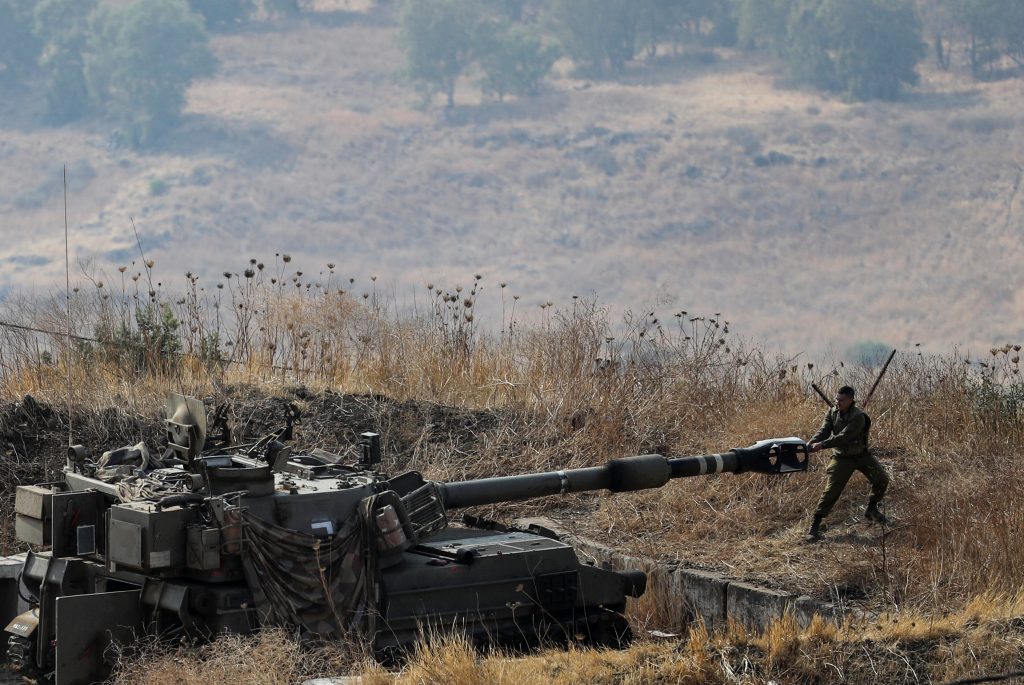 The leader of Iranian-backed Lebanese terror group Hezbollah Hassan Nasrallah said on Saturday that his group had chosen to respond to Israeli airstrikes on open land, but could escalate its actions in the future.

No strikes were reported on Saturday, and no casualties have been reported thus far.

On Friday, Hezbollah fired rockets towards Israeli forces, drawing retaliatory fire from Israel into south Lebanon. Both sides targeted open land, indicating that they did not wish to escalate the salvos further.

In a speech commemorating the end of the 2006 war with Israel, Nasrallah said this week’s Israeli airstrikes were a “dangerous development” that had not been seen in the last 15 years.

He said the group wanted to show any Israeli airstrike would be responded to in “the appropriate and proportional way.”

“We chose yesterday open land in the Shebaa Farms area to send a message, and to take a step, and we can later escalate by another step,” Nasrallah said.

Nasrallah said that Hezbollah’s options included a response on any open land in “northern occupied Palestine,” the Galil, or the Golan Heights.

The exchanges began on Wednesday with a rocket strike on Israel from Lebanon for which no group claimed responsibility. That attack, on which Hezbollah has not commented, drew retaliatory Israeli artillery and airstrikes.

Meanwhile, Israel said that it had no wish for an escalation on the northern border.

Speaking to the media following a meeting between Prime Minister Naftali Bennett, Defense Minister Benny Gantz, IDF Chief of Staff Aviv Kochavi and other security officials, an IDF spokesman said that Hezbollah had deliberately fired the rockets at open areas and not populated cities like Kiryat Shemona.

“This is the terror group’s attempt to show that it controls the region in southern Lebanon after a rogue Palestinian faction fired rockets at Israel on Wednesday,” the spokesman said, referring to an attack in the Kiryat Shemona area two days earlier that led to the IAF strike.

“We have no interest in intensifying the conflict or in starting a war, but we will not let the border area become an active front line,” he said, adding that the IDF will maintain its superiority in the air over southern Lebanon.

The spokesman also said that the Lebanese army had seized the rocket launcher responsible for the barrage.

The IDF warned that the strikes would continue and even increase in response to terrorist attacks on Israel and said the Lebanese government would be held responsible.