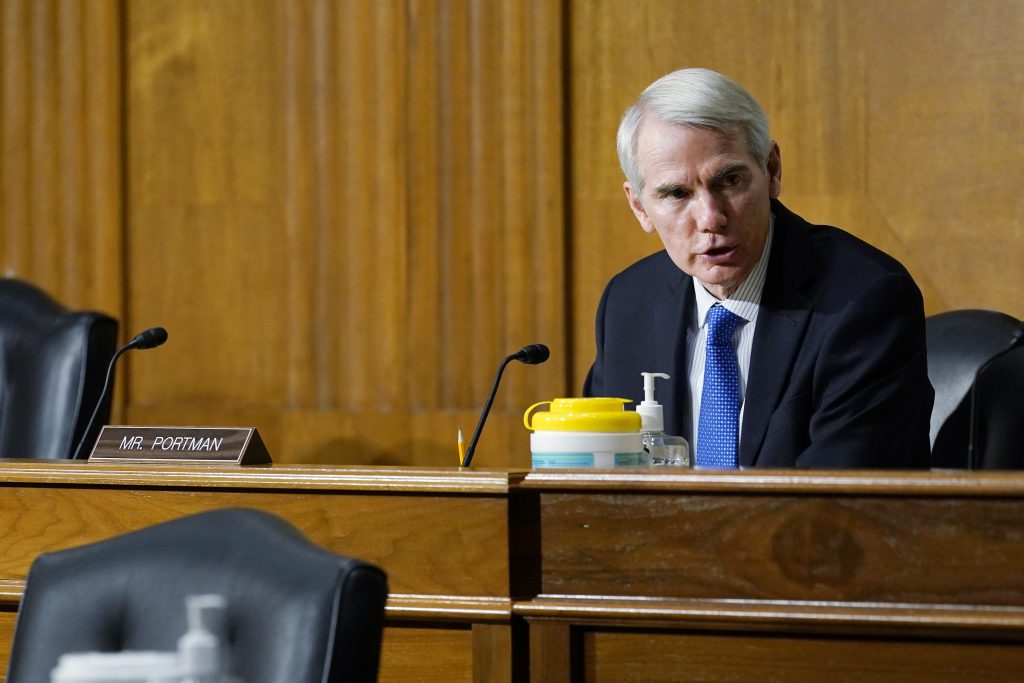 A $1 trillion bipartisan infrastructure bill on Thursday faces its biggest test of this week’s Senate debate when the nonpartisan Congressional Budget Office (CBO) delivers its judgment on whether the measure fulfills a promise of not adding to Washington’s budget deficits.

Negotiators on the bill, which would fund construction projects ranging from road and bridge repairs to expanding broadband internet service, have argued that its $550 billion in new spending was being financed in large part by transferring money from existing programs.

“As a life-long Cincinnatian, I’ve seen firsthand the dire need to invest in a solution for the aging Brent Spence Bridge” that spans the Ohio River, Portman said.

Increased economic activity related to new construction jobs and business growth stemming from the $1 trillion in investments were expected to spur government revenue collections, although maybe by not as much as lawmakers hope.

If the CBO concludes lawmakers have fallen short in crafting a deficit-neutral bill, it could prompt some Republican senators to oppose the legislation after showing support in two early procedural votes.

In late July, 17 Republicans joined 48 Democrats and two independents in voting to advance the bill.

Those 67 votes are comfortably more than the 60 votes needed to pass the legislation.

No more than seven Republicans could cite newfound fiscal concerns and abandon the legislation on a final vote for it to still have enough support to pass, assuming all 50 Democrats and independents stay on board.

Among the 17 Republicans who gave an early green light are fiscal conservatives including Charles Grassley, John Hoeven and Kevin Cramer.

Conversely, a good grade from the CBO could prompt Senate Majority Leader Chuck Schumer to move to limit debate in order to wrap up work on the bill promptly, especially if senators felt they had adequate opportunity since Monday to offer their amendments.

It also would give Republicans, who are campaigning in the 2022 congressional elections against Democrats’ other big-ticket spending bills, reason to argue that this infrastructure bill would bring long-needed repairs to publicly owned facilities without adding to the nation’s $28.6 trillion debt.

If and when the $1 trillion bill passes, the Democratic-controlled Senate will then turn its attention to ramming through a $3.5 trillion “human infrastructure” budget framework that Republicans oppose by using a special procedure temporarily scrapping the 60-vote threshold for bills to advance.

It would finance more home health care and child care, along with climate change and immigration initiatives – projects that President Joe Biden wants to pay for in part with tax increases on the wealthy.