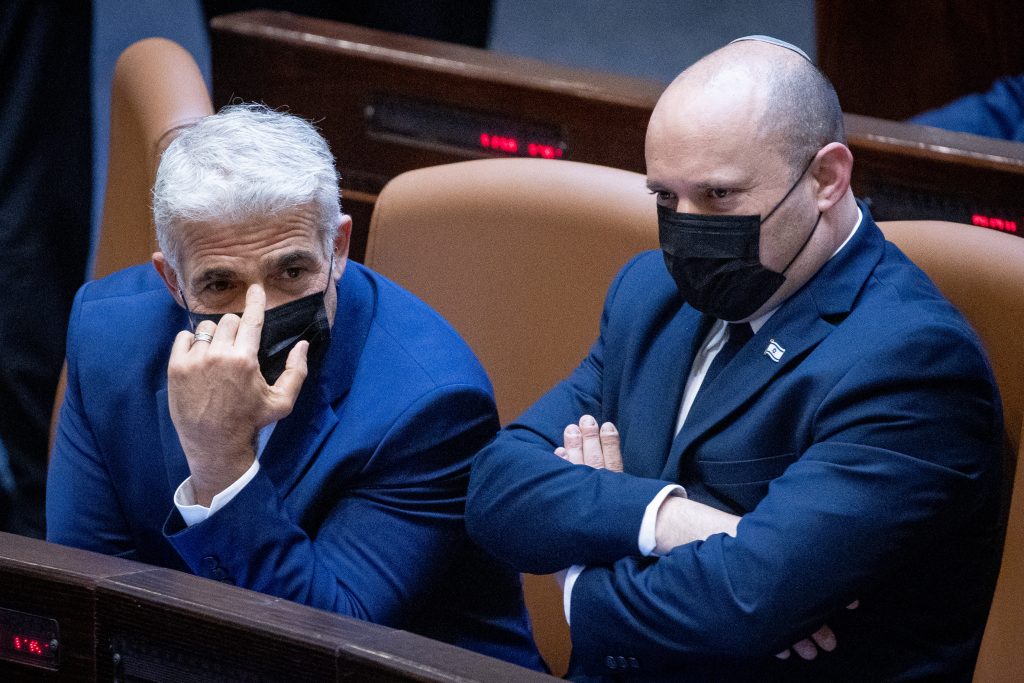 Foreign Minister Yair Lapid and Finance Minister Avigdor Liberman are facing harsh public criticism after it was reported that the two do not attend the Coronavirus Cabinet meetings and send proxies to the most important meetings that determine the country’s immediate future.

Lapid, who also serves as alternate prime minister and has not participated in any of the crucial debates since the formation of the new government, contrary to what is required by law, claimed Wednesday night that he “does not need to be part of the Coronavirus Cabinet discussions because it is not part of his area of practice or expertise.”

“The foreign minister should not be part of the Corona Cabinet discussions and it is better that the local tourism minister attend them, because the Cabinet decisions have a direct impact on the tourism market,” a statement from his office claimed.

He supports Prime Minister Naftali Bennett and “participates in decisions when I am required and accept the collective responsibility as part of being a minister in the government.”

Despite the economic implications of Cabinet decisions, Liberman stated Thursday that he had appointed Hamed Amar as his representative in the Coronavirus Cabinet. In addition, the professional echelon of the Finance Ministry is present at the Cabinet meetings and takes “an active part” in decisions, he asserted.

“The finance minister remains up-to-date throughout and participates in decisions relevant to the Israeli economy and economy,” he said.

Former Prime Minister Binyamin Netanyahu charged that “while Bennett is dragging Israel into a lockdown, Lapid is not coming to the Coronavirus Cabinet discussions at all.”

“Bennett is leading to a full closure because he was delayed for six weeks after I asked to bring the third vaccine. Why?” he demanded.

MK Yisrael Katz, former finance minister, sharply attacked Liberman, saying that he “pays no attention to the Prime Minister, nor to the alternate one.”

“There is no leadership and handling of key issues here, they do not think Bennett is the prime minister,” he told Army Radio on Thursday.

Former Minister Rabbi Aryeh Deri said he was “shocked to hear” that Lapid and Liberman are regularly absent from the Coronavirus Cabinet discussions.

“As a government minister who has played a key role in dealing with the coronavirus crisis, the discussions in the Coronavirus Cabinet are critical and impact on the lives of all of us. I have never encountered such blatant contempt of the public on the part of government ministers and an escape from responsibility. This is anarchy. What a disgrace.”