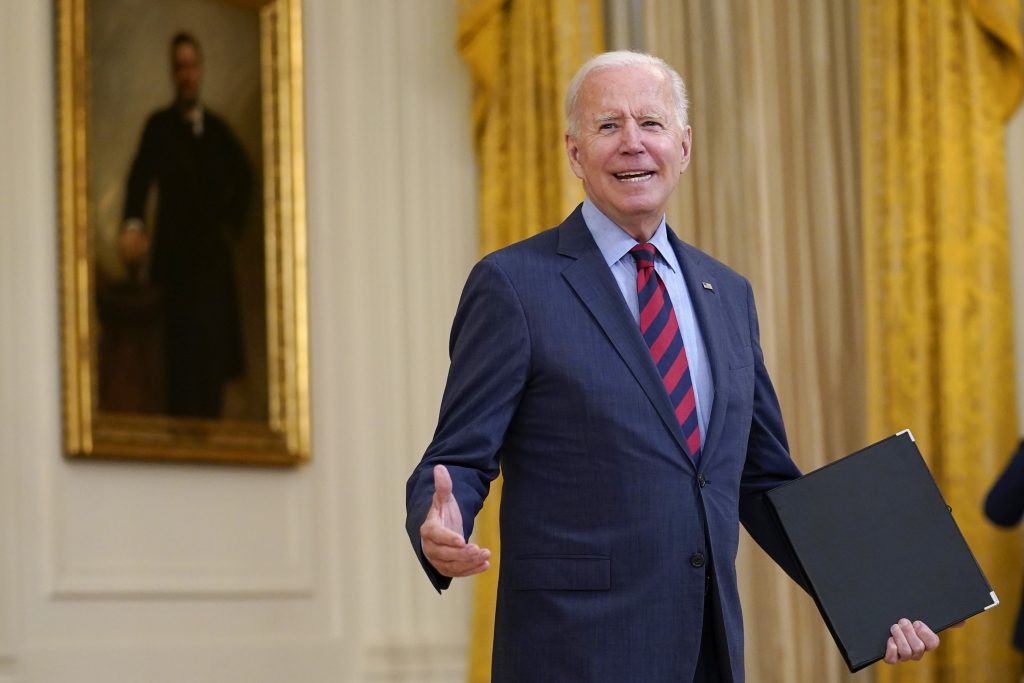 President Joe Biden may have averted a flood of evictions and solved a growing political problem when his administration reinstated a temporary ban on evictions because of the COVID-19 crisis. But he left his lawyers with legal arguments that even he acknowledges might not stand up in court.

The new eviction moratorium announced Tuesday by the Centers for Disease Control and Prevention could run into opposition at the Supreme Court, where one justice in late June warned the administration not to act further without explicit congressional approval.

Landlords from Alabama whose bid to lift the earlier pause on evictions failed returned to federal court in Washington late Wednesday, asking for an order that would allow evictions to resume.

The administration is counting on differences between the new order, scheduled to last until Oct. 3, and the eviction pause that lapsed over the weekend to bolster its legal case. At the very least, as Biden himself said, the new moratorium will buy some time to protect the estimated 3.6 million Americans who could face eviction from their homes.

Some legal scholars who doubt the new eviction ban will stand up say its legal underpinnings are strikingly similar to the old one.

Nicholas Bagley, a University of Michigan law professor, said he expects landlords “all over the country to turn immediately to the courts in an effort to secure a preliminary injunction,” an order that would effectively allow evictions to resume.

The basic legal issue is whether the CDC has the authority in the midst of a public health crises to impose a pause on evictions, under existing federal law that dates to 1944.

U.S. District Judge Dabney Friedrich ruled in May the CDC exceeded its power under that law, a decision Bagley called “measured and sensible.” But Friedrich kept her ruling in favor of the Alabama landlords on hold pending appeal.

In June, the Supreme Court voted 5-4 to allow the moratorium to remain in place through the end of July, even though one justice in the majority, Brett Kavanaugh, wrote that he believed CDC lacked authority to order it. Extending the moratorium any further, Kavanaugh wrote, would be possible only with “clear and specific congressional authorization (via new legislation).”

In the landlords’ new court filing, lawyer Brett Shumate wrote that “the CDC caved to the political pressure by extending the moratorium, without providing any legal basis.” The administration has until early Friday to respond.

Congress has not acted. Neither the House nor Senate had the votes for a temporary extension, and Speaker Nancy Pelosi did not so much as hint Tuesday that she would try to move legislation through the House.

“Today is a day of extraordinary relief. Thanks to the leadership of President Biden, the imminent fear of eviction and being put out on the street has been lifted for countless families across America. Help is Here!” Pelosi said in a statement.

Biden was told a new nationwide moratorium, like the one that just expired, would likely be blocked by courts, according to a senior White House official who spoke on condition of anonymity.

But the administration went ahead without Congress weighing in, after officials devised a plan with enough changes to, they hope, make it less vulnerable to court challenges.

White House press secretary Jen Psaki insisted Wednesday that Biden, who has a law degree, would not have supported it if he was uncomfortable with the legal standing or approach, despite the doubts he aired publicly a day earlier.

“This is a narrow, targeted moratorium that is different from the national moratorium. It’s not an extension of that,” Psaki said.

Pelosi helped recruit Harvard University Professor Emeritus Laurence Tribe to work on a solution and persuade the White House that a narrower moratorium could stand up in court, according to a person who was granted anonymity to discuss private conversations.

The new order protects renters only in parts of the country where there is significant COVID-19 transmission, though in practice it initially covers areas where 90% of the U.S. population lives. Evictions can resume once there is a lasting reduction in new infections.

The differences are significant, some legal scholars said.

“What this does is very directly link the moratorium to the control of COVID-19,” said Emily Benfer, a Wake Forest law professor who studies health and housing. With all the information that is now known about the new delta variant, “the war on COVID has changed” since last time the question of the moratorium was before the Supreme Court, she said.

Brianne Gorod, of the liberal Constitutional Accountability Center, also cautioned against reading too much into Kavanaugh’s one-paragraph comment on the moratorium from late June.

Courts will “consider how the spread of the delta variant and its significant transmissibility make clear the need for this more targeted moratorium,” Gorod said.

The 6th U.S. Circuit Court of Appeals, which encompasses Tennessee, Kentucky, Michigan and Ohio, ruled in late July in a separate lawsuit that CDC lacks the authority to issue pauses on eviction. And the CDC order itself says it does not apply “to the extent its application is prohibited by federal court order.”