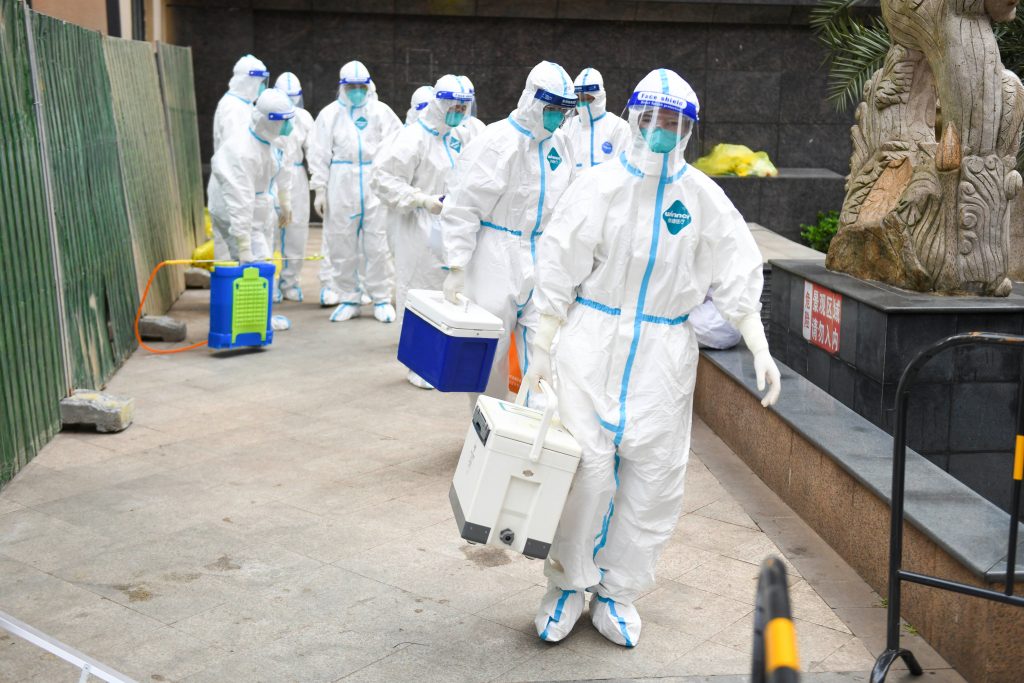 The global surge in cases is highlighting the widening gap in inoculation rates between wealthy and poor nations. Cases are rising in about one-third of the world’s countries, many of which have not even given half their population a first dose.

The World Health Organization (WHO) on Wednesday called for a moratorium on COVID-19 vaccine boosters until at least 10% of the population in every country was vaccinated.

The Delta variant is upending all assumptions about the virus and roiling economies, with disease experts scrambling to find whether the latest version of coronavirus is making people, especially unvaccinated individuals, sicker than before.

At least 2.6% of the world’s population has been infected since the pandemic started, with the true figure likely higher due to limited testing in many places. If the number of infected people were a country, it would be eighth most populous in the world, behind Nigeria, according to a Reuters analysis.

It took over a year for COVID-19 cases to hit 100 million mark, while the next 100 million were reported in just over six months, according to the analysis. The pandemic has left close to 4.4 million people dead.

The countries reporting the most cases on a seven-day average – the United States, Brazil, Indonesia, India and Iran -represent about 38% of all global cases reported each day.

The United States accounts for one in every seven infections reported worldwide. U.S. states with low vaccination rates such as Florida and Louisiana are seeing record numbers of COVID patients hospitalized, despite the nation giving 70% of adults at least one vaccine shot. The head of one Louisiana hospital warned of the “darkest days” yet.

Countries in Southeast Asia are also reporting rising cases. With just 8% of the world’s population, the region is reporting almost 15% of all global cases each day, according to a Reuters analysis.

Indonesia, which faced an exponential surge in COVID-19 cases in July, is reporting the most deaths on average and surpassed 100,000 total deaths on Wednesday. The country accounts for one in every five deaths reported worldwide each day. The Southeast Asian nation aims to gradually reopen its economy in September, Health Minister Budi Gunadi Sadikin said on Monday, citing that the wave of infections had passed its peak, with daily confirmed cases on the decline.

After suffering its worst outbreak in April-May, India is once again seeing a rising trend of cases. Last Friday, the country reported 44,230 new COVID-19 cases, the most in three weeks, fuelling worries of a third wave of infections that has forced one state to lockdown.

China’s Wuhan city, where the virus first emerged in late 2019, will test its 12 million residents for the coronavirus after confirming its first domestic cases of the Delta variant. The city had reported no local cases since mid-May last year.

The variant, first detected in India, is as contagious as chickenpox and spreads far more easily than the common cold or flu, the CDC said in an internal document.

A key issue, said Dr. Gregory Poland, a vaccine scientist at the Mayo Clinic, is that the current vaccines block disease, but they do not block infection by keeping the virus from replicating in the nose.

As a result, he said, “the vaccines we have currently are not going to be the be-all, end-all,” he said. “We are now in a scenario of our own making, where this is going to be years to decades to now defeat. … And we’re going to chase our tail with variants until we get a type of vaccine that offers infection and disease-blocking capabilities.”